Railroads to Spend Less of Revenue on Capital Projects

Railroads to Spend Less of Revenue on Capital Projects 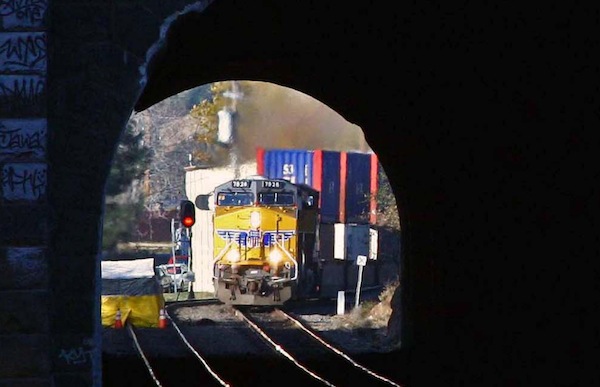 The major North American railroads will spend slightly more to expand their networks in 2013, but the share of revenue to be spent on capital projects appears to be slipping.

That’s likely a result of railroads forecasting weak to moderate volume growth, and having to implement costly federally mandated crash-avoidance systems. Much of the $15.5 billion that U.S. and Canadian Class I railroads will spend on capital projects will focus on improving intermodal and energy-related services. U.S. railroads saw volume rise 0.24 percent year-over-year in 2012, while Canadian rail traffic rose 0.84 percent in the same period, according to a Journal of Commerce analysis.

“In most cases, the Class I railroads have ample capacity to handle incremental volume,” wrote Stifel Nicolaus analyst Michael Baudendistel. “The exception is in the growing freight areas including infrastructure to support intermodal and energy-related volume.”

With this in mind, most of the revenue growth railroads will see this year will come through pricing gains, not volume increases, he wrote. The industry will do little to expand its equipment fleet, while shippers and leasing companies will be the main recipients of railcars this year.

The capital investments in Canada and the U.S. are expected to represent about 18 percent of the industry’s total revenue in 2013, a 0.7 percentage point decrease from the previous year, Baudendistel wrote in the Feb. 6 research note. Stifel Nicolaus, an investment research firm, estimates capital investments will be about 0.3 percent higher this year than in 2012.  Of the $24.5 billion railroads will spend on U.S networks this year, about $13 billion will go toward upgrading and expanding capacity, according to the Association of American Railroads.

“While most other transportation modes rely on government funds, America’s freight railroads operate on infrastructure they own, maintain and upgrade to serve their customers and power our economy,” AAR President and CEO Edward Hamberger said in a statement.

Aside from lackluster volume growth, the installation of positive train control also appears to be causing the industry to spend less of their revenue on capital projects. Baudendistel expects railroads to spend more this year than last on the roughly $12 billion mandate. The industry is hoping Congress extends the deadline past the end of 2015, with the most likely legislative vehicle being a freight and passenger rail safety bill the House wants to tackle this session. But despite the railroad industry’s ability to shave off some PTC requirements, the Federal Railroad Administration has shown no sign in relenting on the mandate.

“Rail is already a very safe mode; and the industry today is as safe as it’s ever been,” FRA Administrato Joseph Szabo said Tuesday at a Railway Age International Conference in Washington. “But PTC is an advancement that will allow us to do better — and that’s why we continue to fully support its implementation.”

He said the agency has spent more than $6 million on PTC test pilots and $50 million to deal with PTC technology issues. Despite the help, the railroads have had to do most of the heavy lifting themselves, and the high costs have challenged smaller short line railroads. Railroads have complained that the cost of meeting the mandate is rising and some of the technology isn’t available. The FRA appears to realize the industry won’t meet the end of the 2015 deadline and in August recommended Congress give the industry some more breathing room.