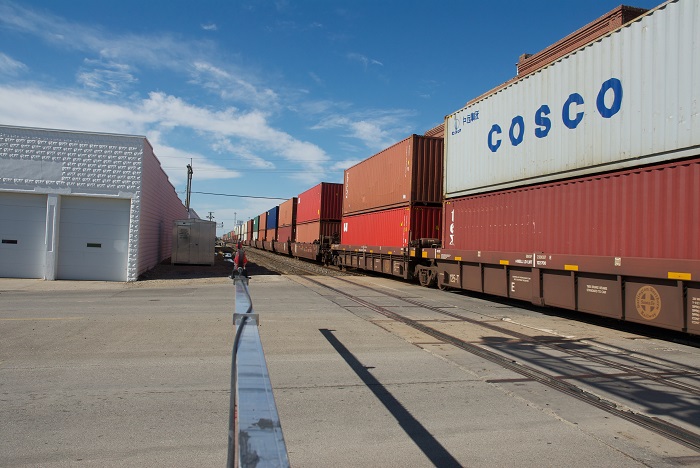 Along with organic growth from a stronger US economy, railroads have also experienced spillover volume from a capacity-tight US trucking market. Photo credit: Shutterstock.com.

Amid rail services issues, US shippers are encouraged that the Wednesday approval of two nominees to the top rail regulatory agency will provide them with faster relief.

A railroad shippers coalition praised a US Senate committee for action regarding the Surface Transportation Board (STB), a federal agency stuck in neutral and unable to effectively regulate with only two current members. The Committee on Commerce, Science, and Transportation sent the nominations of Patrick Fuchs and Michelle Schultz to the full floor. If confirmed by the full Senate, they would join Ann Begeman and Deb Miller on the agency’s board.

The Rail Customer Coalition, a group of frustrated shippers, are pushing for a quick confirmation of Fuchs and Schultz. Since there are only two members, the STB has only a limited ability to study and rule on rate disputes and competition on the rail networks. Under the Government in the Sunshine Act, also known as the sunshine law, a quorum of members cannot meet to discuss pending matters in private. Begeman and Miller, therefore, cannot directly discuss official business, and although there is a workaround being utilized right now, it remains virtually impossible for the STB to rule on any topic. If Fuchs and Schultz were to join, however, then the four-person membership would allow two to meet legally in private on official business.

“It would be a gamechanger for me to walk into Deb’s office and talk to her about a particular issue,” Chairwoman Begeman told members of the House Subcommittee on Railroads, Pipelines, and Hazardous Material on April 17. “Imagine what your workload would look like if you couldn’t talk to each other?”

“For me, I always felt I learn a lot by working with colleagues, hearing their questions, having a better understanding about how they read a situation and how it might be different than how I read it,” Miller told the subcommittee. “I have often felt that we could and would reach better decisions if we had more robust conversations among the board.”

Rail shippers believe the ability to go beyond information gathering and into active deliberations would speed up the process to address their concerns.

Poor service is one area of concern in recent months with the speed and dwell times of most Class I railroads deteriorating in Chicago, Detroit, Houston, Dallas-Fort Worth, Atlanta, and Memphis, Tennessee. The railroads blame the weather but rail shippers believe the issues reflect the corporate culture of these railroads to maximize shareholder value through lowering operating ratios. The railroads insist that customer service is a top priority for them too.

“Automakers have been especially challenged by rail service declines in recent years. That’s not only a challenge for getting vehicles to customers and dealerships across the country, but rail service declines also add transport and storage costs at off-site locations when inventory exceeds plant capacity. We look forward to working with Patrick Fuchs and Michelle Schultz once they are formally confirmed by the US Senate,”  said David Schwietert, executive vice president of the Auto Alliance.

The major issue for rail shippers is known as reciprocal switching or forced access. Shippers claim that it is unfair to be captive to one railroad provider serving their facilities and introducing a mechanism to allow competitors to serve them would keep prices in check. These shippers believe rates are unreasonable in nature, in some cases, but they do not have a rail alternative and trucks generally cost even more money in the long run. Reciprocal switching, they argue, would solve these worries over monopolistic practices.

Railroads, on the other hand, contend that reciprocal access is actually forced access and opening track to competitors would create logistical nightmares on rail networks. They also add that there are existing mechanisms within the STB agency to address unfair pricing practices without creating new rulemaking.

“I am not satisfied with the rate methods that the board currently has, particularly for grain shippers and smaller shippers that cannot afford filing multi-million dollar cases and paying lawyers for five years to bring a case that they may or may not win,” Begeman said during the subcommittee meeting. “We’ve established a task force that’s going to try to find us a better solution.”

Donna Harman, CEO of the American Forest & Paper Association, hopes the two nominees, when officially confirmed, will also play a key role in solving some of these issues.

“As one of the largest manufacturing sectors in the nation, we rely on the nation’s rails to move millions of tons of materials to production mills and final markets. Revoking the outdated commodity exemption policy and addressing harmful service failures and higher pricing will help ensure the accessibility of effective, streamlined, and competitive rail service to our companies and all rail customers,” she said in a statement.