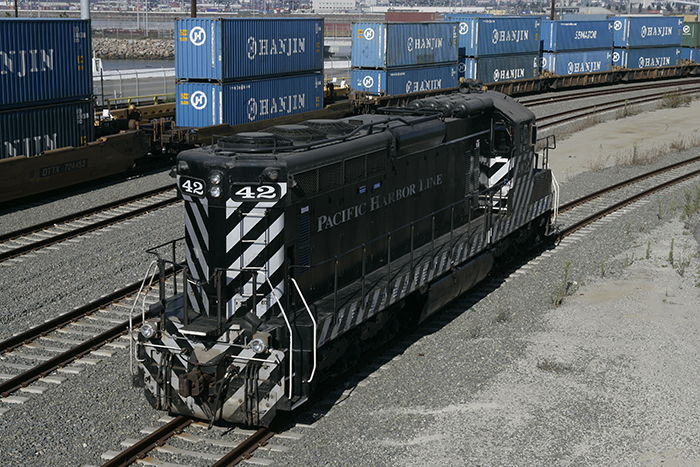 US railroads, like the rest of the global supply chain, are still trying to figure out what to do with Hanjin Shipping containers and cargo.

North American railroads are sending mixed messages to shippers coping with the fallout of the recent Hanjin Shipping line collapse.

A day after the South Korean ocean carrier announced that it had filed for court protection after losing the support of its banks in South Korea, Class I railroads in the United States and Canada were grappling with how to respond to the breaking news; some agreeing to load Hanjin shipments until further notice, others outright refusing to accept any shipments from the carrier, and most declining to outline their protocol at all.

Shippers worldwide are being forced to pay transportation providers in order to free thousands of containers transported by Hanjin and stranded on ships refused entry to ports or held by terminals reluctant to release the cargo until payment is made. Getting containers released from providers who are performing services in advance of being paid, and then re-booking the cargo and transporting it on other carriers will be a costly exercise — that’s if providers and carriers are even willing to release or handle the cargo.

Canadian National Railway has said that existing discharged freight at West Coast port locations are being loaded onto the CN network and will be available for outgate at destination CN terminals, according to a special bulletin to customers. CN will also continue to accept empty Hanjin containers across its network. The railroad added that last position may be subject to change.

“If this position changes, we will notify your organization,” CN told shippers in the special bulletin obtained by JOC.

A Hanjin vessel that arrived at the CN-served Port of Prince Rupert — the Hanjin Scarlet, according to data from AIS Live, a sister product of JOC.com within IHS — was not being worked as of midday Thursday, according to the railway.

“As we understand it, both CN Rail and DP World are reviewing their options and will make a decision regarding working the vessel as soon as possible,” the railroad said. “There are questions of payments already due from Hanjin and questions of 'post-receivership' payments for their services.”

CN said it expects to update those customers affected soon and that any decision reached “will of course also consider the cargo owner — customer's — need to receive their goods as expeditiously as possible.”

“These restrictions apply to loaded and empty equipment moving under Hanjin’s control,” NS said in a customer advisory Wednesday.

While BNSF Railway did say it was working with shippers to respond to the Hanjin news, a railway spokeswoman would not go into details regarding the railway's protocol.

"BNSF teams are working with Hanjin and individual cargo owners to facilitate solutions for the freight that was moved by Hanjin and is now at BNSF facilities," spokeswoman Jessa Lewis told JOC.com Thursday.

Likewise, neither Union Pacific Railroad nor Canadian Pacific Railway nor CSX Transportation would comment as to the particulars of their response to the fallout. UP and CSX specifically cited confidentiality obligations between the railway and its customers.

UP spokeswoman Kristen South did add, however: “We are supportive of working with customers impacted by the Hanjin situation to meet their transportation needs.”