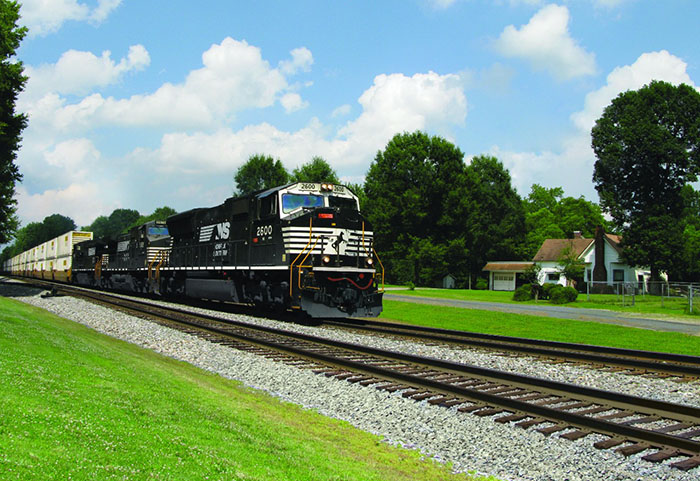 Canadian Pacific Railway got a lump of coal in its stocking days before Christmas after Norfolk Southern Railway said Wednesday it had rejected a third buyout bid. Following the rejection, CP said it was reviewing its options.

In an effort to rally its shareholders against CP pressure, NS also announced plans to consolidate two coal docks in Ohio. The move was aimed at showing the investor community that NS is aggressively working to cut costs and respond to declining coal volume, which is down roughly 16 percent in the third quarter compared to the same period in 2014. NS coal revenue in the third quarter was down 23 percent year-over-year, contributing to a 10 percent loss in total revenue, which hit $2.7 billion. The operational changes could help NS lower its operating ratio, which hit 69.7 percent in the third quarter, the highest among all seven Class I railroads.

Exactly a week ago, CP added a new financial incentive to its increasingly hostile play for NS after being spurned twice by the Virginia-based railway. But in its latest rejection of a now $45 billion offer, NS said the third offer still did not address regulatory issues and is, again, “grossly inadequate.”

In a letter to CP CEO E. Hunter Harrison and Chairman Andrew F. Reardon, NS said the only change in the latest proposal was the financial incentive, a contingent-value right for each Norfolk Southern share worth some $3.4 billion.

“The board of Norfolk Southern has unanimously determined that your latest revised proposal is grossly inadequate, creates substantial regulatory risks and uncertainties that are highly unlikely to be overcome and is not in the best interest of the company,” NS said. “This would be the case even if the CVR had a value at the high end of the range suggested in your publicly filed presentation. In fact, our financial advisors believe that the CVR would trade at a significant discount.”

NS also reiterated its stance that CP has failed to address the significant regulatory hurdles a merger would face in both Ottawa and Washington.

As recently as this past summer, the U.S. Surface Transportation Board, the top rail regulatory agency in the nation, said it has “no appetite” for railroad consolidation. And according to an NS white paper issued earlier this month, the STB might impose conditions related to service levels on any future tie-ups, given historical service problems from consolidations like the 1993 merger of Burlington Northern and Santa Fe railroads. Such service conditions necessarily would threaten a merged railroad’s freedom to structure its operations, according to NS.

NS said it also continues to take issue with the voting trust model that CP has suggested. The Virginia railroad has pushed CP to obtain a declaratory order before the STB. Such an order would resolve the dispute by allowing the STB to remove an controversy or uncertainty regarding the trust structure.

CP has said such a move isn’t necessary because it is confident regulators will OK the transaction and that such a request would amount to seeking “special treatment.” NS, however, says CP’s decision to not seek the order, however, shows a lack of confidence in its proposed structure.

In other areas, though, NS argued CP is perhaps too confident. In its statement to CP Wednesday, NS cited Harrison’s multiple public appearances, letters and news releases in which he insisted NS was playing hard to get, refusing to sit at the table and hash out a deal.

“You continue to publicly declare that we are not ‘engaging’ or ‘meeting’ with you. There is no basis to meet until you both make a compelling offer,” NS said.

And, as it stands, Harrison’s bid is still a significant undervaluation of NS’s worth, the railroad said.

Under pressure now to prove that worth and assure investors that an independent NS is a more efficient NS, the railroad announced this week that it would be consolidating two of its coal docks in northern Ohio.

NS said it plans to idle its Ashtabula, Ohio, coal pier and shift operations to the railroad’s Sandusky, Ohio dock. Ashtabula will continue to operate until all coal inventories have been transloaded, which is expected to be completed by May 2016. The facility will remain idled until and if market conditions warrant reopening.