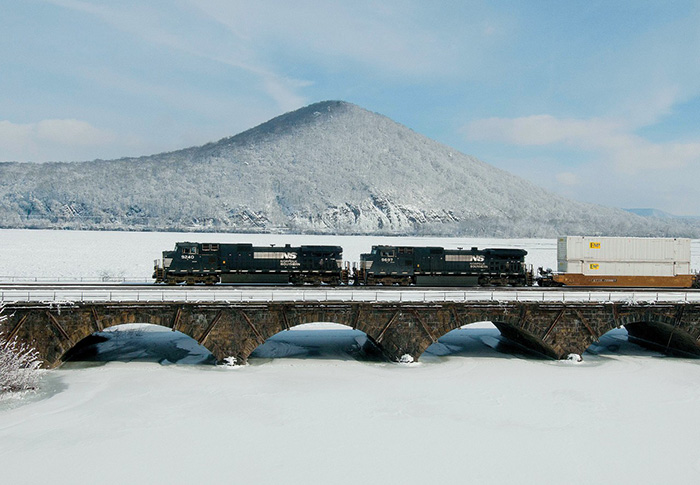 Norfolk Southern Railway has rejected an unsolicited takeover bid from Canadian Pacific Railway after the NS board said the $28 billion takeover bid undervalued the company’s stock and the potential regulatory hurdles would threaten business operations.

CP has not said whether it will continue to pursue NS, but did say in a statement Friday that it took exception to the  “claims, misdirection and mischaracterization of its offer.”

Just a year after a similar CP attempt to acquire NS’s archrival CSX Transportation, the NS board said Friday it had unanimously voted to turn down the CP offer after roughly three weeks of consideration. In an official statement, the board said it took issue with CP CEO E. Hunter Harrison’s proposal that they say was strategically timed to coincide with NS’s recent struggle to implement cost-cutting measures amid ongoing  carload volume, especially coal traffic, decline.

“The board believes that Canadian Pacific’s indication of interest is opportunistically timed to take advantage of a Norfolk Southern market valuation that has been adversely affected by a challenging commodity price environment,” the company said.

Moreover, Harrison’s bid does not fully reflect infrastructure investments Norfolk Southern has made and does not incorporate the upside from further improvements anticipated to result from the initiatives that the company is currently implementing, NS said.

The rejection also shines a spotlight on the divide between the two companies in terms of business strategy.

In his response to Harrison, NS CEO Jim Squires criticized what he described as "Canadian Pacific's short-term, cut-to-the-bone strategy" that would drain "substantial revenues" and risk "harm to vital transportation infrastructure and the communities we serve."

Harrison’s proposal faces significant regulatory hurdles. If regulators gave it the OK, the new entity would have to overcome cultural barriers and meld operations.

And while there is still opportunity for Harrison to reach out to activist shareholders to curry favor or even pursue a hostile takeover of the Norfolk, Virginia-based railroad, industry insiders told JOC.com it seems unlikely given the risks at stake.

“The regulatory agencies are clearly not ready to consider this,” said Tom Finkbiner, a noted intermodal analyst, CEO of Tiger Cool Express and a former NS intermodal marketing executive.

Finkbiner agreed that CP had significantly undervalued the Virginia railroad.

Harrison had publicly announced he was willing to reevaluate and raise his company’s bid for NS. “Is that our final offer? Line in the sand? No,” Harrison said at a UBS Industrials and Transportation Conference in Boca Raton, Florida last month.

NS, however, did not address Harrison’s offer to raise the bid in its official response Friday.

The NS board did argue an acquisition or merger simply does not suit the current regulatory climate in Washington or Ottawa.

In the U.S., the Surface Transportation Board has sole authority over all rail mergers. As recently as this past June, STB member Deb Miller said she had “no appetite” for railroad consolidations. In Canada, it’s the prime minister that has sole authority over industry consolidation. And it is unclear where newly-elected Prime Minister Justin Trudeau stands on the matter.

Not only could a two-year-long review of the acquisition return unfavorable results but the review process itself could have a negative impact on NS’s service, operations and stock value, the Virginia railroad said.

"There is a high probability that, after years of disruption and expense, the proposed combination would be rejected by the Surface Transportation Board," Norfolk Southern CEO James Squires said in a statement. “Even if the proposed combination were ultimately to be cleared, it would be subject to a wide range of onerous conditions that would reduce the value of the stock consideration that has been proposed."

And it’s not just shareholders and NS executives who would suffer, shippers and NS customers would find the overlaps highlighted in CP’s original deal were a misrepresentation, NS said.

“Canadian Pacific’s overstated synergy targets imply significant reduction to investment and employment levels, which the board believes would harm service levels and would be unacceptable to the STB,” the company explained.

CP said it was disappointed in NS’s decision to turn down its offer. Though, the Canadian railroad added it intended to hold a conference call Tuesday to discuss the offer.

“CP will also address all concerns about timely regulatory approval raised by NS and correct every inaccuracy,” the company said.