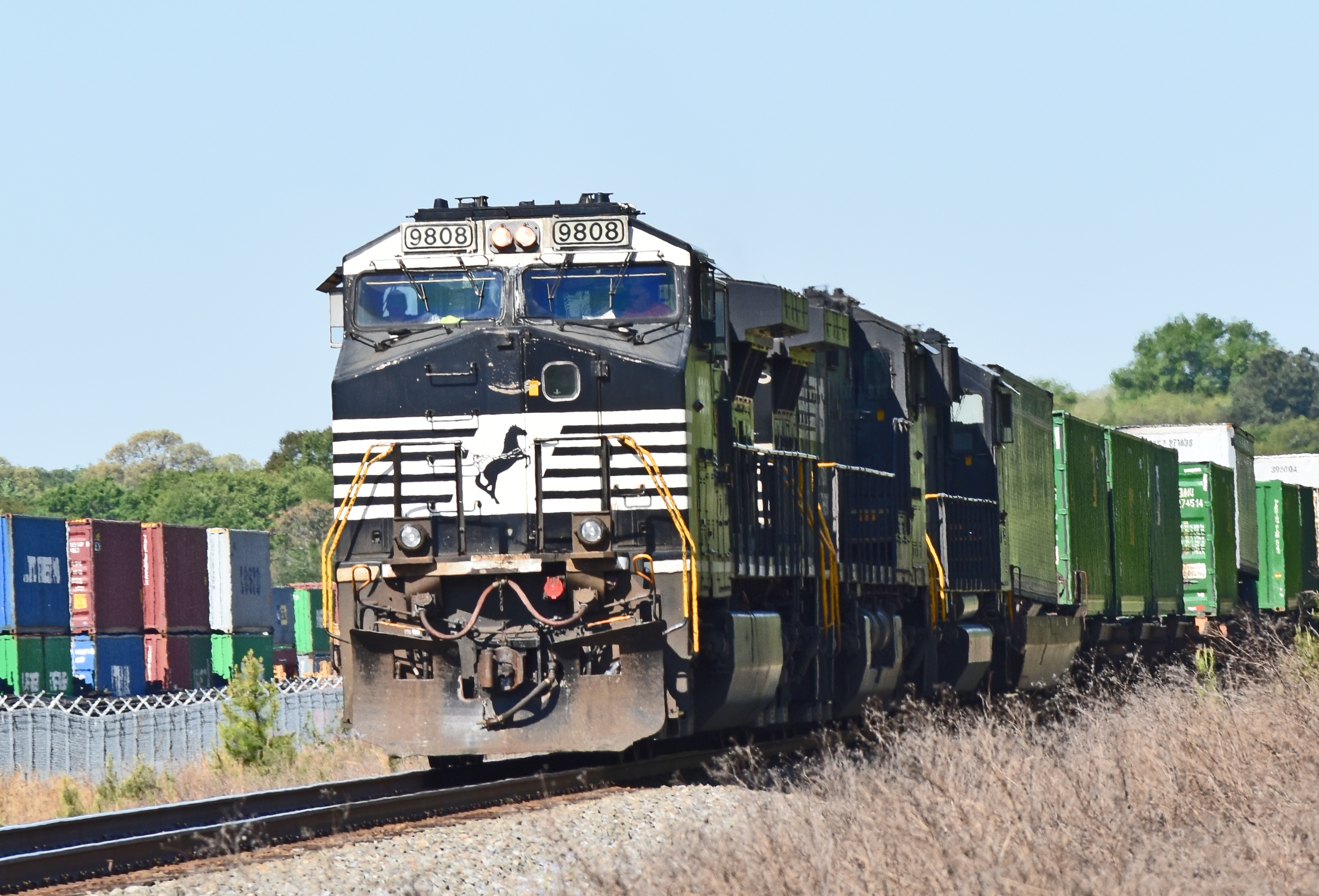 Norfolk Southern benefited from strong imports to the East Coast in the first quarter, sending container volume up 10 percent. Domestic business was weaker than a year ago. Photo credit: Shutterstock.com.

Norfolk Southern Railway says it expects intermodal revenue and volume to accelerate in 2019, shrugging off concerns that US truck competition will drag down domestic intermodal shipments.

The optimistic outlook to intermodal revenue, volume, and pricing comes as the railroad bucked the trends of its peers. Revenue jumped 6 percent to $719 million, and volume grew 2 percent to 1.1 million units. NS’s international intermodal volumes grew 10 percent, much higher than the 1.2 percent increase across the whole industry, according to the Intermodal Association of North America.

Domestic intermodal traffic, meanwhile, dropped 2 percent compared with an industry-wide 4.3 percent decline, the first quarter of contraction since 2016. Union Pacific Railroad showed similar results, with a 15 percent increase in international containers but a 5 percent drop in domestic 53-footers. Even CSX Transportation, which saw intermodal revenue and volume both fall 5 percent year over year, reported that international volume increased due to a “strong performance of existing customers and new service offerings to inland ports,” pinning the lackluster results on domestic business.

Given this, it would be natural to have a cool outlook on domestic intermodal in 2019 as spot truckload rates are falling fast and capacity is readily available. NS, though, provided an uplifting view of intermodal on Thursday.

“We’re optimistic about growth in domestic intermodal as are our channel partners. And we are pleased with the progress of rate increases that we’re seeing as we’re going through bid season right now,” said Alan Shaw, executive vice president of NS.

NS also said that while the international growth rate was atypically strong, this year will probably end with ISO container movement up by low-single digit percentages.

This is in stark contrast to CSX, which has tempered its outlook for what it considers a “transition” year for installing precision scheduled railroad into its intermodal network.

“The expectations for intermodal on volume I hope to be flattish or maybe a touch below that. But hopefully we come in flat,” said Mark Wallace, CSX’s executive vice president of sales, in an April 16 earnings call.

Even UP’s short-term outlook for intermodal was much more downbeat — and nuanced — than that of NS.

“Domestic intermodal volume could be impacted by a softer truck market in 2019,” said Kenny Rocker, UP’s executive vice president of sales, on its April 18 call. “For our international intermodal business, we expect volumes to normalize back to seasonal levels. As it relates to international trade, there still remains uncertainty and we will continue to watch the US economy, which could also present headwinds as 2019 progresses.”

NS also said it will push market-based pricing to the limits, although it didn’t clearly define whether that means it will no longer look towards trucking as a benchmark for rates.

“Right now the truck market is not nearly as tight as it was last year, but it’s still tighter than overall balance. There is an inherent advantage of intermodal relative to truck in terms of cost structure,” NS CEO James Squires said.

Global Shipping Outlook: A Sneak Peek at 2021
Port Performance North America: Managing Cargo Flow During a Pandemic — and Beyond
END_OF_DOCUMENT_TOKEN_TO_BE_REPLACED