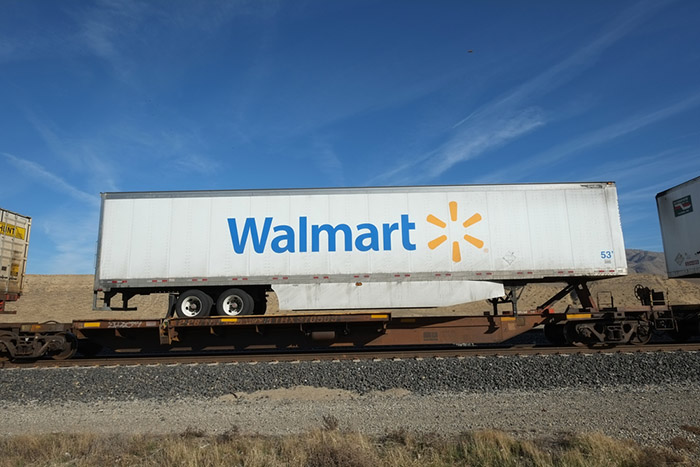 Carriers on both land and sea are struggling with overcapacity and weak demand.

A major North American intermodal group isn’t expecting a dramatic rebound in business next year, given an already muted year-end forecast and another weak peak season on the horizon.

“We’re looking at lower single digit on the international side and 4 to 6 on the domestic,” Joni Casey, president and CEO of the Intermodal Association of North America, said during a recent roundtable discussion with JOC.com. “But I think it’s all going to hinge on what happens in the last half of the year.”

And the last half of the year isn’t looking all that great.

Last year, peak season was short-lived after cargo flooded the market in the wake of the U.S. West Coast labor negotiations earlier in the year, resulting in high inventories and a high sales-to-inventory ratio.

Economists are already drawing down their U.S. containerized import forecast for the year and with less cargo to handle in what has been termed a “freight recession,” carriers are getting more competitive with domestic rates and marketing improved service to shippers in order to stir up business.

But business has been slow and the spot rate market has indicated that carriers on both land and sea are struggling with overcapacity and weak demand.

The industry will be lucky if they see any the smallest bit of growth in containerized for the year, according to Wilson.

“I think if you look at the imports they’re projected to go up some people say 1.2 some people say 1.5 for this year,” Wilson said, echoing similar forecasts from economists with JOC, the National Retail Federation and the American Trucking Associations.

The reasons are many.

“It’s a combination of all the things,” said BNSF’s Farmer. “Consumer spending obviously, high retail inventories, low crude and oil prices and the relatively strong dollar should be helping, but we’re not seeing consumer spending driving the kind of demand that would typically drive international volumes off the West Coast.”

The price of diesel has been at historic lows, according to national statistics from the U.S. Department of Energy. The average price of on-highway diesel fuel fell by 0.6 cents last week, settling at $2.31 per gallon. And while the gap is closing, the price is more than 30 cents, roughly 11.5 percent, cheaper than it was in the same week a year ago.

Lower oil and gas prices compress the price advantages railways have over their over-the-road competitors. And while it doesn’t necessarily mean railways are losing market share to the trucking sector — as was the case railroaders reported in end-of-year earnings calls last year —  it certainly means the marketplace is more competitive as a result.

While fuel prices are at historic lows, inventory levels are at historic highs. The soaring retail inventory-to-sales ratio that began to ascend last year before and during the labor negotiations at West Coast ports. Those inventories lengthened replenishment cycles and depressed demand for freight transportation services.

But instead of dispersing after labor negotiations came to a close in February, they have instead lingered and, in fact, continued to rise.

It has many in the industry wondering if higher inventories simply aren’t the new normal, as retailers and their suppliers try to balance store and e-commerce sales. Forecasting sales in an increasingly digital economy is increasingly challenging, and lack of supply chain visibility still encourages many shippers to build up excess inventory.

The U.S. retail inventory-to-sales ratio has been 1.5 or higher for five straight months, according to the U.S. Census Bureau.

“And I think it’s projected to go even higher,” added Joni Casey, president and CEO of the Intermodal Association of North America.

David Manning, president of Nashville-based motor carrier TCW said it’s not just impacting business on the rails, but business for trucking, too. He pointed to similar statements coming directly from the ATA, the largest U.S. lobby for the over-the-road sector.

“Our ATA economists say inventories are still extremely high,” said Manning. “We’re going to continue to see soft rates until the inventories get back into alignment.”

For many, high inventories has proven paradoxical, as consumer spending continues to rise.

Consumer spending has been advancing at a healthy pace which has helped to sustain a modest growth rate of 1.2 percent, according to U.S. Commerce Department. Consumer spending, which accounts for more than two-thirds of U.S. economic activity, increased 0.4 percent in June after a similar gain in May. Household spending was the economy’s bright spot, rising at an annualized rate of 4.2 percent, the fastest in nearly two years.

However, that spending includes a wide variety of so-called “goods,” not all shipped by container on rail.

“The consumer spending that’s happening seems to be more on the soft side versus the hard tangible goods,” said Casey. “That wouldn’t translate necessarily into shipments.”

Another muted peak season may have some wondering if the current conditions are not the new normal.  As early as last October, shipping executives at the JOC Inland Distribution Conference were arguing that peak season was a thing of the past.

“There’s not going to be any more peaks,” David Wedaman, founder and CEO of Re Transportation, put it bluntly to JOC.com in an interview. “You now have a plateau.”

“Whether or not that’s the new norm, I can’t comment,” said Casey. “We’re cyclical. Every couple of years it seems like the cycle changes. It was predictable. It just hasn’t been as predictable over the past couple years.”