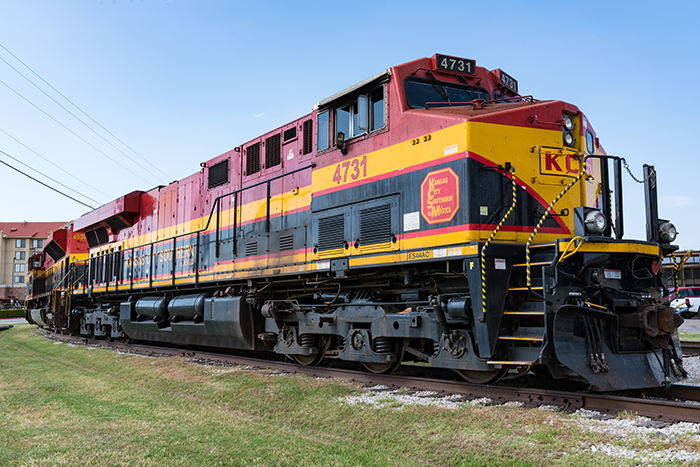 The teacher blockade that halted trains into the Mexican ports of Manzanillo and Lazaro Cardenas in early 2019, pulling down intermodal volume handled by Kansas City Southern of Mexico, provides a reminder of the challenge to the country’s freight network fluidity caused by such sudden protests.

The shutdown of freight rail into two of Mexico’s three biggest ports for a month, which shook the confidence of shippers and ocean carriers in railroad’s reliability, raised questions about the government’s ability to prevent such disruptions. And the first few months of President Andres Manuel Lopez Obrador’s (AMLO’s) term have shown no signs that he is better equipped, or ready, to reduce the threat to cargo movement from such protests.

The potential costs to the railroads, however, became clear Wednesday. KCS, one of two main rail companies in Mexico, said the teacher-created stoppage in January and February was a key factor in a 12 percent reduction in intermodal revenue during the first quarter of 2019 compared with the year before. KCS operates the only rail line into the port of Lazaro Cardenas, the second-largest port on Mexico’s Pacific Coast and the third-largest in the country. Ferromex operates the railroad into the port of Manzanillo.

KCS intermodal volumes through Lazaro Cardenas fell 26 percent in the first quarter compared with the same 2018 period, and revenues in and out of the port fell 24 percent, the company said. First-quarter cargo volume across the company’s US and Mexico rail operations was down 1 percent, KCS said.

“A big factor there in the quarter was the blockages that we experienced in the southern part of our network, particularly on intermodal between Lazaro Cardenas and Mexico City,” Pat Ottensmeyer, president and CEO of KCS, said in an earnings call Wednesday.

Also contributing to the decline in intermodal business were the “extended” shutdowns at dozens of automobile plants in the town of Matamoros in northeast Mexico after tens of thousands of workers walked off the job, the railroad said.

Although enacted by teachers protesting working conditions unrelated to the freight industry, the blockade disrupted 400 trains and stranded more than 9,000 containers inside the two ports at a time when the country is looking to position itself as a regional logistics hub and as intermodal rail is seeking to increase its share of the inland market. Manzanillo handled 2.18 million loaded TEU in 2018, and Lazaro Cardenas handled 864,273 loaded TEU, together accounting for about 60 percent of all loaded container cargo that passed through Mexico’s ports.

Shippers and ocean carriers say the threat of random, unanticipated stoppages — a similar teacher protest blocked railroads into the ports in 2016 — contributes to their reluctance to send cargo by railroad even as trucking capacity has tightened in Mexico in recent years.

The teachers have found a more sympathetic ear from AMLO than his predecessor, and the federal government took no direct action to stop the blockades. On Tuesday, AMLO said he would suspend a 2013 public education overhaul that in part sought to make teachers take performance evaluation tests and suggested he would free teachers jailed for protesting the overhaul.

Teachers blockaded the two ports in protest at what they said was the failure by the state government of Michoacan — the state that includes Lazaro Cardenas and through which the two railroads pass — of unpaid salary and bonuses.