Gains in reliability and speeds brighten US intermodal outlook

Gains in reliability and speeds brighten US intermodal outlook 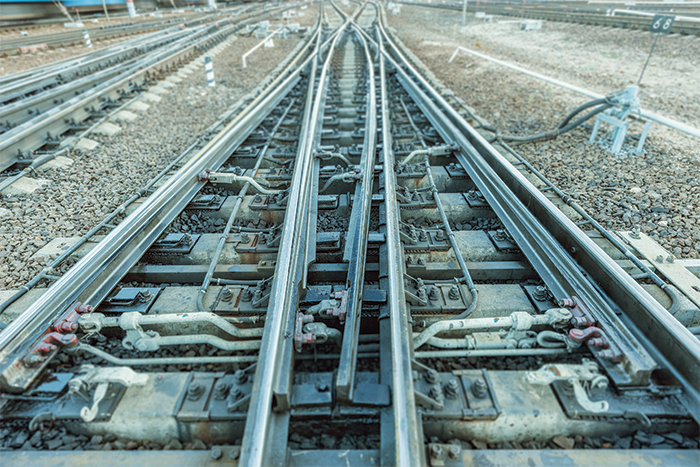 Two years since the devastating 2013-14 winter wreaked havoc on U.S. intermodal rail networks, North America’s largest railroads are on the cusp of restoring reliability and speeds to the level shippers once took for granted.

Slowing intermodal volume growth and declining carload volume, major infrastructure investment and a crackdown on free time at terminals have brought train intermodal speeds, a key metric of service, to highs not seen since 2013. The loss of business to over-the-road trucking has also added an immediacy to railroads’ efforts to improve domestic service.

But the return of intermodal service reliability to mid-2013 levels is far from guaranteed. The mild start to winter could turn harsh and exacerbate congestion in Chicago despite the industry’s efforts to speed up interchanges and route discretionary cargo away from the nation’s top freight bottleneck. The arrival of larger vessels at U.S. ports also could disrupt international intermodal services if the railroads are caught off-guard from the cargo surges that come with them. A rebound of carload volume and an acceleration of intermodal volume growth — welcome as they would be to the railroads — also could slow network fluidity.

The North American intermodal outlook for 2016 is improving, according to the Intermodal Association of North America, and international container trends are expected to approach pre-recession levels in the new year, while domestic volume gains return to numbers that are comparable to international.

The potential merger of Canadian Pacific and Norfolk Southern railways could disrupt service, much like the 1993 merger of Burlington Northern and Santa Fe, which illustrated how the meshing of two railroads’ operations can spur service disruptions networkwide.

Even so, the U.S. rail industry that says it has turned a corner in service appears to be in the home stretch. Train speeds, an indication of rail service, already were approaching parity with 2013 benchmarks in the final months of 2015.

The four-week average for Class I intermodal train speeds in the U.S. in October, excluding CP (which doesn’t report), hit 31 mph for the first time in more than two years. It’s nearly 8 percent ahead of 2014 average speeds and just 1.5 percent off 2013 levels, according to Larry Gross, intermodal analyst at consulting and research firm FTR Associates.

And, for the first time in nearly a year, more U.S. shippers say they are shifting freight from truck to rail than the other way around, on improved intermodal service, according to a survey of shippers whose aggregate transportation budget exceeds $10 billion, made by New York transportation research firm Wolfe Research.

Shippers polled said they diverted 1.9 percent of their third-quarter volume from truck to rail, up from 1.2 percent in the second quarter. On the flip side, shippers moved 1.2 percent of their third-quarter freight from rail to truck, down from 2 percent in the second quarter. The end-result was a net freight diversion to rail of 0.7 percent during the third quarter.

The rate of rail-to-highway conversions had started 2015 with momentum, as lower diesel prices, down some 30 percent year-over-year, and rail service inconsistency made trucking options more viable for shippers. It’s something some railroads, including CSX Transportation, say they are recovering from, while others, such as Norfolk Southern Railway, say they are still fighting.

Wolfe’s fall survey is an early sign that after months of net rail-to-highway diversions, perhaps the tides are turning.

Railroads have been vocal that multibillion-dollar investments in infrastructure, updated dwell time policies and implementing efficiencies where possible have been behind improving network velocities and overall service recovery. “I think you’re finally seeing the results of lower volume on the network — that is, carload volume — and the network is becoming more fluid,” Gross told JOC.com.

Untangling how much of this improvement is tied to reduced carload traffic, improved intermodal operations, and the slower growth of intermodal volumes in 2015 is difficult, but the impact of reduced carloads is surely a factor, according to Ryan Siavelis, transportation analyst at IHS Economics.

Consumption has led economic growth in 2015, and combined with a strong dollar, imports have been among the fastest growth segments of consumption. Container imports are forecast to grow 5.4 percent by year-end 2016, according to Mario O. Moreno, senior economist at the JOC and IHS Maritime & Trade.

Outside of the peak shipping season, intermodal volume slipped or decelerated at all of the major Class I railroads in 2015 and is expected to continue to decelerate into 2016.

In the last weeks of 2015, shipment volumes in the U.S. were flat, although shipper spending on transportation declined, according to the November Cass Freight Index. “This is the first time in five years that shipments did not drop off in November,” Rosalyn Wilson, senior business analyst at Parsons, said in her analysis of the index, based on shipment volume and pricing data from Cass Information Systems, a freight payment services company.

Even so, it was the lowest reading for November on the Cass Freight Shipment Index since 2011. The shipment index stayed flat despite a 7.4 percent drop in rail carloads and a 6 percent drop in intermodal loads last month, according to AAR data, pointing to an increase in truck shipments balanced out by lower rail freight volumes.

According to Wolfe Research, shippers’ expectations for intermodal volume growth in 2016 are at their lowest in more than three years, despite confidence that pricing gains will decelerate. Shippers said they expect a roughly 1.5 percent increase in intermodal volume in 2016, down from just less than 3 percent in the second quarter and from more than 4 percent last year.

While it may not have an immediate impact on the quality of intermodal service in 2016, the U.S. Surface Transportation Board did announce in late 2015 that it aims to close the long-standing issue of reciprocal switching some time in 2016.

Although reciprocal switching only affects carload traffic — not intermodal that is freely interchanged between railroads — a ruling could have an impact on broader network velocity that intermodal trains depend on if the railroads are correct in warning it would reduce fluidity.

Another STB decision that could alter the landscape of the industry will be the potential decision the agency may be forced to make on the proposed merger of heavyweight railroads CP and NS. The back and forth between CP and NS that began in late 2015 already is raising questions in the industry.

By year’s end, the Calgary-based railroad had made two pitches to NS to no avail. After NS snubbed a second offer in early December, there was immediate talk of a potential hostile takeover — though it’s something the Class I railroad industry has never seen and is unlikely to occur, according to intermodal analysts.

Not only did the NS board unanimously agree that CP’s offers significantly undervalued their company, but they also said they feared the lasting damage a merger could have on service and operations that would span the North American continent.

CP argues that synergies between the two railroads could strengthen their efficiency, but that argument hasn’t sat well with Canadian or U.S. shippers, according to intermodal rail analyst Tony Hatch, especially at a time when railways as a whole are still in a service recovery mode.

Shippers shouldn’t necessarily expect the unfolding corporate drama between the two railroads to have an immediate impact on 2016’s service levels, but analysts such as Hatch and Gross have advised them to stay on their guard.

Should a CP-NS merger occur, there’s a chance the industry could be on the brink of a new era of consolidation, one that would shake up service and operations across North America. BNSF, just days after CP made its second pitch to NS, said it is flirting with the idea of pursuing its own acquisition or merger.

“We’ve never in this industry just done one merger,” Bloomberg quoted BNSF Executive Chairman Matt Rose as saying. “You do a merger and then somebody else announces it because of this issue of stabilization of the industry and parity in various markets.”