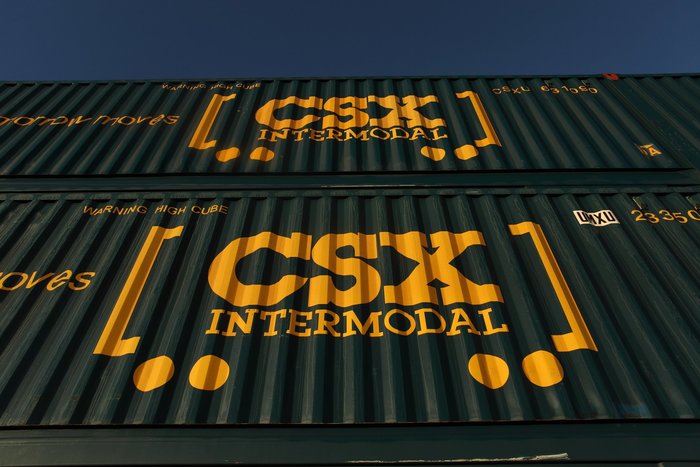 A wide range of changes at CSX Transportation so far this year has irked some shippers.

Harrison, who took the helm at the Jacksonville, Florida-based railway in March, has acknowledged the service disruptions and apologized to customers, while attributing the difficulties to unhappy CSX employees resisting the aggressive cost-cutting measures that are part and parcel of his so-called "precision railroading" business philosophy.

Despite a flurry of customer complaints, critical survey results, and a letter from US rail regulators on the Surface Transportation Board, Harrison has stuck to his guns. He has rejected complaints as attempts to “low dollar and second guess” his judgment and has rejected the idea that CSX is losing or will lose business to competitors because of his decisions.

During a second-quarter earnings call on July 18, Harrison said the greatest challenge the railroad faces is the “cultural change” taking place as the railroad transitions under his leadership. He faced similar opposition to his precision-railroading strategy while leading Canadian Pacific Railway until late 2016 and, before that, Canadian National Railway, boosting profits at both.

“There's going to be a little pain and suffering,” he told investors and analysts in the earnings call. “I don't know frankly how to get there without some busting road. This is not just something you could try to switch on.”

More than 80 percent of CSX shippers surveyed by financial services firm Cowen & Co. have experienced problems with the railroad’s service and roughly 40 percent have switched some freight to NS. Sixty-seven percent of those surveyed shippers transferred freight to truck. Cowen & Co. did not disclose how many shippers participated in the survey. CSX was not available for comment.

Major CSX intermodal shippers told JOC.com that service on the transportation and back-office side has deteriorated in the five months since Harrison came aboard and implemented his precision-railroading strategy, which has thinned the CSX fleet, workforce, and yards. According to Harrison’s own estimates, CSX already has pulled approximately 900 locomotives and could remove another 100, and shed 2,300 employees with a further downsizing of 700 possible. The railway also has shuttered or transitioned seven of its 12 hump yards since March.

Harrison addressed some of the customer complaints and threats in an email to customers on Monday, which was released publicly. “The pace of change at CSX has been extremely rapid, and while most people at the company have embraced the new plan, unfortunately, a few have pushed back and continue to do so," Harrison wrote. “This resistance to change has resulted in some service disruptions. To those customers that have experienced such issues, we sincerely apologize.”

“I think most of them, by far the majority are pretty sympathetic,” he said on the July 18 earnings call.

Harrison, who as CEO of CP teamed with billionaire hedge fund magnate in an unsuccessful bid to acquire NS for more than $28 billion in 2016, has said he does not believe shippers have or will convert their business to NS or the trucking competitors because of this. That is despite the threat he acknowledges they pose in today’s challenging freight environment.

“I don’t think anybody is going to change businesses,” he said on the earnings call. “You know customers are like other people, a lot of them don't like change. I've spent some time with them myself, on the telephone and face-to-face. And I've tried to explain to them where we're going, why we're going there, what's important about it.”

Total intermodal volume at CSX increased 3 percent year over year in the second quarter. Domestic intermodal volume rose 2 percent over the same period last year as the company attracted trailers and 53-foot containers from trucking while offsetting short-haul competitive losses. International volume climbed 7 percent on organic growth and the onboarding of a new customer later in the quarter. The shipments of TEU, FEU, and other types of ocean containers are contracted between container lines and railroads, and it is generally more difficult for shippers to move goods away from the contracted railroad.

The railway’s second-quarter figures, however, were coming off a weak year-earlier period, when intermodal volumes declined 4 percent year over year, all of that on the international side, which were down a dramatic 16 percent.

CSX’s second quarter was on par with the industry at large. North American domestic container volume grew 3.2 percent year over year in the quarter, according to the Intermodal Association of North America. International volume across North America increased 5.6 percent in the same period.

CSX and NS have said competition from the trucking sector for domestic loads remains fierce, as flush truck capacity and low fuel prices keep rates neck-and-neck. That has been the case for months, though the railroads expect it to tighten by year-end with the implementation of new federal trucking regulations.

“It's been a tough transportation environment for several quarters now in terms of pricing to their market, and generally this is about truck competition. There is a lot of excess truck competition,” Frederick Eliasson, CSX’s chief marketing officer, said on earnings call.

At another point in the call, Harrison tied CSX’s fight to attract domestic highway business to the transition to his new form and style of leadership. “The focus is, in my view, at this point, not the rail competition, it's the highway, OK?” he said. “The key is really this service factor. We have to understand that. We have to appreciate that. We have to understand that it's difficult for people change to some degree. It’s going to take a long time.”

Harrison said that many at CSX — employees, customers, directors, and investors — expected him to accomplish a four-year job in four months. “A lot of this will probably happen in the post-Harrison era,” he said. “I think, if we do our job today in laying the foundation, there will be a lot of opportunities to grow.”

Global Shipping Outlook: A Sneak Peek at 2021
Port Performance North America: Managing Cargo Flow During a Pandemic — and Beyond
END_OF_DOCUMENT_TOKEN_TO_BE_REPLACED