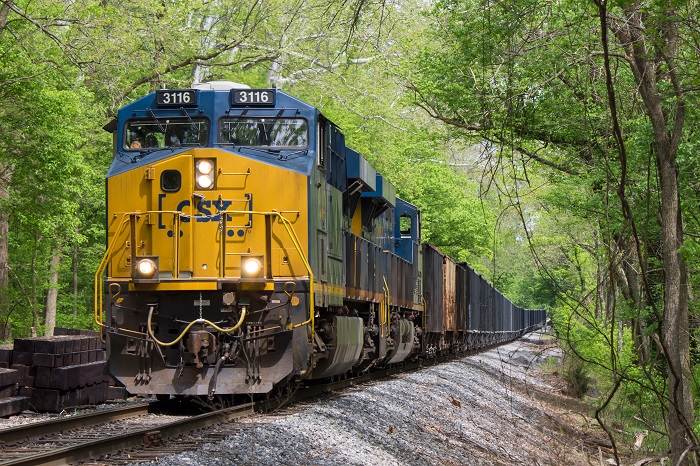 These are relatively minor changes in destination terminals and don’t eliminate any existing service, although it will require some decisions on how to route cargo for the best price. Photo credit: Shutterstock.com.

One week after Union Pacific Railroad (UP) and CSX Transportation (CSX) announced the elimination of UMAX interline service on 197 origin-and-destination pairs, the Jacksonville, Florida-based railroad is making some tweaks to interline service with BNSF Railway, which will be effective Sept. 30.

The advisory sent to customers on Aug. 15 will impact cargo owners shipping containers to Philadelphia, Pennsylvania; Buffalo, New York; Worcester, Massachusetts, and Nashville, Tennessee. These are relatively minor changes in destination terminals and don’t eliminate any existing service, although it will require some decision on how to route cargo for the best price. The announcement is the latest in a series of moves since last year to unwind the complicated CSX intermodal network to comply with scheduled railroading. CSX eliminated 327 origin-and-destination pairs last October, will cease domestic intermodal service into Detroit on Sept. 1, and made the decision with UP last week.

Like interline service with UP, containers ending up in Baltimore, Philadelphia, Buffalo, Worcester, and the Ohio Valley will end up in different terminals if a cargo owner wishes to steelwheel containers in Chicago. Steelwheeling refers to the use of a train to transfer containers between terminals rather than a truck using local roads.

Each decision add 90 minutes to the final drayage, although hauls less than 100 air miles are exempt from the electronic logging device (ELD) mandate.

Cargo owners would still be able to receive containers in Philadelphia, Buffalo, and Worcester, if they booked a crosstown dray to CSX’s Bedford Park terminal. Cargo owners may also hire a crosstown dray to CSX’s 59th Street Terminal to put containers on a train to Baltimore. This would require an extra truck, however, prompting shippers and intermodal marketing companies to calculate the price differential between the two scenarios.

Another option is to switch from CSX Transportation to Norfolk Southern Railway, which serves Ayer, Massachusetts. Springfield is about 50 miles west of Worcester, and Ayer is about 30 miles north. Ayer is also located significantly closer to downtown Boston than Springfield.

Draymen often run dual operations and float drivers between Springfield and Worcester, meaning the effect could be less acute than in the Ohio Valley and Philadelphia, according to an intermodal director for a logistics provider with customers in each market.

“The Boston market drives Worcester, which is where we see the most density in New England. However, there is still a lot of distribution activity in the central part of the state, especially in the food and retail sectors,” the source said, speaking on the condition of anonymity.

The individual questioned whether CSX’s Springfield terminal can handle the rerouted volume without queues growing to unacceptable levels.

“The CSX Massachusetts ramps have a small footprint and are highly prone to congestion simply due to limited space. This becomes acute in the winter months when heavy snowfall hits the region. With that said, we'd be inclined to limit our commitments in and out of Springfield until the ramps proves itself reliable,” the source said.

CSX and BNSF have also agreed to interchange Nashville cargo in Memphis, Tennessee, to alleviate congestion in Chicago.

Are railroads missing out on intermodal volume