CSX to eliminate about 300 more intermodal lanes in 2019

CSX to eliminate about 300 more intermodal lanes in 2019 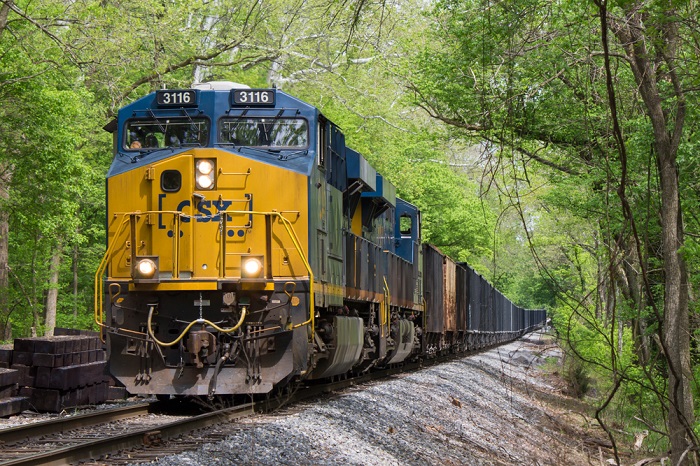 CSX Transportation will eliminate more than 230 domestic intermodal and 65 international intermodal origin-and-destination pairs on Jan. 3, 2019, forcing rail shippers to rethink how to move containers next year.

The announcement is yet another decision to condense CSX’s vast intermodal network into precision scheduled railroading. It may irk shippers, like previous service adjustments, but data show CSX has performed better than its peers after a rough rollout under late CEO E. Hunter Harrison in 2017.

“The January service changes are part of the overall CSX network strategy to improve service consistency and prepare the network for sustainable growth now and in the future,” wrote Maryclare Kenney, CSX vice president of intermodal and automotive, in an advisory to customers. “Not only do these changes further enhance the BNSF and UP interchange plan, which have improved service by alleviating Chicago congestion ahead of peak season, they solidify our intermodal network offering.”

Rail performance metrics show that despite the rough beginning in 2017, CSX has excelled in a year when its peers have struggled. CSX trains are traveling faster and idling shorter than any Class I in 20188

Train speeds have increased nearly 15 percent through September, the only Class I railroad in positive territory this year, according to the American Association of Railroads, Surface Transportation Board, and company reports. CSX’s dwell times on cargo have dropped more than 31 percent, joining UP Railroad (down 2.2 percent) as the only rail company with improving metrics.

Cargo owners will face CSX service cuts in Miami, Pittsburgh, and Kansas City. Seven services out of Miami (via Florida East Coast Railway) will be slashed in 2019 to destinations including Baltimore; Philadelphia; Memphis and Nashville, Tennessee; and Cincinnati, Ohio. International containers with Tampa and Miami destinations will reroute to central Florida in several cases. International routes into Kansas City will mostly transfer to east St. Louis, and many lanes to Louisville, Kentucky, and Pittsburgh will end altogether. The port of Savannah will lose one route to Louisville, and Charleston will lose one to Miami.

These sweeping changes by CSX will be felt more by domestic shippers moving 53-foot containers. Consistent with previous changes, lanes to and from Baltimore will change to Chambersburg, Pennsylvania, while Columbus routes will shift to North Baltimore, Ohio. Domestic intermodal through Pittsburgh, Tampa, Miami, and Kansas City will be eliminated or rerouted in similar ways to international freight.

Schneider National, a domestic intermodal supplier, warned customers of the impacts in Savannah, and Marion, Ohio, which is a midway point between Columbus, North Baltimore, and Cleveland.

It should be noted, however, that Savannah, Charleston, and Portsmouth are port communities that concentrate on international rail traffic more than domestic.

“Announcing the January changes in early October delivers on our promise to keep you informed as we evolve the CSX intermodal network,” Kenney wrote.

Although few shippers or intermodal marketing companies (IMCs) react positively to service adjustments, a three-month lead time may mend some wounds. This summer, angry IMCs objected to a 45-day notice on service adjustments for the peak season. This time, CSX offered 90 days and will apply changes in January, a quieter month.

Permalink Submitted by marc1943@gate.net on Oct 8, 2018 7:50AM EDT
Well, nothing like limiting a customer's options and opportunities for the railroads in several markets. But, who cares about the customers? Maybe the CSX Operating Ratio can drop to 20 making Wall Street happy before the fire sale.