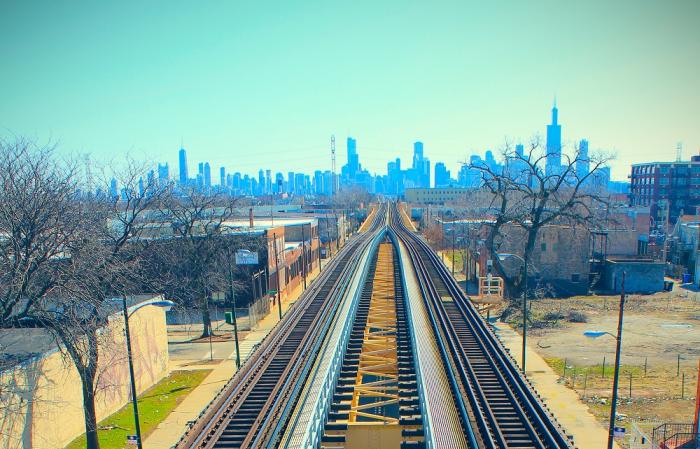 Canadian Pacific Railway said its acquisition of Norfolk Southern Railway would improve fluidity through Chicago, but doubts remain whether the combination would do much to free up bottlenecks at the top U.S. freight hub — even if the deal gives CP control of a key belt railroad in the area.

CP’s Monday statement was a shot at competitors and another attempt to rally NS shareholders in favor of its third takeover offer of $45 billion for the Virginia-based railroad. The statement could also be seen as a way to mollify Illinois lawmaker critics who have questioned the potential deal and federal regulators who are sensitive to shippers’ complaints about service.

"We have a responsibility to our customers not to forget that gridlock in Chicago crippled the industry in the winter of 2014 and threatened to cripple the economy," CP President and Chief Operating Officer Keith Creel said in a statement. "We need to work together as an industry to keep Chicago fluid and the economy growing, and innovation is the key."

Since the devastating 2013-14 winter that roiled intermodal networks across North America, CP CEO E. Hunter Harrison has been vying to own, lease or operate the belt railroads in and around the Chicago area. Control over the small switching lines like Indiana Harbor Belt and Chicago Belt Railway would streamline the Chicago rail network, Harrison has argued. Six of the seven Class I railroads connect in Chicago.

CP owns a 49 percent share of IHB, with the balance held by NS and CSX Transportation. An acquisition of either East Coast railway could achieve the controlling interest in IHB Harrison has been hunting for. CP also has a stake in CBR, but so does every other major Class I railroad and CP’s stake amounts to just 8.3 percent.

"We think we're pretty good at operating terminals, and we could do a better job," Harrison told Reuters in late 2014.

But he’s faced pushback from other Class I railroads. In a dig to Union Pacific Railroad, CSX and NS — all three of whom CP characterized as “vocal opponents” to its proposed merger — CP noted the trio will suspend service in and around Chicago during the upcoming holidays. CP, however, said its service will run normally though the holiday because the railroad “recognizes that the North American economy does not take vacations and many shippers require 24/7 service 365 days a year through Chicago.”

It’s going to take more than a CP-NS tie-up and regular service through the holidays to fix Chicago, intermodal analysts told jOC.com

According to Larkin, except for the elimination of duplicative overhead functions, there’s simply not enough trainload traffic interchanged in Chicago between CP and NS, or any other East Coast carrier for that matter, to significantly benefit network fluidity. Larkin echoed previous remarks by intermodal analysts noting the significant lack of synergies and overlaps between CP and NS.

Moreover, the top challenge facing Chicago’s rail network today isn’t necessarily interchanges and exchanges as much as it is the complexity of the network there. In fact, it’s hard to say whether Harrison has been more vocal in his frustrations over the lack of industry consolidation or the overabundance of Chicago congestion in recent years.

As highlighted by the devastating 2013-14 winter that roiled intermodal networks nationwide, Chicago rail traffic is notorious for being unscheduled and run on an ad hoc basis. There is no central exchange location for trainload traffic and because of the random nature of operations there is usually a gap between when a train arrives in Chicago on one railroad and when the second railroad is ready to receive it and forward it on towards the destination. So, frequently trains are parked on a mainline reducing throughput in the Chicago terminal.

It’s a conflict that could be resolved through better management, as some industry insiders have suggested, or the construction of a central facility to which all carriers have access on one of the terminal railroads to serve as a staging location for the interchange of trainload traffic between carrier, as others have said.

Chicago’s passenger rail service adds another level of complexity that would not and could not be addressed by a merger or acquisition.

“The big problem in Chicago is Metra which runs 600 trains per day over the network,” said Larkin. “Makes it hard to fit the freight in between the rush hours and the off-peak commuter trains.”

Larkin said that an east-west merger of U.S. railroads — between UP or BNSF Railway and CSX or NS — would probably yield more advantages to network operations than a Canadian-American combination.

"But again, a lot of those operating synergies can be accomplished between east and west with operating agreements," Larkin added.