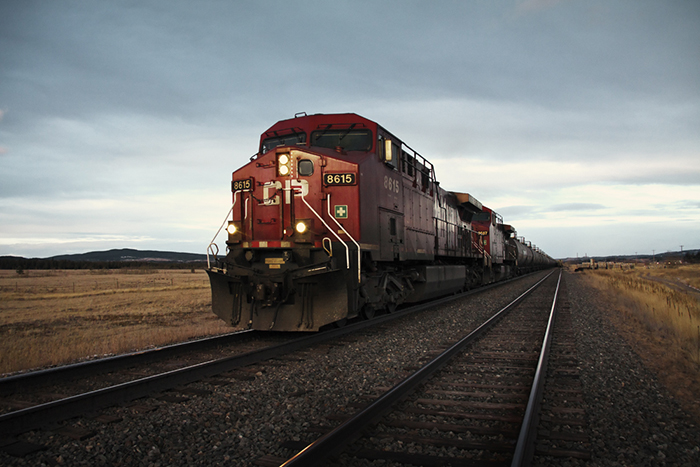 WASHINGTON — Canadian Pacific Railway’s attempt to takeover Norfolk Southern Railway has already raised alarm with a group of Illinois lawmakers and prompted a pointed response from the Canada railroad.

Sen. Dick Durbin, D-Ill., on Dec. 14 urged the U.S. Surface Transportation Board, the rail regulatory agency, to consider the potential negative impact of the Canada railroad’s now $45 billion takeover bid on the nation’s historic rail chokepoint in Chicago. CP’s response to the letter, which was signed by the nine Democratic members of the Illinois Congressional Delegation, comes as the railroad inches closer to an outright proxy fight for control of NS after the Virginia-based railroad spurned takeover bids.

“Improving Chicago is a key objective of this transaction and one of the many ways it is in the public interest,” CP CEO E. Hunter Harrison wrote in a Thursday letter to Durbin and the delegation, “You can fully expect that this will be a major component of a compelling case to the STB.”

Harrison questioned why Durbin and the Illinois Democrats hadn’t reached out to him about their concerns.  Durbin and the Illinois delegation are not the first to raise the concern. NS shareholders in the two individual rejection letters they have sent CP have highlighted the negative impact a merger could have on service and operations, specifically in an area like Chicago, which already suffers from crippling congestion and network-roiling winters.

While acknowledging the potential deal is a long way from the STB’s chambers, Harrison argued that rather than snarl the CP and NS networks like prior mergers, such as the 1993 deal that consolidated Burlington Northern and Santa Fe, a CP-NS railroad would alleviate some of the historic congestion in and around areas like Chicago

If new routings are planned, Harrison said, CP will ensure that its submission to the STB is transparent on any impact and the railroad will work with local communities to address specific concerns that arise.

Harrison said that he is also confident that the merger would benefit Illinois shippers, making them more competitive both domestically and internationally.

“A CP-NS combination would give Illinois shippers efficient single line service to markets in Canada, the eastern United States and beyond. It should also increase capacity and efficiency in Chicago, allowing shippers to get their goods to market more quickly, reliably and safely, reducing inventory carrying requirements and shipper equipment costs,” he wrote.

Harrison added that CP is also proposing modified terminal access and an end to the bottleneck pricing approaches, moves that would allow customers to obtain separately challengeable rates to the customer's preferred interchange location.

“For years, shippers have been demanding that Congress and the STB impose these changes as a means to increase rail competition. We would agree to the changes voluntarily as part of the merger consideration,” Harrison said.

Harrison said that the Democratic delegations’ concerns over the merger’s impact on jobs in Illinois and the Chicago area is understandable. He countered, however, that CP’s intent would be to reduce headcounts via attrition, much like the efficiencies made in the 1998 acquisition of Illinois Central by Canadian National Railway.

“As demonstrated,” Harrison said, “our model seeks to realize greater efficiencies and create a more competitive carrier on a sustainable basis; it is not a ‘cut to the bone’ approach.”

The Canadian rail executive also responded to concerns shared by lawmakers and NS shareholders regarding the status of the two individual companies during a potential STB review.

Under the voting trust model that Harrison has proposed, the two railroads would enter into a holding company but remain independent during the review process.

“Voting trusts have long been held to be an effective and lawful means of insulating a carrier from unlawful control pending regulatory approval,” Harrison said. “They have and continue to be a common and important feature of rail transactions.”

Despite claims to the otherwise made in a white paper posted to the NS website last week, a voting trust model is the most efficient means of garnering STB approval, Harrison said.

“The denial of the use of a voting trust would interfere with the market place, restricting stockholder's ability to realize the full value of their investment. Such intrusive regulatory action would be contrary to the Staggers Act and longstanding STB precedent,” he said.

Harrison’s response to the Illinois Democratic delegation is just the latest in the back and forth that has been unfolding over the past two months and the language is only becoming more hostile.

According to some analysts, a proxy war has been all but declared after CP announced Wednesday it had upped its bid for NS. It was the second time CP had attempted to sweeten the pot after NS shareholders called CP’s first two offers “grossly inadequate” and Harrison is showing less and less patience with a reluctant NS board.

“If this is going to be a street fight, so be it,” Harrison said on a conference call to discuss the revised proposal Wednesday.

As Durbin’s letter to the STB has highlighted, it’s not only NS shareholders Harrison has to take on in his so-called “street fight.” According to a recent Cowen and Co. poll, rail shippers by and large also oppose Harrison’s proposed acquisition of NS. The Wall Street research firm found that 71 percent of respondents opposed a merger between the two companies, citing fears over fewer options and higher pricing. Nearly half said they would officially voice their opposition to the STB, should NS take CP up on its offer.

The STB, itself, had said as recently as this past summer that it had “no appetite” for rail mergers.