CP, NS dispute facts amid speculation of proxy fight ahead

CP, NS dispute facts amid speculation of proxy fight ahead 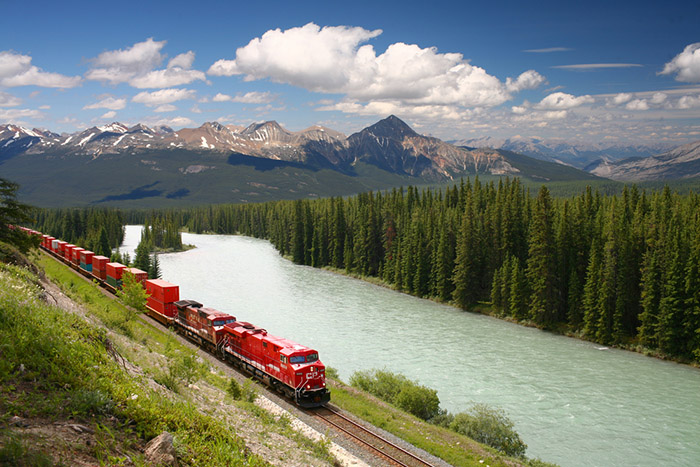 With expectations that Canadian Pacific Railway is about to launch a proxy fight for control of Norfolk Southern Railway, the Calgary-based railroad’s recent response to an NS white paper is the latest attempt to convince investors to give the deal yet another look at its pitch.

CP’s chances of success in winning over NS shareholders in any sort of proxy fight, however, are weighed down now, not only by the significant regulatory obstacles laid out in the NS white paper, but NS shareholders’ unyielding stance that CP has significantly undervalued their company, according to a corporate governance and finance expert.

“It all comes down to price,” Charles Elson, a professor of corporate governance at the University of Delaware, told JOC.com. “If it’s a regulated industry and the price is less than stellar then the odds decrease.”

Last week, NS posted to its website a white paper authored by Chip Nottingham and Frank Mulvey, two former members on the U.S. Surface Transportation Board. In the document, Mulvey and Nottingham explain why they think a CP-NS merger and a proposed voting trust would have difficulty gaining regulatory approval in the U.S.

Mulvey and Nottingham argue that the merger would face significant hurdles just approaching an STB that has already said it has “no appetite” for railroad consolidation.

Given historical service problems from consolidations, like the 1993 merger of Burlington Northern and Santa Fe railroads, the STB might impose conditions related to service levels, such as the frequency with which cars will be delivered to and picked up from shippers, the men said.  Such service conditions necessarily would threaten CP-NS’ freedom to structure its operations.

Even if the STB were to approve the proposed merger, such approval should be expected to come with a huge price tag in the form of conditions, they said. The merger review process provides the STB with the jurisdiction and authority to regulate carriers in ways that would otherwise exceed its authority. In addition to conditions regarding competition and potential further rail industry consolidation, the STB could impose other burdensome and expensive conditions.

“Current STB regulations set a high bar for approval of CP’s proposed voting trust and merger based on an untested public interest standard,” two former STB members wrote. “While no one can predict with absolute certainty what the STB will decide, we believe, based on our review of the public record, that the STB is unlikely to approve CP’s proposed voting trust and the CP+NS merger.”

In a CP response to the white paper, the Canadian railroad argued Tuesday that Nottingham and Mulvey’s assessment was based largely on inaccurate assumptions, rumor, speculation, and conclusions unsupported by fact or by law.

“Neither Mulvey nor Nottingham participated in the review of a ‘major’ merger transaction while at the STB and did not consult with CP to ascertain the details of what CP is proposing or might propose before publishing their white paper,” the company said.

CP also pointed out that the white paper was published before CP delivered its officials second $42 billion pitch to NS, describing the key features of the proposed merger and related voting trust including its proposal to put CP in trust. Instead, Nottingham and Mulvey assumed for the purpose of their analysis that NS would be put in trust.

The railroad laid out claims it has made since its original $28 billion takeover bid: The merger presents no potential competitive harm and a low risk of service disruption.

While CP said the company remains mindful that a CP-NS merger would be the first major transaction under STB review since 1999 and the first under new merger rules, it nevertheless believes the board would not take the full statutory time period to review the merger.

“The STB lacks staff resources and merger experience necessary to expedite consideration,” CP said in a statement. “The STB staff, however, is capable, experienced in reviewing and analyzing mergers and related issues.”

CP highlighted the fact that the agency today has a slightly higher headcount than when it reviewed, and approved, previous mergers including the 1999 acquisition of Conrail by NS and CSX Transportation and the acquisition of the Illinois Central Railroad by CP’s rival Canadian National Railway that same year.

In a follow-up response to CP’s remarks, NS released a another statement Tuesday.

The Virginia railroad argued that Mulvey and Nottingham did consider the voting trust structure in their white paper, despite CP’s claims. The former STB commissioners said they believe that any voting trust, however structured, is highly unlikely to be approved by the STB, NS said.

“If Canadian Pacific is confident that its proposed voting trust structure would satisfy the twin legal tests — avoiding premature control and furthering the public interest -- Canadian Pacific can seek a declaratory order to that effect from the STB,” NS said.

The NS response and CP’s critical remarks on the NS white paper all come in the midst of new talk that the Canadian railway could be gearing up for a proxy fight to win control of NS, something industry insiders initially said was unlikely.

According to intermodal analysts, the closest the industry has come to a hostile takeover was when Bill Ackman’s Pershing Square hedge fund installed E. Hunter Harrison as chief executive at CP in 2012.

“The proxy fight that resulted in Hunter’s arrival at the CP is probably the closest, but I don’t see that happening here,” industry analyst Tony Hatch told JOC.com.

Ackman, however, disagrees. The activist investor, himself, has said that a proxy fight is now “reasonably likely."

Should Ackman and Harrison pursue a proxy fight, they’ll have to accomplish more than convincing the NS board that they can overcome regulatory hurdles in Washington and Ottawa. Since the very first takeover pitch, there has remained a consistent complaint from the NS board that CP has significantly undervalued its company in both its $42 and 28 billion bids.

And that doesn’t bode well for CP’s odds in a proxy fight, said Elson — especially now that the potential CP takeover has spurred BNSF Railway’s Matt Rose to tell Bloomberg that his railway is now also considering a potential railway acquisition and that BNSF is in fact eyeing NS.

“The one who wins will be the one who convinces the institutions where the value lays,” Elson said. “That really depends on the price.”