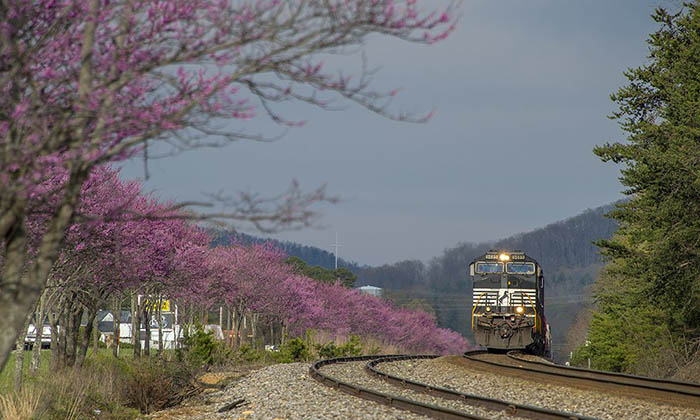 Canadian Pacific Railway might still make another play to acquire a Class I railroad. But if Chief Executive E. Hunter Harrison wants to succeed where he has failed twice before — with CSX Transportation in 2014 and with Norfolk Southern Railway this year — he’ll need to take a more diplomatic approach to sway legislators, regulators, shippers and shareholders, rail analysts told JOC.com.

Although NS maintained CP’s $30 billion takeover bid was too low, CP said it was that league of stakeholders that killed its latest merger ambitions.

Overcoming political and stakeholder opposition was made all the more challenging by the railway’s tone-deaf understanding of how the marketplace and Washington would respond to a 21st century rail merger, analysts said.

That CP needs an acquisition — arguably more than any other Class I railroad — could spur Harrison to make another go of it, according to those same analysts. CP is the smallest Class I by revenue, volume and geography served, and there is little opportunity to improve the franchise without a merger or acquisition, said Tom Finkbiner, a noted intermodal analyst and CEO of Tiger Cool Express.

“Railroads are all about scale and scope and CP doesn’t have either,” Finkbiner told JOC.com. “It is geographically disadvantaged, it is now operating near its peak financially and therefore is at the whim of the macro-economies of the U.S. and Canada.”

CP’s stock multiples will decline so long as there is so little flexibility to add value to a system that limited, he said. In the past year alone, the railway’s stock value has dropped 25 percent to roughly C$145 (US$113.40) per share.

Bill Ackman, once CP's largest shareholder now its second-largest, has set about trying to turn that around. Not only was he the mastermind behind Harrison’s rise to power at the company back in 2012, Ackman has been the principal driver of the theory that CP could increase its value through a substantial merger or acquisition in the industry.

CSX made an attractive target back in 2014.

The Florida-based railway, however, is bigger than CP, its recent history has shown consistent financial improvement and its leadership was able to stave off CP’s early advances. The deal fell through that same year — for reasons that remain unclear to this day.

Unlike its fight for NS, CP’s overtures for CSX were largely kept behind closed doors. On a conference call in November of last year, Harrison told investors and analysts the CSX deal ultimately fell apart after causing “too much of a stir” and was dropped for “reasons that will go unsaid.”

“NS represented a better target because they had clearly lost their way financially,” said Finkbiner. “What used to be the best operating railroad in the business became mediocre. Then, for reasons that are clear only to the NS board, everyone in the ‘C’ Suite cleared out in a short period, making them vulnerable.”

Having learned from its previous failure with CSX in 2014, CP prepared to “fight the good fight” when it began its pursuit of NS, said Tony Hatch, transportation analyst with ABH Consulting.

Not only was CP more public in its pursuit, it was more organized, Hatch said. CP produced white paper upon white paper in the wake of its initial takeover bid for NS in November. Harrison took the chance to speak openly on the matter on earnings calls, in the media and at public appearances. There was even a website.

Harrison and Ackman may have expected some pushback from NS, which they found, and from other Class I railroads, which they also found. The pair seemed ill-prepared, though, for the reception they’d receive in the marketplace and on Capitol Hill. What’s more, they lacked the diplomacy to do anything about it.

As Hatch put it, Harrison and his team lacked the “politesse” to push their transaction through Washington.

CP’s presence in the U.S. capital is small and it was only in recent months that the Canadian railway began to muscle up in Washington. Outside of its participation as a member of the Association of American Railroads, the Canadian railway doesn’t have much in terms of lobbying strength.

Moreover, the AAR represents all seven of the Class I railroads in North America, limiting its ability to help CP navigate legislators and regulators when many if not all of the Class I’s in its membership opposed the proposed CP-NS tie-up.

The Class I rail industry made its position clear: if CP were to succeed in acquiring NS, it would spark a new era of consolidation in the industry. It was a threat and a promise that the railroads said they didn’t want to pursue and U.S. rail regulators certainly wanted to avoid.

With stakeholder opposition at 6-1, Hatch said, the odds were too great from the get-go.

By mid-April, the deal was opposed by the other major Class I railroads, major shippers including FedEx and UPS, groups of lawmakers in both houses of Congress, the Justice Department, the U.S. Army and NS leadership.

Roughly three-quarters of the letters regarding the proposed merger published to the U.S. Surface Transportation Board’s website expressed either firm opposition to the deal or, at the very least, calls for closer scrutiny of any rail merger.

The Justice Department’s April 8 statement on the matter, many believed, put the final kibosh on the deal. CP had requested the U.S. rail regulators on the STB issue a declaratory order vetting its proposed structure for the merger, a so-called “voting trust” that would put CP into a trust until the merger was approved. It was an interesting take, to be sure, on a historic merger mechanism: typically, the railroad to be acquired, not the acquiring railroad, is placed in trust.

The deal’s inherent weaknesses and the overwhelming pushback weren’t helped by Harrison’s lack of certainty on the deal itself.

“I think those of you that have got it figured it out, what we’re going to do, ought to let me know, because I haven’t got it figured out,” Harrison said on a January conference call with investors and analysts.

When the CP board voted to drop the fight for NS, it was just weeks before NS shareholders were to confer for their annual meeting in Williamsburg, Virginia, where they were set to vote to bring their unwilling board to the negotiating table with their Canadian counterparts and discuss the deal.

It’s important to note that CP’s board did not vote to just call off the NS merger, but to abandon all merger ambitions, period. That hasn’t convinced too many that CP, Harrison or Ackman have had a change of heart about how the company must grow.

“We would be surprised if he didn't take at least one more swing at the fences perhaps sometime in 2017, especially if the Republicans win the White House and maintain majorities in the House and Senate,” Larkin said.

CP may take a swing, but that doesn’t mean it will make contact. Many analysts have noted that Harrison, still a lion in the industry, is now in his mid-70s and could foreseeably be looking to retire before looking to revamp old merger ambitions. Meanwhile, Ackman, also still a force in his own field, has lost a bit of his own luster. The failed CP-NS deal comes hot on the heels of what the Financial Times called “the worst losing streak in his career” after a bet on drug giant Valeant Pharmaceuticals backfired.

What is certain is that most analysts, and most industry insiders, agree that something can and should be done to improve the current condition of North America’s rail industry. While service metrics, largely train speeds, have improved, there are still wide complaints of inconsistency and unreliability in the network. Current carload and intermodal volume declines, which have partially helped free up track and improve said service, have meanwhile put their own strain on railroad profit margins.

But it doesn’t take a merger to resolve these operational issues, as analysts told JOC.com.

“I think a lot of things are going to get re-thought under the current volume pressure situation on the railroads. Obviously there is a lot of change that is going to need to occur,” said Intermodal analyst Larry Gross. “I think, hopefully, you’re going to see a more creative, more activist approach. Business as usual is not going to cut it.”