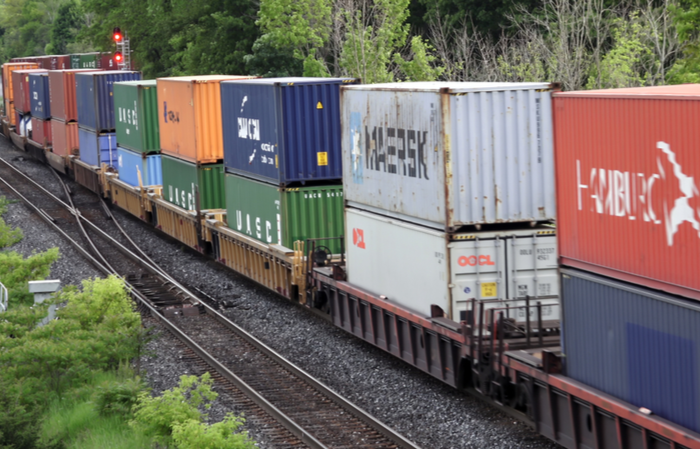 A Canadian National intermodal train in Ontario. CN and CSX will launch joint services in October connecting Montreal and Toronto to the ports of New York-New Jersey and Philadelphia. Photo credit: Shutterstock.com.

Canadian National Railway and CSX Transportation have announced new international intermodal routes connecting Montreal and Toronto with New York, an addition to the network when much of the discussion has been around slashing service.

The service is one of a few additions amid hundreds of lane closures since last year and early this winter. While CSX has embraced precision scheduled railroading, which is often seen as cutting service, equipment, and staff, the Jacksonville, Florida-based railroad has made calculated additions to the intermodal network, too. CSX and BNSF Railway began an interline service last October from Los Angeles to North Baltimore, Ohio. CSX and Schneider announced a route between northern New Jersey and Indianapolis, Indiana, which would help shippers avoid the congestion of Chicago.

CSX CEO Jim Foote has said he wants to eliminate unprofitable short-haul routes, but this route would qualify as a longhaul route, which he has never opposed.

“CSX is pleased to work with CN to deliver superior all-rail intermodal service into the Montreal and Toronto markets,” Foote said in a statement. "Answering a need expressed by our customers, this new service positions us to capture market share from trucks and increases capacity in these expedited lanes, as larger container ships call at the Port of Philadelphia and Port of New York and New Jersey.”

Both CSX and CN hope to convert some of these longhauls on truck into interline rail.

“Over the long term, the freight market will increasingly depend on demand driven by the consumer economy and the rail industry must create new intermodal services that can successfully rival the over the road options,” said CN CEO JJ Ruest.