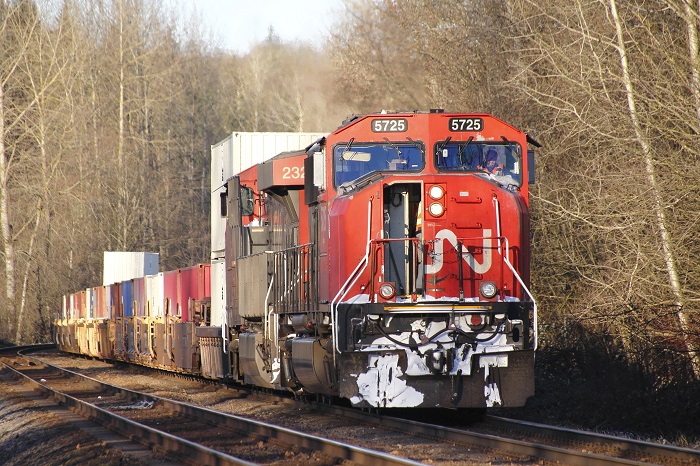 Jean-Jacques Ruest, Canadian National Railway's interim CEO, acknowledged railroad service this winter was below standard in Canada and the United States, telling investors the company will invest money to restore service and repair fractured relationships with some shippers.

Ruest, who took over after CEO Luc Jobin was pushed out, outlined a four-prong plan consisting of improving infrastructure between Western Canada and Chicago, acquiring and utilizing more locomotives, and hiring more conductors.

“One of these pillars of what we need to do at CN is one is to create a lot more energy in the company to really have the sense of urgency, so we can do the next three steps very quickly and make sure that everybody is engaged on the one task,” Ruest said Wednesday during the J.P. Morgan Aviation, Transportation & Industrials Conference.

CN has been beset with problems since autumn, with surging volume, lower train speed, longer dwell times, and extensive delays at the Port of Vancouver and Prince Rupert, Canada; Chicago; and Memphis, Tennessee.

Although CSX Transportation recently overcame its own issues in Chicago, shippers and truckers have repeatedly complained about the service in the four locations. In Chicago and Memphis, CN grounded containers rather than wheel-mounting them for the trucker.

In Memphis, one trucking executive told JOC.com that there were more than 900 boxes on the ground or inaccessible on stacks as of Friday March 9.
"They will not mount drivers with these buried loads. The situation is critical and shippers, truckers and all stakeholders asking the same question: what recourse do we have with the rails?" the executive said.
A spokesman for the railroad did not confirm the number but acknowledged the terminal has "high ground counts."

Conditions have improved through the first half of March and dwell times at each of the major terminals is down over the last four weeks — except in Ontario — according to weekly data from the American Association of Railroads. Intermodal train speeds are also up during the same period from 23.3 to 24 miles per hour.

Nevertheless, Ruest said the company is dedicated to revamping itself to satisfy their customers. Next month, CN will begin constructing additional sidings on the Western Canada to Chicago corridor where two or more trains can meet up to either store or switch railcars. In other segments, CN will add a second track. Work on both projects should be completed in autumn, Ruest said.

CN also placed an order for 200 railcars, of which 60 are due to arrive this year beginning in July. In the interim, the railroad is leasing 130 railcars to boost its capacity to improve the lackluster service to customers.

“In a couple of weeks, we will have as many locomotives as we need, they will all be leased, they may be not quite as efficient as brand new one. And in the second half of this year and early next year we will turn up the lease [locomotives] for a better horsepower locomotive from GE,” Ruest said.

CN is also boosting its employee headcount to operate these new locomotives, hiring 265 qualified conductors in the fourth quarter and another 800 in the first half of this year.

“It takes either a couple of weeks or a couple of months to find a conductor that you can train. A couple of weeks if it's in the United States or in the East and it could be more time if [it is] in western Canada where the population base is less and the employment rate is also low,” Ruest said. “So, when you find these conductors you put them through the training class ... and within six months he becomes qualified and now you become a productive conductor.”

Shippers can only hope these measures reverse the disappointment felt over the last few months with unpredictable delivery schedules and higher costs.

Truckers have been charging detention of at least $75 to $150 per hour during multi-hour delays, and railroads are assessing demurrage of $100 to $150 per day when a container is not picked up within the alloted free window. Shippers can only hope conditions do not deteriorate even further when regional draymen can be taken out of service beginning April 1 for not using an electronic logging device.