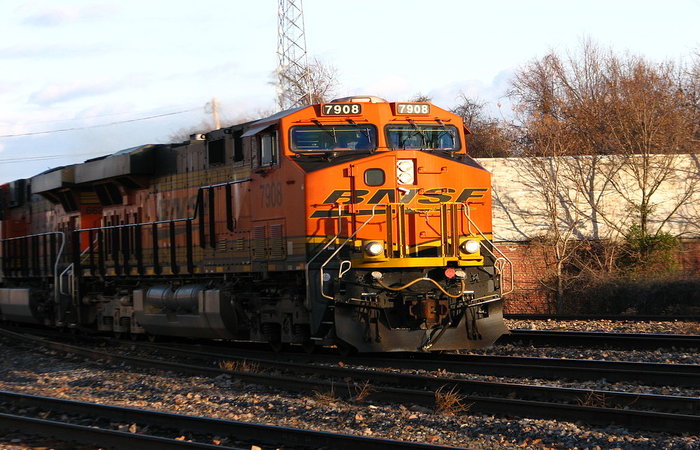 Starting Sept. 14, BNSF will launch a daily expedited service for westbound shippers and a six-days-a-week service for eastbound traffic, according to a company release. BNSF said it’s the only rail operator to offer expedited service between Chicago and the Seattle, a subtle dig at its archrival. UP last year launched new intermodal services between Portland and Chicago that appeared to be aimed at attracting cargo from shippers frustrated with BNSF delays on the Northern Corridor.

The announcement of improved BNSF service connecting the Midwest to Portland, Seattle and Spokane comes after the railroad spent nearly $3.5 billion on its network in the North Region and deployed more train crews and locomotives to restore network fluidity on the corridor.  The railroad currently has limited expedited service on the lane, BNSF spokesman Amy Casas told JOC.com.

Because of the growth of frac sand, oil and other domestic-energy related shipments and grain traffic that clogged BNSF’s Northern Corridor, the railroad last year reduced its expedited service goals. Transit times from Chicago to Seattle, for example, fell from slightly more than 80 hours to closer to 120 hours. The new service schedule now seeks the earlier transit goals, with expedited container and trailer services from Chicago to Seattle and to Portland set each at 80 hours.

The improved services are thanks in large part to substantial investments the railway has made in its Northern Region, Katie Farmer, BNSF consumer products group vice president, said in a statement.

“From 2013 through the end of this year BNSF will have invested nearly $3.5 billion in our Northern Region to maintain and improve our rail network to better serve our customers’ transportation needs,” Farmer said.

UP, too, has heralded new investment in the region with plans to invest roughly $4 million this year to improve its infrastructure in Washington state: nearly $3 million in track maintenance and $1 million in signal system enhancements.

Despite the railroad’s billion-dollar investments, BNSF shippers and the railway itself have said continued capacity investments are needed. Last year, the railway announced a substantial investment, planned to expand capacity, ease congestion and restore schedule reliability on the Northern Corridor.

“The added capacity and maintenance work we regularly conduct is progressing as planned and will generate significant benefits to our customers for years to come," Farmer said.

The railway is already running “quicker and more consistently,” she added.

As of the latest BNSF traffic report ending May 30, the railroads intermodal volume is down nearly 2.3 percent this quarter, but traffic is up 2.8 percent in the second quarter-year-date, suggesting the railroad has picked up steam as port congestion eases on the U.S. West Coast and may already be strengthening its footing in the domestic intermodal market.