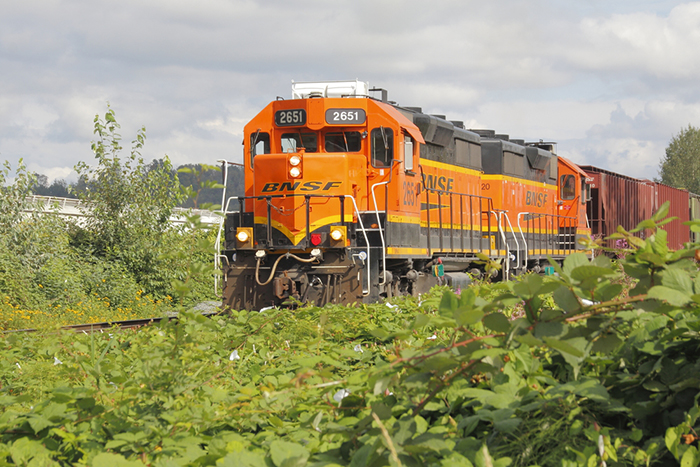 A new intermodal service from the Pacific Northwest to Texas is just the first of a number of new services planned by BNSF Railway.

BNSF Railway plans to launch a new, faster intermodal service this month that promises to reduce transit times between the Pacific Northwest and Texas. It comes just in time for the fall harvest season for farmers in Washington and Oregon looking to get their produce to southern markets faster.

It’s just another example of how Class I railroads in North America are aiming to attract more intermodal business in the midst of what many are calling a “freight recession.” BNSF executives have told JOC that even though the economy is improving, the railway still does not anticipate a strong peak fall shipping season this year.

The service, between Portland, Oregon, Seattle, and BNSF’s AllianceTexas intermodal facility outside of Fort Worth is scheduled to launch September 12. Goods from the Pacific Northwest will arrive in the Dallas and Fort Worth area on the morning of the fifth transit day.

Traffic along the route will run Monday through Friday in both directions and include a refueling option along the way for refrigerated equipment that carries temperature-sensitive cargo.

From the AllianceTexas facility customers can reach major Texas and Oklahoma markets with short-haul trucking options.

Faster, more direct routing means agriculture shippers can move produce to southern markets at the peak of freshness, which is good news for farmers that are now preparing for what looks to be a bumper crop.

The service option has been billed as the first of a slew of new routes that will be announced and rolled out over the next year, according to the railway. BNSF executives said they have been listening and responding to customer feedback on key lanes — especially as railways industrywide struggle with declining freight volumes in the carload and intermodal sectors.

BNSF is looking to “leverage the significant investments that we have in our infrastructure,” Katie Farmer, group vice president of consumer products at BNSF, told JOC in a recent roundtable with members from the Intermodal Association of North America. “What it really comes down to for customers is service.”