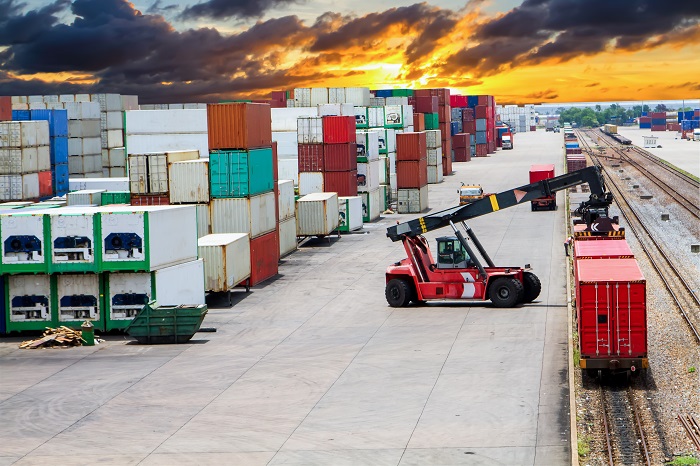 North American intermodal has gotten off to a rough start this year. The months of January and February usually mark the slowest period of the year, but business has remained brisk and meeting demand has proved difficult. The intermodal industry is racing to try to clean up the situation even as more severe challenges loom. The outcome for the intermodal sector for the rest of the year is by no means certain.

The intermodal model is complex, requiring a coordinated ballet in which various inputs — including rail line capacity, railcar supply, terminal capacity, chassis supply, container supply, and drayage capacity — all need to be in balance. A shortage in any one of these inputs can quickly ripple out, slowing system velocity and causing shortages to appear elsewhere. Such has been the case in early March.

The immediate culprit has been drayage capacity. The “neglected stepchild” of intermodal, the dray carrier is emerging as the critical link in an intermodal network in which each move invariably involves a truck. One of the unknowns heading into the electronic logging device (ELD) mandate, which took effect in mid-December, was the effect the requirement would have on the drayage sector. After two months, it appears the impact has been quite significant, at the upper end of the range of expectation.

The biggest issue has been in the “long-haul” dray segment, which requires ELD-equipped trucks and in which the drivers are most vulnerable to terminal and other delays simply because they have a smaller time cushion to accept delays. The results include sharply higher rates, but that is only half the story. The more significant issue is the resulting lack of dray capacity being felt most acutely in the Midwest, where dray length of haul tends to be longer.

Intermodal's interconnections — many chances for a delay

Now, the interconnected nature of the intermodal system has become obvious, and not in a good way. Lack of dray capacity has caused containers to stack up in the intermodal ramps awaiting highway movement. The passage of container returns to the ramp has also been impaired, slowing equipment velocity. Chassis supply, which had previously been adequate, suddenly became tight because too many chassis were trapped out on the street awaiting movement back to the terminal. As inbound rail flow into the terminal continued, the number of grounded boxes mounted, until there was simply no more room, at which point an embargo of a few days was required to reset the stage and gain some breathing room.

But these embargoes entail ripple effects. The most recent one as of this writing was the closure to inbound containers off the street of the CSX 59th Street terminal for several days. Hopefully, this will enable CSX to clear out volume onto outbound trains and open up some terminal capacity.

But highway movement of containers out of the ramp will be impaired because dray carriers will be reluctant to incur the extra cost of a bobtail move into the ramp to pick up a load for delivery. Additionally, there is the question of what will happen to the flow of rubber-tire crosstown moves that normally arrive at the CSX ramp each day from the Union Pacific and BNSF ramps. With nowhere to go, these units will stack up in the western rails’ terminals as the inbound trains from the west continue to arrive, causing congestion at those facilities.

The effect of these dislocations has been apparent. Just about every Class I railroad has had to put a temporary embargo on at least one of their Chicago terminals in recent weeks. Marine chassis supply has become so short that the intermodal equipment providers were forced to relocate additional chassis supply from other locations into Chicago at considerable expense.

Time is very short to get things under control. In a normal year, volume begins to ramp up significantly from February to March to April. Add to this the beginning of full enforcement of the ELD mandate beginning April 1. Over-the-road and drayage capacity will grow even tighter. Can the industry expect rolling embargoes of intermodal terminals much like the rolling blackouts that occur when the electrical power supply cannot meet demand?

It is a poor time for a carrier to have to negotiate a long-term contract, but that is exactly the place where ocean carriers find themselves with regard to their “store-door” deliveries. They are between a rock and a hard place because their inland costs are skyrocketing. No doubt many would prefer to wash their hands of the situation and offload the problem onto the beneficial cargo owner (BCO). But with the self-inflicted problem of too much mega-ship capacity, the steamship lines are not in a position to take a hard line with large BCOs. These big customers will likely insist that now is not the time to make a change in the long-standing store-door arrangements.

In short, it looks as if it is going to be a turbulent year, and the likelihood is that things are going to get worse before they get better.