Is $4B enough to solve Chicago's rail congestion?

Is $4B enough to solve Chicago's rail congestion? 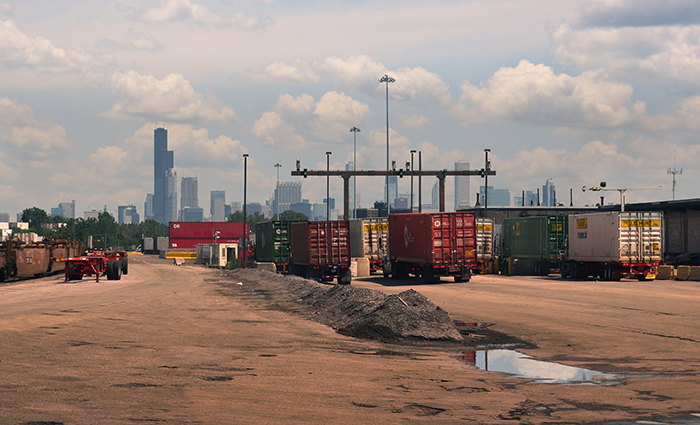 After more than a decade, nearly $4 billion worth of infrastructure improvements in Chicago are nearly complete. City, state and industry leaders say they are working, helping the city shake its reputation as the nation’s longtime transportation bottleneck.

There remain skeptics, though, that question whether any amount of capital projects could rein in the competition among railroads for time and space in the city, what has ultimately been the root of Chicago’s congestion for more than a century.

“I think there are a lot of things going on and I think the focus has kind of turned to capital projects and physical improvements,” Tom Finkbiner, noted intermodal analyst and CEO of refrigerated intermodal rail provider Tiger Cool Express, told JOC.com. “The problem is much more managerial than it is physical. I just don’t think the railroads play well together.”

The men and women behind those $4 billion worth of projects are sympathetic. There is surely no amount of capital or capital projects that could rid the city of rail and road congestion altogether.

“There will always be congestion, but we’re managing that congestion,” said Jeff Sriver, director of transportation, planning and programming for the Chicago Department of Transportation.

Sriver oversees the city’s involvement with the Chicago Region Environmental and Transportation Efficiency Program, otherwise known as CREATE. Launched in 2003, the program is an equal partnership between the city, the state of Illinois and industry representatives with the Association of American Railroads, the largest rail lobby in the U.S.

“CREATE is really the piece of the puzzle to help make Chicago work better on the capital side,” Sriver told JOC.com. Changing the culture and competitive mindsets of the railroads? “That’s really outside of our purview.”

Of the 70 projects listed under the CREATE program, 70 percent of them are now completed, under construction or in various design states, according to Sriver and AAR spokesman Ed Greenberg. To their credit, the projects appear to be working, untangling the jumble of rail lines, both freight and passenger, and roadways in the Chicago metropolitan area.

Sriver highlighted one project in particular showcasing CREATE’s impact: the construction of a rail flyover in the city’s Engelwood and Great Grand Crossing neighborhoods at the confluence of Metra commuter, Amtrak passenger and Norfolk Southern Railway lines.

The crossing sees, on average, 78 Metra trains, 46 NS trains and 14 Amtrak trains each day and caused significant delays for all three, according to NS, the city and AAR.

Before the project was completed in October 2014, Sriver said, “for three hours in the morning during rush hour, no Norfolk Southern trains could get through the junction” and Metra riders experienced more than 7,500 annual passenger hours of delay.

With the completion of the $142 million project last year, however, commuter trains are now carried over the busy freight tracks used by freight and Amtrak trains, eliminating the timely and costly conflicts.

“We have been looking forward to this day for a long time,” Wick Moorman, then the railway’s chairman and CEO, said in a statement. “It’s impossible to overstate the positive impact this project will have on Norfolk Southern’s service, along with Amtrak’s and Metra’s. Not only will this project eliminate many hours in freight and passenger train delays daily, but it frees up additional capacity for all of us to continue to grow our business.”

Not everyone, however, including some railroads, has been onboard with CREATE.

While CSX Transportation Chairman and CEO Michael Ward has said the project was “probably the biggest investment the industry” could make toward improving fluidity, Canadian Pacific Railway CEO and Director E. Hunter Harrison has lambasted CREATE.

“I think CREATE was broke when it started and it’s been broke ever since, and it’s created zero value in my view,” Harrison told investors during a 2014 first-quarter earnings call. “You know, it’s hard enough to get two railroads to agree on something much less seven or eight.”

Harrison echoed Tom Finkbiner’s remarks that the historic congestion in Chicago is more managerial than physical.

“I think CREATE is a great thing, but there’s so much more that you can do with what’s there now that’s not being done,” said Finkbiner. “The real thing to do is change mindsets and there’s nothing in the world apparently capable of doing that.”

To that effect, Finkbiner said Chicago may be a problem without an ultimate solution. The very city itself, not just its briarpatch of rail lines competing for space, poses part of that problem.

“Winter isn’t that bad in St. Louis, why not go there? Kansas City, St. Louis, both of which are more viable than Chicago in the winter and they’re not being used,” Finkbiner said. “And they won’t be.”

The answer: Freight railroads spend billions of dollars every year on key projects in Chicago.

“The history is that the capital has been spent and the railroad networks have been configured to send volumes through Chicago because that was a connecting point,” Finkbiner said. Railroads simply aren’t going to abandon a century of investment in a single city.

It’s a cornerstone of Finkbiner and Harrison’s critique of the CREATE program. But, as Sriver said, the purpose of CREATE was never to eradicate congestion in Chicago or change the corporate cultures of the railroads that intersect there.

“I would compare it a little bit to traffic congestion and capacity in a city,” Sriver said. “You never really solve it. You don’t want free, flowing traffic at all times because that’s a sign there’s no economic activity.

“Will there ever be no congestion in Chicago? No.”