Is Canada the light at the end of the PSR intermodal tunnel?

Is Canada the light at the end of the PSR intermodal tunnel? 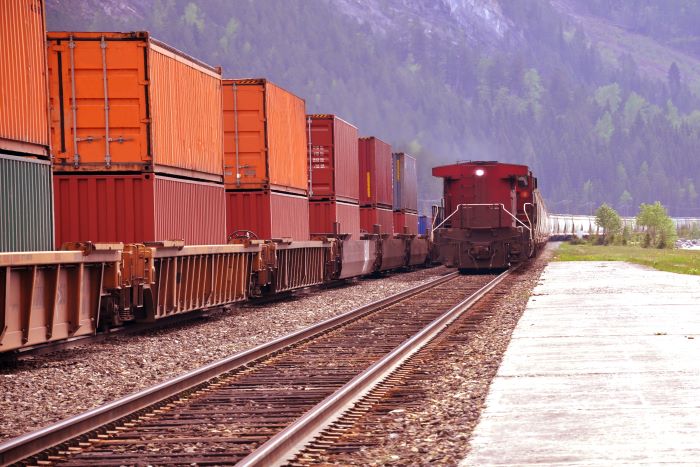 Canadian railroads are the poster child for a scenario in which performance will prove attractive to shippers once the potentially disruptive transition to PSR is completed. Photo credit: Shutterstock.com.

Editor's Note: Due to a miscalculation, an earlier version of this analysis overstated the loss of Canadian domestic volumes. This piece has been updated to reflect the current calculations. Apologies for the error.

Those who have been watching the precipitous decline in United States domestic intermodal activity thus far this year have been able to take some comfort in the superior performance of the Canadian railroads. Intermodal growth north of the border supports the scenario that once the Precision Scheduled Railroading (PSR) transition is completed, the stage is set for intermodal gains. But a closer review calls this assumption into question.

PSR advocates take the position that the current losses represent “the pain before the gain.” Once the difficult and potentially disruptive transition to PSR is completed and the intermodal networks are “right sized” and streamlined, then superior operational performance will prove attractive enough to shippers to once again prompt highway-to-rail conversion and support intermodal growth. The performance of the Canadian railroads is the poster child for this scenario.

The Association of American Railroads (AAR) puts out weekly intermodal volume figures by railroad. This enables a crude division by NAFTA nation, with the two Canadian railroads, CN and CP, considered “Canada;” the Mexican railroads, KCS de Mexico and Grupo Mexico (Ferromex and Ferrosur) considered “Mexico;” and the balance slotted as “US.” This is not a completely clean division because the Canadian railroads both incorporate substantial US operations, and Grupo Mexico’s results include the Florida East Coast Railroad. But it’s close enough.

But if we take a closer look at where the growth is actually being generated, the picture is quite a bit less encouraging. Intermodal Association of North America (IANA) ETSO data lets us segment the intermodal volume into movements of international ISO containers and domestic equipment (containers and trailers). It also allows us to segment the market geographically in a much more precise manner.

The data shows us that Canada is far more oriented toward the movement of ISO containers than the United States. Seventy-five percent of Canadian internal movements are of ISO containers, compared with only 44 percent in the US. Transloading of import cargo into domestic containers is much less prevalent in Canada, and repositioning moves of ISO containers with domestic cargo is more common. The cross-border market is even more dependent on ISO container moves, which account for 91 percent of the intermodal units.

The data shows that intermodal performance year-to-date for the intra-Canadian market has been only marginally better than that of the intra-US market. Both have lost ground, with Canadian totals down 1.2 percent versus the US deficit of 4.1 percent. Further, intra-Canadian movements of domestic containers and trailers have fallen 4.7 percent year-to-date (YTD), versus a loss of “just” 6.1 percent for the US. A good portion of the Canadian loss was generated by the discontinuance of the CP Expressway service last year, resulting in a 95 percent reduction in Canadian trailer volume. But even looking at just domestic containers, volume is down 7.8 percent YTD.

The Canadian growth story turns out to be a cross-border story. Overall revenue moves crossing the US-Canada border were up 5.3 percent YTD, with a gain of 8.2 percent in ISO containers partially offset by a decline in the small cross-border domestic container market of almost 20 percent. From an overall industry perspective, the cross-border gains don’t represent an overall gain in intermodal volume, but rather a market share shift due to changing import routings. It’s still a great story, but it doesn’t support the PSR growth thesis.

PSR railroaders want to run massive trains from point to point, with minimal intermediate work events. Inland Point Intermodal (IPI) trains of import containers fit the bill. Mega-ships dump massive quantities of equipment that need to be moved out from the ports to a limited number of destinations. Service is not much of a factor provided that throughput is maintained at the port.

But the domestic intermodal market is much different. Volumes are fragmented and much more service-sensitive. As the railroads streamline the domestic intermodal network, volume that doesn’t fit is being sloughed off back to the highway. What is not at all clear is how much potential growth remains in the major point-to-point lanes that intermodal has chosen to continue to serve.