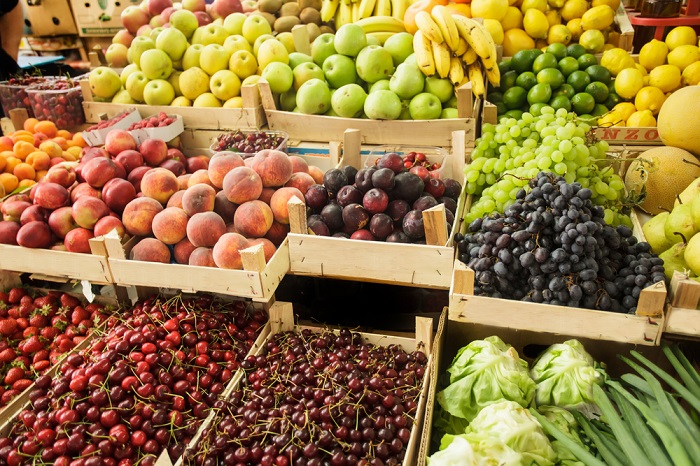 Not only has the USDA program opened up new opportunities, but it has also eliminated the multiday truck trips for fruit. (Above: Fruit at a market.) Photo credit: Shutterstock.com.

The ports of Charleston, Savannah, and Virginia are teaming up with cargo owners and logistics providers to attract a greater share of refrigerated cargo with their new capability in being able to handle fruit imports from South America.

Market share remains in the single digits — both as a percentage of overall reefer imports and exports in the US and overall volumes within the individual ports — but the port authorities of Georgia, South Carolina, and Virginia say the US Department of Agriculture (USDA) clearance will open the door to even more business opportunities.

For many years shippers sent perishables into Philadelphia, New York, and New Jersey because of temperatures necessary to prevent contamination. Things began to change in 2015 when the USDA launched a Southeast In-Transit Cold Treatment pilot program to allow citrus, apple, grapes, blueberries, and other fruits from Argentina, Chile, Brazil, Peru, and Uruguay to be imported into the Southeast. The containers are kept at a temperature slightly above freezing during the two-week refrigeration process.

Not only has the USDA program opened up new opportunities, but it has also eliminated the multiday truck trips. The USDA also recently removed Savannah from the cold treatment pilot program, which means refrigerated goods can be unloaded midway through the process and completed in the terminal. The Port of Wilmington, North Carolina, was the first to reach this designation last year.

In Charleston, Norfolk, Richmond, and Savannah there are reefer racks popping up to allow temperatures to remain constant in these containers. Port authorities are teaming with cargo owners and logistics companies to ensure freshness to the final destination.

The share has remained steady since 2016, indicating reefer growth is relatively similar to other ports in the country.

Reefer exports will never be a core business in the Southeast, much like resin exports. Port authorities believe reefer will maintain its current share as overall volume increases.

The Port of New York and New Jersey dominates the import refrigerated market on the East Coast. Through September it owned a 15 percent share of imports in the US, according to PIERS, a sister product of JOC.com. Savannah owns 3 percent share, Norfolk 2 percent, and Charleston 1 percent. Savannah, Norfolk, and Charleston’s market share has been relatively constant between 2016 and now — shifting less than a percentage point. In 2017, Savannah imported 43,358 reefer TEU, Norfolk 32,065 TEU, and Charleston 13,102 TEU. In comparison, New York-New Jersey handled 225,008, Wilmington, Delaware processed 163,520, Philadelphia 140,935, and Port Everglades 97,252, according to PIERS.

Given its size and traffic in the Southeast, Savannah has the most equipment dedicated to refrigerated cargo. There are 104 refrigerated racks capable of handling 2,500 containers. By March 2019, capacity will increase to 3,341 containers with 15 additional racks.

“Recently we’ve been authorized to fully accept produce from South America so although we’ve seen a significant increase in produce this year, you’ll see that number grow exponentially in the upcoming year, if the economy remains strong,” said Griff Lynch, executive director of the Georgia Ports Authority (GPA).

On the export side, Savannah handles about 40 percent of poultry leaving the US, according to the GPA. Lineage Logistics, Gulf States Cold Storage, and Agro Merchants handled these products in Savannah.

In Norfolk, the Port of Virginia will expand storage capacity 200 percent by the end of 2019, totaling nearly 3,000 container plugs. Virginia International Gateway and Norfolk International Terminals will handle 1,200 containers apiece, and about 500 in Portsmouth Marine Terminal.

Genset plugs are used on the weekly barge service to Richmond Marine Terminal. Discount grocery chain Lidl uses the inland port and owns a distribution center in the state capital. Richmond Cold Storage and Lineage Logistics also own facilities in the city.

In Charleston, there is capacity to handle more than 1,700 containers in the Wando Welch and North Charleston terminals. Lineage Logistics and Agro Merchants also have blast freeze facilities in Charleston, like Savannah, and so does New Orleans Cold Storage.

Like Savannah, poultry is a popular export from Charleston. Another popular export coming out of facilities such as Lineage Logistics is pork products. Latin America, according to the South Carolina Ports Authority, is a major market for these exports.

“There is an emerging middle class in a number of these countries and there is an opportunity for us to grow business by serving those needs,” said Jim Newsome, executive director of the South Carolina Ports Authority, in a July conversation with JOC.com.

There should be more warehouses popping up, more domestic appetite for fruit, more international demand for poultry and pork, and new business opportunities in the coming years. In general, reefer containers are a higher margin business than dry van because of the complexities of handling the cargo.

Cargo owners will always find more opportunities and fewer hurdles to routing temperature-controlled containers through New York, Los Angeles, Seattle-Tacoma, Philadelphia, and Wilmington, Delaware, but there is hope the Southeast will allow cargo owners to spread out their business and provide options closer to where consumers of these perishables live.

Canada Trade and Shipping Outlook
TPM22: What We Learned — Container Shipping in the Crosshairs
Managing E-Commerce From Order to Delivery and Beyond
END_OF_DOCUMENT_TOKEN_TO_BE_REPLACED