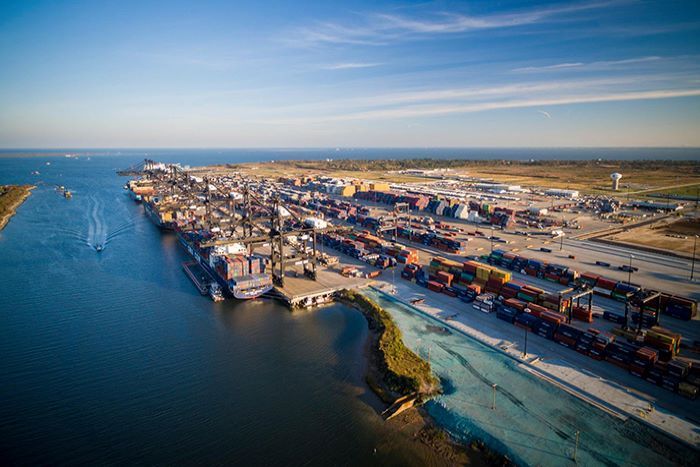 While Houston is the top gateway for the US energy sector, it also accounts for 70 percent of container volumes in the US Gulf. Photo credit: Port of Houston Authority.

A plan to expand the lower portion of the Houston Ship Channel received a major boost late Monday with Congressional passage of the Water Resources Development Act (WRDA) of 2020, which provides the federal share of funding for the $1 billion project.

“It’s especially significant this year because Congress agreed to allow spending down the approximately $9.3 billion balance in the HMTF, starting at $500 million in year one, to address the significant backlog in federal navigation maintenance work throughout the country,” Christopher Connor, president and CEO of the American Association of Port Authorities (AAPA), said in a statement.

AAPA noted the HMTF is financed through levies collected on the value of imports, certain domestic cargo, and on cruise passengers. Fund revenues were almost $1.8 billion in fiscal year 2019.

In Houston, passage of the WRDA provides the US Army Corps of Engineers with $625.2 million in funding to widen 11 miles of the key ship channel from 530 feet to 700 feet. The Port of Houston is responsible for funding the other 13 miles of the project, and is weighing options on how best to raise the money.

The widening project is designed to allow two-way traffic of larger container vessels and oil tankers. In 2019, the port authority limited vessels longer than 1,100 feet to transiting the channel once per week in only one direction due to safety concerns over wakes from two-way traffic.

The US Army Corps of Engineers is expected to begin work on the project next year, with completion scheduled for 2024.

While Houston is the top gateway for the US energy sector, it also accounts for 70 percent of container volumes in the US Gulf, according to PIERS, a sister product of JOC.com within IHS Markit. Through October, Houston’s total laden container volume slipped 1.6 percent to 2 million TEU compared with the same period last year, according to PIERS, with exports down 2.5 percent and imports down 0.6 percent.

The WRDA approval also allocates just over $406 million in federal funding for deepening and widening the Corpus Christi Ship Channel, and almost $20 million for anchorage work in the Port of New York and New Jersey.