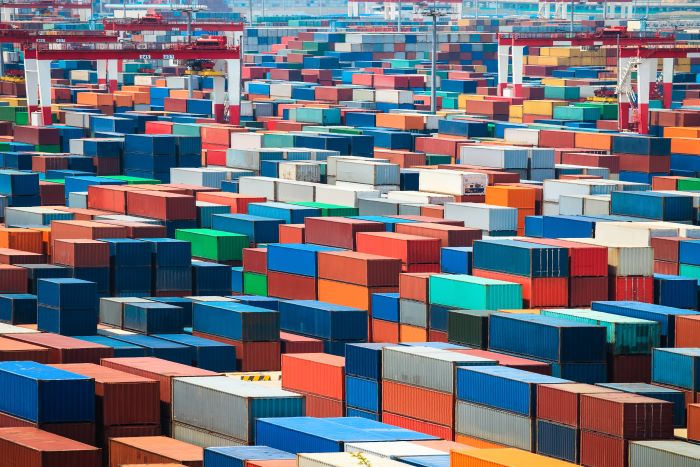 US consumer spending was weaker than expected in August, according to IHS Markit, and is happening in parallel with a slowdown in demand for imports that, if it continues into the fall, could eventually help ease congestion at major port gateways such as Los Angeles-Long Beach and Savannah that is significantly disrupting supply chains.

Year-over-year growth in US containerized imports from Asia has fallen steadily in recent months — albeit from stronger year-on-year comparisons in 2020 — from 44 percent growth in May to 23 percent in June, 11 percent in July, and less than 1 percent in August.

Economists at IHS Markit, parent company of JOC.com, said the slowdown in personal consumer expenditures was partly related to supply chain shortages, particularly in automotive, but most is linked to an easing of underlying demand, which makes the trend meaningful as a potential leading indicator of port congestion.

“What is going to have the most significant impact on fluidity is a reduction in consumer spending that has a pretty material effect on overall demand,” Flexi-Van Leasing CEO Ron Widdows told JOC.com in mid-September, noting he saw little in terms of demand easing due to factors such as economic stimulus driving up demand in the US and other markets.

“Real personal consumption expenditures increased 0.4 percent in August as spending recovered from a downwardly revised 0.5 percent decline in July,” IHS Markit wrote on Friday. “However, the increase was less than we had assumed, resulting in a downward revision to our forecast for third-quarter growth of real PCE, from 1.7 percent to 0.4 percent.” The firm also downgraded its third-quarter US GDP growth 0.7 percentage point to 2.9 percent.

Industry figures have observed in recent weeks that despite efforts by individual ports to address congestion issues, the biggest impact on fluidity of cargo movements will come from an easing of demand. The ports of Los Angeles and Long Beach on Sept. 17 announced plans to expand gate hours for truckers, while Long Beach announced plans to move to a 24-7 operation at the port.

The number of container ships at anchor or drifting off the ports awaiting a berth hit an all-time high of 73 on Sept. 19, but dropped to 62 on Thursday.

That level of congestion combined with containers taking longer to move off the pier and longer to be unloaded at distribution centers has removed significant capacity from the system and helped drive up spot freight rates to record levels.

However, given that ocean carriers have told JOC.com there is enough underlying vessel and container capacity to handle current volumes, even though they remain elevated versus pre–COVID-19, any easing of congestion will effectively inject new capacity into the market and likely drive rates lower. In the January-August period, total Asia containerized imports to the US versus the same period in 2019 were up 21 percent, according to IHS Markit data.

“What’s happening in the container shipping market is not entirely a demand-driven phenomenon anymore,” said IHS Markit vice president Rahul Kapoor. “Months of COVID-19–induced stress has led to the container supply chain being broken, [while] the distress continues to be accentuated by congestion, landside restrictions, [and] lack of equipment. Remove the congestion factor and rates would be 50 to 60 percent lower than current prices.”

How to Improve OTIF: 15 Tips for On Time and In Full Delivery
END_OF_DOCUMENT_TOKEN_TO_BE_REPLACED