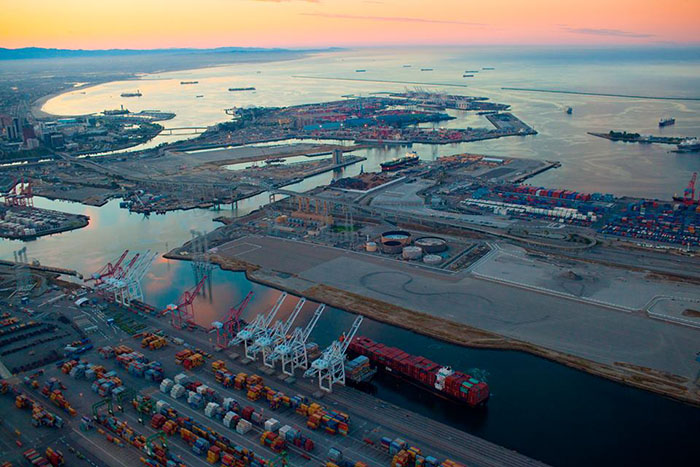 Container traffic at West Coast ports in the first quarter of 2016 increased 7.3 percent from the same period last year, owing to a 6.4 percent increase in imports and a somewhat surprising 9 percent increase in exports, according to statistics published on the website of the Pacific Maritime Association.

The PMA numbers for laden containers confirm that West Coast ports have recovered from the port congestion and labor problems of 2014 and 2015. They also indicate that containerized exports are picking up after two straight years of declines.

The first-quarter 2016 numbers should be the last comparison with the anomaly of the first quarter of 2015, when work slowdowns by the International Longshore and Warehouse Union and the retaliatory slashing of night and weekend work opportunities by PMA employers during the coastwide contract negotiations crippled the ports.

PMA numbers show that the 3,389,035 twenty-foot-equivalent units handled in the first quarter of 2015 was the lowest volume on the West Coast since the global recession of 2009. January and February 2015 were the weakest months of the past decade for West Coast ports. The ILWU and PMA reached a tentative contract agreement on Feb. 20, 2015. The dozens of vessels that had been stuck at anchor were then worked almost non-stop, and March turned out to be the busiest month of 2015.

The losses on the West Coast translated to gains for East and Gulf Coast ports, which recorded large increases in market share in early 2015. On an even more somber note, West Coast ports have been steadily losing market share since the contentious ILWU-PMA contract negotiations of 2002, so the trend appears to indicate continued market share growth for East Coast ports.

First-quarter 2016 export numbers were encouraging as exports have been higher each month so far this year than in the the same months last year. Over the past two years the strong dollar, which makes U.S. products more costly overseas, and weak economies in important markets such as Asia and Europe, have resulted in an overall drop in U.S. exports. Since trade numbers are a leading indicator, the increase in exports could foreshadow growth in overseas economies.

How to Improve OTIF: 15 Tips for On Time and In Full Delivery
END_OF_DOCUMENT_TOKEN_TO_BE_REPLACED