US resin export outlook improves for 2020 as Houston gains share

US resin export outlook improves for 2020 as Houston gains share 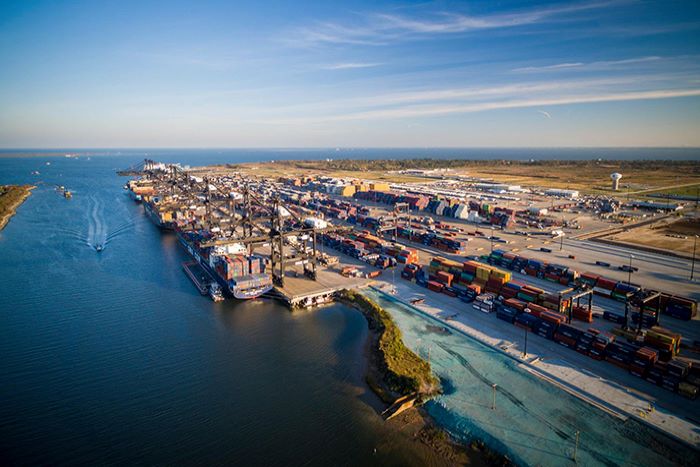 Port Houston’s proximity to the largest US resin makers means it will keep its place as the leading export gateway, even as other ports vie for those container volumes. Photo credit: POHA.

US resin exports are showing resilience at the start of 2020 as higher volumes in markets such as packaging and safety equipment offset steep drops in other areas such as auto parts and durable goods.

The outlook for 2021 is bleaker, however, as resin prices remain weak and chemical plants cut back capital spending plans.

Port Houston’s proximity to the largest US resin makers means it will keep its place as the leading export gateway, even as other ports vie for those container volumes. But to do so, Houston will have to offer shippers more flexibility and stay on course for other planned upgrades.

“Natural gas is still plentiful and cheap and there's been billions of dollars of investment in these facilities to produce plastic, so they are going to keep producing,” Roger Guenther, Port Houston executive director, told JOC.com.

Houston’s containerized resin exports were up 20 percent year on year in the first four months of 2020 to 161,744 TEU, according to PIERS, a sister company of JOC.com within IHS Markit. Houston accounted for nearly half of all US resin exports, which grew 3.9 percent overall in the same period.

Houston saw 52 percent growth in resin exports in 2019, which also saw a number of new resin plants open along the Gulf Coast. US export growth in 2019 was 29 percent, according to PIERS.

So far for 2020, “demand is holding up much better than expected given negative GDP growth,” Morales said during a Port Houston webinar Thursday. While customers such as auto parts makers slowed down, other businesses that grew during the COVID-19 outbreak stepped up their purchases.

Resin exports “could have been much worse, but for the demand for face masks and food packaging,” Morales said. “Straws are very in demand.”

Despite earlier concerns that 2020 exports would drop, “we are still seeing a growth year in 2020,” he added. Suppliers were also able to switch quickly to other geographic markets as COVID-19 forced China, the largest importer of resin last year, to shut down.

But shippers were able to quickly pivot to other markets. Alessandro Menezes, head of marine transportation at resin marketer Vinmar said first quarter exports to South America were 50 percent higher than a year earlier.

Those gains offset the first quarter drop from China, which accounted for nearly 80 percent of global growth in resins demand, according to PIERS. US exports to Asia fell 5 percent in the January-April period, while exports to South America rose 24 percent.

“Back in March and February, it helped that we moved more volume to Latin America, because China ports were still facing severe congestion,” Menezes said. The demand outlook for Lain American hinges on how COVID-19 lockdown impacts key regional markets such as Peru and Brazil, he said.

With only slight growth expected this year, and that growth coming from low-end markets, Morales said it will be a “challenging period of profitability for resin producers,” likely leading to cuts in capital spending and in volumes further out.

New resin plants in Texas, Louisiana, Canada, and West Virginia are facing delays due to the global recession and depressed resin prices, Morales said. That will impact volumes expected to come to market next year.

Referring to one of the most widely used resins, polyethylene, “we don’t see it growing more in 2021 due to production cutbacks across the world,” he said. “Next year is looking pretty flat.” Even so, Houston will retain the bulk of those exports, he added.

Port officials in Georgia and Charleston, however, are confident that resin exports will help the recovery efforts in fiscal year 2021, which begins July 1. Frontier Logistics is building a 550,000-square-foot sorting and packaging facility on a former Navy base in North Charleston, due to open this October. Braskem, a major chemical exporter, signed a five-year deal with Frontier to become its US export partner for polypropylene products.

In Pooler, Georgia, a 1-million-square-foot resin distribution center is being built, with an expected completion date next March. Plastic Express will occupy the building and has committed to 25,000 container exports in year one, and 50,000 containers in subsequent years.

Ocean carriers are also bringing back services to the Gulf Coast with only two blank sailings expected for July, compared with eight in June and 15 in May, according to one local logistics provider.

Menezes said the number of service cuts over the last several months were of a “magnitude never seen before.” Fewer sailings and lower imports could lead to imbalances in containers and chassis. But “most carriers were able to provide equipment with only a few exceptions,” he said. Menezes added that the expansion of the Houston Ship Channel is also a big priority for shippers.

Even with the advantage of being near the biggest resin makers and the eventual channel expansion, Port Houston should consider additional steps to keep transportation costs low, said Frank Vingerhoets, president of logistics provider Katoen Natie’s Gulf Coast unit.

Those steps could include longer gate hours and more free time for containers at the port. Vingerhoets said the storage and free time options at southeast US ports “gives them a big advantage.”

Exporters have been making up for blank sailings with heavier loads in containers. But local officials need to simplify obtaining an overweight permit for drayage carriers, who have also had to spend more to get the specialized chassis and trucks for hauling heavier containers.

“Once those are in place, [Houston] will get more competitive,” Vingerhoets said.