US ports’ battle for resins will intensify in 2017

US ports’ battle for resins will intensify in 2017 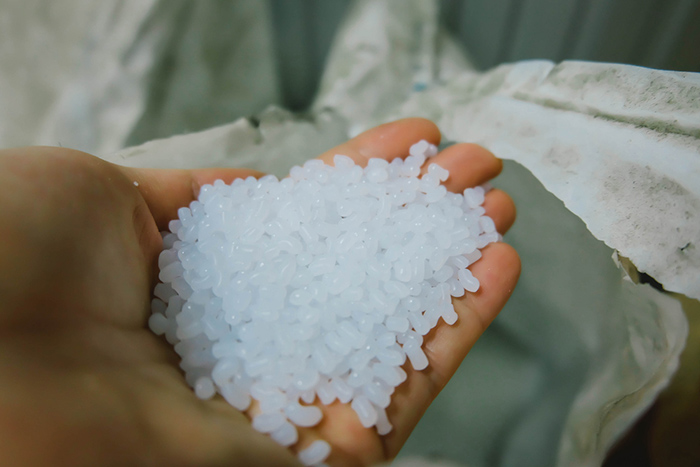 Ports around the US are competing to get their hands on a coming boom in exports of plastic resins, pictured.

Port Houston hopes to expand its dominant share of US exports of plastic resins, but several other ports also are competing to carry more of the growing volume.

New Orleans ranked second with 45,715 TEUs or 13.6 percent, slightly ahead of the combined total at Los Angeles and Long Beach. Rounding out the top 10 were New York-New Jersey, with 16,980 TEUs, or 5.9 percent, and Charleston; Freeport, Texas; Savannah; Virginia; and Mobile.

Shifts in those market shares are likely as producers seek the export routes that offer sufficient capacity and scheduling options at the lowest costs and with the fewest bottlenecks.

Attracted by cheap US natural gas feedstocks, petrochemical producers have invested in new capacity that by some estimates could generate 500,000 twenty-foot-equivalent units of annual US resin exports during the next few years.

The first wave of this increase is expected during 2017. Nearly 9.4 million metric tons a year of new polyethylene capacity in North America is targeted to begin production between 2016 and 2021, according to IHS Chemical, a sister product of JOC.com within IHS Markit.

Petrochemical producers are still working out details of their export supply chains, and are weighing variables that include vessel capacity, truck and intermodal rail service, packaging facilities, and availability of empty containers.

Companies including ChevronPhillips, Dow Chemical, ExxonMobil Chemical, and Nova Chemical expect to bring new polyethylene resin production on stream during 2017. Several other new or expanded plants are under construction.

Most of the expanded production is ticketed for Asian markets, which provides an advantage to Los Angeles and Long Beach.

The Southern California ports have multiple daily trans-Pacific vessel calls and efficient intermodal rail connections with Dallas-Fort Worth, where empty containers are abundant and resin packaging hubs are being built to handle transshipments from the Gulf Coast.

Ten years ago, Los Angeles and Long Beach had a slight edge over Houston in containerized resin exports. During the first 10 months of 2006, the Southern California ports’ resin exports totaled 79,748 TEUs, or 31 percent of the US total, compared to 72,400 TEUs or 28.1 percent for Houston.

Houston has invested in expansion of its Bayport and Barbours Cut container terminals, deepening its channel to 45 feet, and improving road and rail connections. The port has four weekly container services to Asia.

New Orleans’ resin exports during January-October 2016 rose more than 20-fold from the 1,982 TEUs during the first 10 months of 2006. The port is aggressively targeting resin shipments from plants along the Mississippi River and around Lake Charles, Louisiana.

South Atlantic ports are also competing for resin shipments moving via intermodal rail. During the first 10 months of 2016, resin exports totaled 13,822 TEUs at Charleston and 13,300 TEUs at Savannah. Resin volumes at both ports were down from a year earlier.

Canada Trade and Shipping Outlook
TPM22: What We Learned — Container Shipping in the Crosshairs
Managing E-Commerce From Order to Delivery and Beyond
END_OF_DOCUMENT_TOKEN_TO_BE_REPLACED