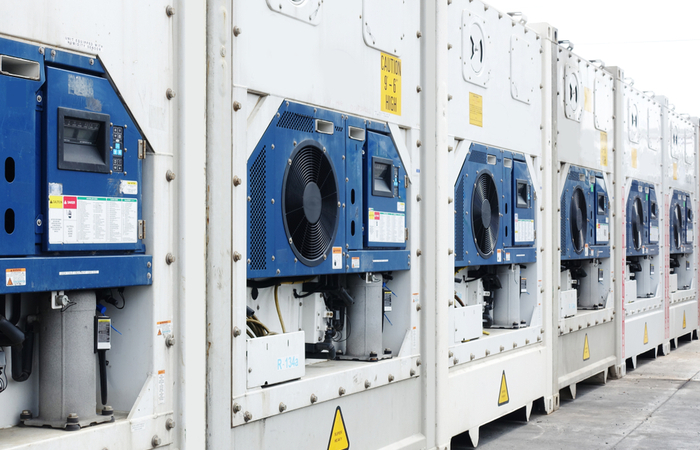 Exports of refrigerated cargo from the US jumped by 14 percent in 2020. Photo credit: Shutterstock.com.

The volume of containerized refrigerated cargo moving through the United States grew 5.8 percent in 2019, about half as much as the year before, as import volumes were diminished in part by the United States-China trade war.

Exports of containerized refrigerated cargo through US ports grew 14 percent last year to 1.16 million loaded TEU, driven by a large increase in shipments to the Far East, according to PIERS, a sister product of JOC.com within IHS Markit. Exports to China, South Korea, and Japan grew 54.8 percent, 19 percent, and 7.7 percent, respectively, according to PIERS.

Most notably, refrigerated cargo volumes sent to the US from China, which ranked fourth by import volumes, fell 16 percent to 179,907 loaded TEU, according to PIERS. Products that are moved in reefers, such as cabbage, kale, carrots, and fish, were all subject to US tariffs — initially at 10 percent, and later 25 percent — during the trade war, as were numerous chemicals, a category that has increasingly sent cargo by reefer as global temperatures have increased.US exports to China, which rose to 93,522 TEU, were boosted by an increase in exports of poultry, beef, and pork as the country suffered an outbreak of African swine fever, forcing authorities to kill a large portion of the nation’s pigs. Containerized shipments of pork from the US to China more than doubled in the first 11 months of 2019, jumping 118.7 percent year over year to 28,808 TEU, PIERS figures showed.Refrigerated containerized imports, meanwhile, grew just 1.3 percent to 1.89 million loaded TEU, the data showed.

The PIERS figures also showed the growing importance of Central America in the US import trade of refrigerated goods, with three of the top five largest importers into the US coming from the region — Guatemala, Costa Rica, and Honduras. Refrigerated imports from Guatemala grew 4.6 percent, and imports from Honduras were up 0.6 percent. Imports from Costa Rica fell 3.5 percent.

William C. Duggan, Jr., North American advisor to Eskesen Advisory, a refrigerated cargo consulting company, said the close proximity of Central America to the US and the available capacity in ocean carriers to meet demand means the region is a key sourcing area for the US. That’s especially true for bananas and pineapples, as well as frozen and fresh vegetables, he said.