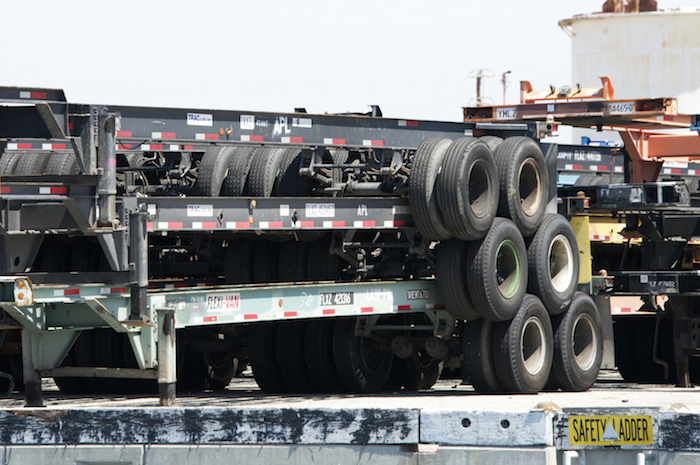 “By using one chassis provider for our customers, we can simplify and streamline the logistics involved with chassis utilization, ultimately enhancing customer service,” Sandlin said.

UASC chose TRAC because of “their robust EDI capabilities, which improves the accuracy of the billing process” and because of the equipment provider’s user-friendly online tools, Sandlin said.

As container lines have transferred most of their chassis to equipment providers during the last six years, equipment providers such as TRAC have sought to differentiate their services by investing in information technology for billing and forecasting, and by improving equipment and road service.

Keith Lovetro, TRAC’s president and CEO, said his company seeks “to increase supply chain efficiency at every opportunity, and working with a partner of UASC’s caliber and efficiency allows us to do this in terms of chassis processes in the U.S.”

Markets covered by the agreement include Los Angeles-Long Beach, where most chassis are in a portwide pool, and New York-New Jersey, where TRAC’s Metro Pool has nearly two-thirds of the market and officials have been trying to bring competing equipment providers together into a single pool.