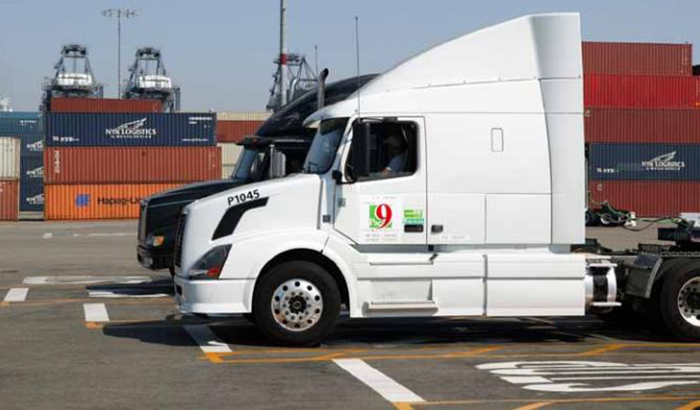 The collection of turn-time data at marine terminals facilitates more efficient drayage operations and gives terminals verifiable data they can use as a competitive advantage in attracting business, according to truckers at the two largest US port complexes.

Ports, inland hubs, and trucking organizations are responding to congestion problems by measuring truck turn times and using the information to uncover the bottlenecks in their operations. Los Angeles-Long Beach and New York-New Jersey have taken the lead in this area, but the Harbor Trucking Association (HTA) in Southern California has already implemented a data-collection program in Oakland and is working with transportation communities in Seattle-Tacoma, Houston, Chicago, and Memphis on similar efforts.

Drayage companies in Los Angeles-Long Beach have consistently experienced 85-90 minute visit times since the HTA began collecting data in 2013, according to HTA statistics. Truckers in New York-New Jersey are just beginning to realize the benefits of metrics gathered by the Association of Bi-State Motor Carriers.

When the HTA approached the 12 terminal operators in Los Angeles-Long Beach with the idea of collecting turn-time data and publishing them, truckers met it with resistance. “We all understand the importance of data and metrics, but no one wants to show their dirty laundry,” LaBar said. Turn-time data are collected from about one-third of the 13,000 trucks that call frequently at the ports. Terminal operators no longer resist the effort, but rather use the data in cooperation with truckers to improve terminal efficiency, he said.

The Bi-State truckers have been collecting data for about two years in a similar cooperative effort with the terminals, and both parties find the information to be helpful in pinpointing problem areas and what is causing delays, Bader said. Truckers, for example, will ask the terminals to extend free time when a weather event or other anomaly disrupts operations, and the terminal operators almost never turn them down, he said.

Gate metrics produce both real-time information that truckers use to avoid trouble spots when dispatching drivers and historical data that terminal operators use to zero in on where and when delays frequently occur so corrective action can be taken. HTA metrics show that after reaching a high of 110 minutes during the West Coast labor disruptions of 2014-2015, average truck visit times have consistently been in the range of 85-90 minutes.

The data also show a wide disparity in performance among terminals, with two averaging about 40 minutes or less, and one or two terminals with truck visit times in excess of 100 minutes, which truckers consider unacceptable. Of greater concern, the data show that 15-20 percent of the calls at most terminals are two hours or longer, which drags down the performance of the entire harbor.

The HTA uses a geofence product that monitors the entire marine terminal in real time, and also a “nesting” geofence application that carves the facility into smaller quadrants to pinpoint problems at the gates, the chassis roadability pit, trouble window, or out-gate. The geofence application can also be extended to cover roadways in the region between the ports and clusters of distribution warehouses.

Bader said the Bi-State truckers’ program is in an earlier stage of development than the HTA’s truck mobility project, and he looks to the Southern California model as a model. “I like better mousetraps,” he said. Bader said an improved system of collecting turn-time data would potentially be a tool that New York-New Jersey can use to attract discretionary cargo. “We want to take more freight from you,” he said to LaBar.

The HTA metrics show trends such as significant improvement in reducing truck lines at the in and out gates, with the largest percentage of the truck visit times taking place within the terminals. The data also show that terminal performance at night is not as good as during the day shift. This information provides a roadmap for improving operations. “Terminals that embrace our data perform the best,” LaBar said. Having verifiable data on each terminal has taken the trucking association out of the role of being the messenger. “The data says whether the terminals are getting better or worse. I don’t say anything,” he said.

Solving for Uncertainty: A Guide to Variable Transportation Budgets
END_OF_DOCUMENT_TOKEN_TO_BE_REPLACED