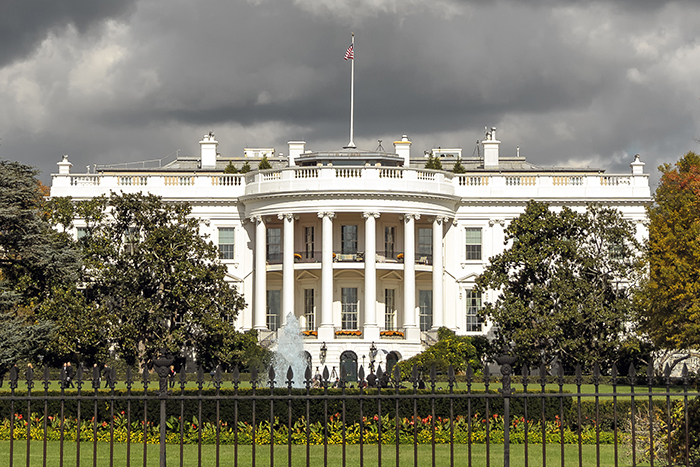 The largest US ports believe their stature will secure them infrastructure funding from the Trump White House.

WASHINGTON — Port directors at the largest US ports, unlike some of their smaller counterparts, are voicing confidence that the Trump administration will follow through on its murky plan to inject $1 trillion into the nation’s infrastructure.

Their confidence stands in contrast to the uncertainty at some of the nation’s mid-sized ports, which are working to finance roughly $3 billion in harbor-deepening projects that are either not needed or have already been completed at larger marine gateways. That confidence also comes after the ports of Long Beach and New York and New Jersey, two of the nation’s busiest harbors, were absent from a leaked list detailing the Trump administration’s top 50 infrastructure priorities.

Dredging projects are critical for those second-tier ports to accommodate the larger ships able to traverse the expanded Panama Canal and a lack or delay in federal funding could ultimately slow progress on projects aimed at allowing the ports to handle fully loaded ships with capacities of up to 14,000 twenty-foot-equivalent units.

While they can tap state funding to get work going, when and how much help they will get from the White House and congressional appropriators is far from certain.

The heads of the Port of Long Beach and the Port of New York and New Jersey, which have already completed those types of major deepening projects, say they are more focused now on other infrastructure projects, such as pier rail support facilities and wharf expansion and rehabilitation. Additionally, they are optimistic those projects will find a space on the president’s forthcoming budget requests.

“We are just as confident as we were before,” Samara Ashley, director of government relations at the Port of Long Beach, told JOC.com at a briefing on Thursday for the House Ports Opportunity, Renewal, Trade, and Security Caucus in Washington, DC. “Especially with this administration focusing a lot on infrastructure improvements and investments. I think we’ll be positioned well.”

“What we’re hearing is there is a big push from this administration to invest in infrastructure,” said Molly Campbell, director of the Port of New York and New Jersey. “I’m not on the other side, but I’m hopeful that’s the case.”

Very little is known about Trump’s $1 trillion infrastructure plan, where the money will come from — public-private partnerships have been discussed though not in detail — or what sort of projects will be prioritized.

Neither Long Beach nor New York and New Jersey were listed on a leaked list detailing the Trump administration’s top 50 infrastructure priorities obtained by the McClatchy news service. Ports that have already had major harbor-deepening projects authorized, such as Boston, Charleston, Port Everglades, Freeport, and Jacksonville, were not on the list, and Savannah was the only container port project listed.

That omission and the scant details on the White House’s infrastructure plan, on top of rising anti-trade rhetoric, has left many lawmakers in the president’s own party fearful there may be a smaller pot of federal funding for major port infrastructure projects.

“There are some scary winds blowing around Washington with regard to protectionism,” Rep. Mark Sanford, R-S.C., said during a Jan. 23 discussion on authorization and appropriation for the Port of Charleston’s harbor deepening project. “We all need to be vigilant on that front.”

The ports of Baltimore, Miami, and Virginia can already handle ships loaded up to 14,000 TEUs, since their harbor depths are already at least 50 feet. Charleston is one of seven ports that have had Congress authorize harbor-deepening projects to get to those depths. The South Carolina port is planning to deepen its existing entrance channel from 47 feet to 54 feet and deepen the inner harbor from 45 feet to 52 feet, making it the deepest harbor on the US East Coast. The port hopes to have a dredge in the water by December and is aiming to complete the project by 2020 or 2021. That timeline could be thrown off, however, if the South Carolina Ports Authority can’t secure roughly $200 million in federal funding.

South Carolina’s representatives in Washington are taking the threat of delay seriously.

“If the Port of Charleston doesn't get to 52 feet in the near future, in 2020-2021, the port is going to die,” said Republican Sen. Lindsey Graham of South Carolina, speaking at the Jan. 23 event.

That sort of anxiety was nowhere to be found among the port chiefs at the Port Caucus briefing Thursday.

Long Beach and New York-New Jersey take comfort in the fact that, as two of the busiest ports in the nation, they have been a top priority for years and will more than likely remain so regardless of any regime change in Washington.

Campbell put it plainly: “The Port of New York and New Jersey, being the port it is in the country and the kind of goods that come in, I think that’s where they’ll be investing.”

Campbell and her counterparts at the Port of Long Beach said they were optimistic there will be even more federal dollars in the pipeline for their ports’ priority projects in a future infrastructure bill, as well as the president’s forthcoming budget request and future federal grant rewards.

That money would be prioritized for wharf expansion and rehabilitation at the Port of New York and New Jersey, said Campbell. “We’re looking at the infrastructure needs on the waterside in particular and maintenance and improving our wharfs. Those are the ones that are really old and in need of federal funding.”

At Long Beach, the priority is rail support facilities. “Right now we are most in need of federal funding for our Pier B rail support facility, which is currently going through environmental permitting,” said Long Beach Port Director Duane L. Kenagy. Kenagy said the port authority doesn’t have a funding plan yet, but has applied for a FASTLANE grant toward the $1 billion project to reconfigure, expand, and enhance the port’s existing Pier B rail facility.

Kenagy said he could understand how the new administration has left some uncertain about the future of portside infrastructure. “It’s hard to decide what’s rhetoric and what’s real,” he said.

Ports large and small and their users will know soon enough. The Congressional Budget Act requires the president submit the fiscal 2018 budget request to Congress by Feb. 6, but that deadline has come and gone without a formal request. A delay in a president’s inaugural year is not uncommon, however, and a full, detailed budget from the White House is now expected by late April.