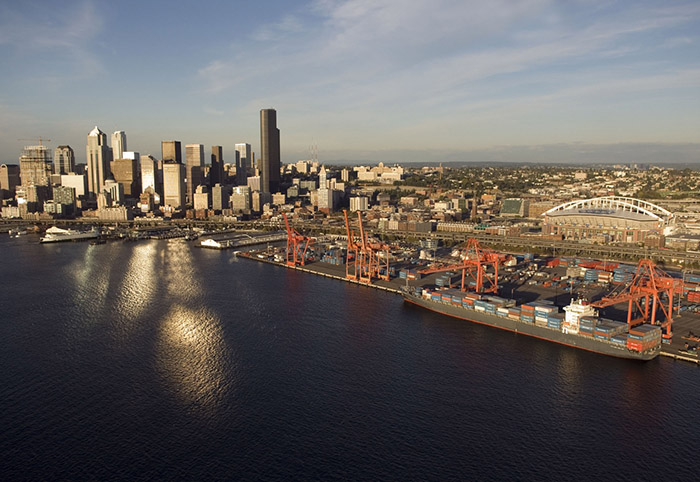 The Port of Seattle wants a financial guarantee for Terminal 46 lease payments.

The Northwest Seaport Alliance is attempting to block the sale of a terminal once owned by now-defunct Hanjin Shipping unless Mediterranean Shipping Co., the buyer, posts a security bond to protect the interests of the Port of Seattle.

The port authority filed an objection Friday with the US Bankruptcy Court in New Jersey to the sale of the former Hanjin Terminal 46 in Seattle unless a bond for $1.25 million was posted.

In this latest development since Hanjin Shipping on Aug. 31 filed for bankruptcy protection in South Korea, the Northwest Seaport Alliance of Seattle and Tacoma, acting as the agent for the Port of Seattle, said it is not attempting to derail the proposed sale of Terminal 46 to a subsidiary of MSC, but rather the port wants to protect its financial interests in the facility.

When Hanjin owned TTI, its lease included a financial guarantee to the Port of Seattle that it would be able to make good on its lease payments. Now that MSC intends to purchase TTI, the port wants MSC to post a security bond of $1.25 million due to the “obvious inadequacy of the Hanjin guarantee,” the port stated Friday in its objection filed with the Bankruptcy Court in New Jersey, which is handling the Hanjin proceedings in the US.

The Northwest Seaport Alliance, which was formed by the ports of Seattle and Tacoma in August 2015, filed its initial claim with the court on Dec. 7. On Dec. 21, a bankruptcy court in Seoul approved the sale of TTI to Mediterranean Shipping. In the US, the sale of the TTI terminals is awaiting approval of the New Jersey bankruptcy court.