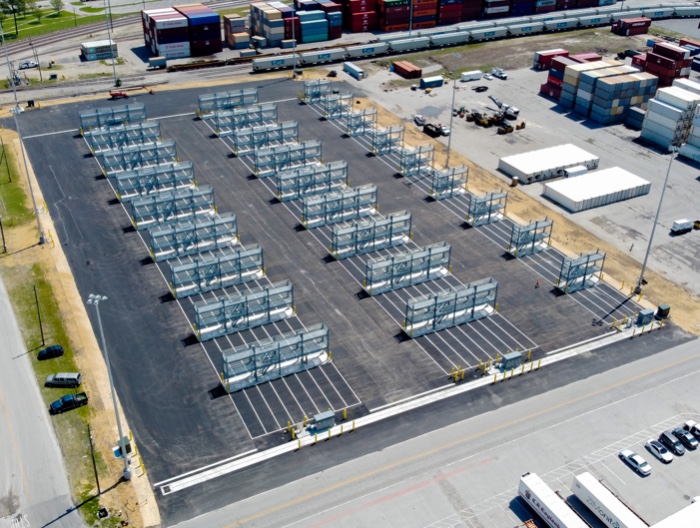 The Port of Wilmington, North Carolina, aims to capitalize on growing refrigerated volumes through the completion of a $14 million project that triples and consolidates its reefer container storage capacity.

Through the project, the port now has 775 reefer plugs that are positioned near its refrigerated warehouse facility, which has more than 3 million cubic square feet of storage. The port plans to eventually expand its total reefer yard capacity to be able to handle more than 1,000 containers.

The project is part of a broader effort among US Southeast and mid-Atlantic ports to increase their reefer volumes by adding storage capacity and handling fruit imports from South America via the US Department of Agriculture (USDA) cold-treatment pilot program. The program ensures that shipments of citrus, apple, grapes, blueberries, and other fruits from Argentina, Chile, Brazil, Peru, and Uruguay are kept at a temperature slightly above freezing during the two-week refrigeration process.

Reefer container volume through Wilmington has quadrupled in the last four fiscal years, with fiscal year 2019 ending June 30, according to the North Carolina Ports Authority. Reefer volumes are up 30 percent so far this fiscal year, although the port says it has plenty of capacity to handle the rising import and export traffic.

The reefer container yard is part of a more than $200 million initiative to modernize and expand port operations. Wilmington last month completed a project to widen its turning basin, allowing it to handle 14,000 TEU ships. Work will begin on upgrading the container gate complex and the deployment of a new terminal operating system, both of which are set to be completed by the end of the year. Ultimately, the investment will double the port’s annual capacity to 1.2 million TEU.