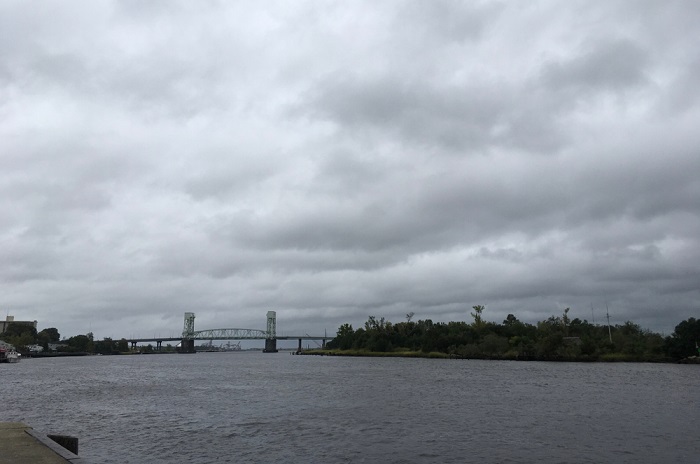 Truckload spot markets have risen 15 percent to 25 percent from the Northeast and Mid-Atlantic
to Richmond, Virginia, and the Carolinas, but so far there has not been any massive surges
in rates such as after Hurricane Harvey.
Photo credit: Shutterstock.com.

The Port of Wilmington, North Carolina, handled three ships Friday after reopening Thursday night for the first time since Hurricane Florence walloped the region, but the port won’t be fully operational until Monday, officials said.

Flooding continued to disrupt traffic through the region, with severe problems east of Route 95. The area west of Route 95, however, had returned to relative normality Friday.

The 8,500-TEU Yang Ming Uniformity, operating on the THE Alliance EC2 service linking China with Wilmington and three other East Coast ports through the Panama Canal, arrived at the port at around 7 p.m. Thursday, the port said. The port handled two container vessels and a tanker Friday, said spokesperson Bethany Welch.

The Port of Morehead City also reopened Thursday, and “both facilities will resume full commercial truck operations on Monday,” Welch said. “We will continue to receive vessels as the channel is open and vessel operations have resumed at our waterside terminals.”

All terminals at the Port of Charleston reopened Monday, and the Port of Virginia was open with intermodal service operating normally by Tuesday. The Port of Savannah never shut down. CSX Transportation and Norfolk Southern Railway terminals have been open since Tuesday.

Truckload spot markets have risen 15 percent to 25 percent in from the Northeast and Mid-Atlantic to Richmond, Virginia, and the Carolinas, but so far there has not been any massive surges in rates such as after Hurricane Harvey. When that hurricane damaged parts of Houston and southeastern Texas, some truckload prices grew as high as $6 per mile to $8 per mile, totaling more than $10,000 on some 1,200 mile-plus hauls.

DAT Solutions told JOC.com that some truckload rates have climbed to $4 per mile range but won’t go as high as $6 per mile.