Virginia port to idle terminal due to COVID-19 volume drop

Virginia port to idle terminal due to COVID-19 volume drop 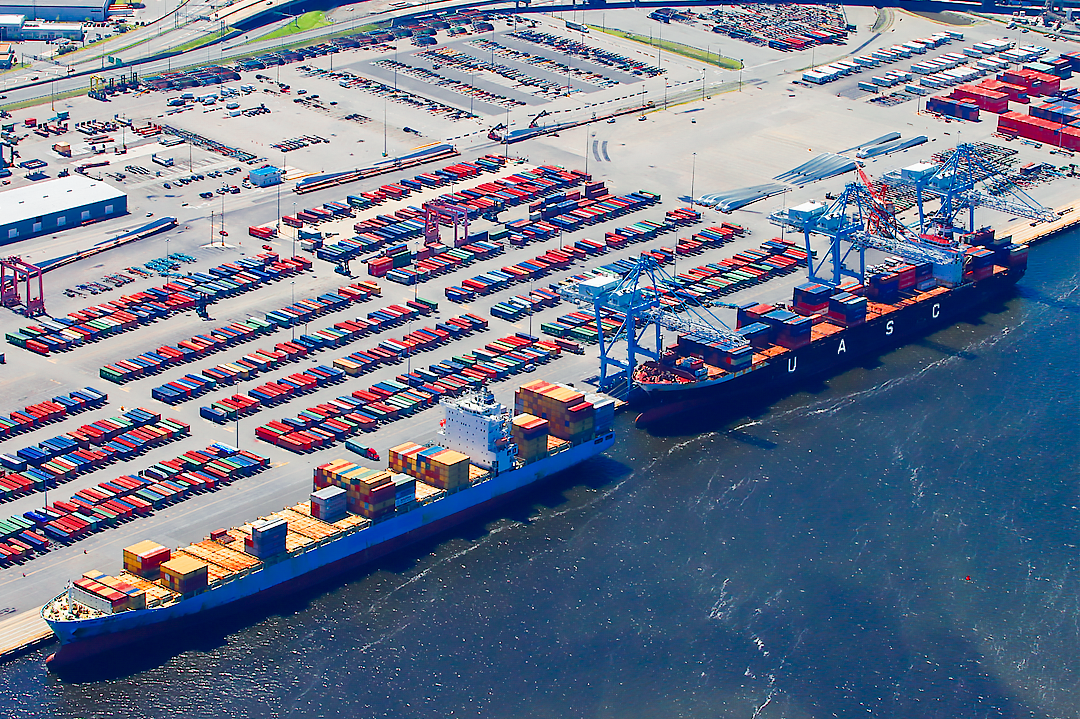 The Port of Virginia will idle all operations in the Portsmouth Marine Terminal due to a decline in volume. Only 11 percent of vessel calls in Virginia this year were sent to the Portsmouth terminal. Photo credit: Virginia Port Authority.

The Port of Virginia will temporarily suspend operations in the Portsmouth Marine Terminal (PMT) beginning May 4, citing the severe hit on container volumes from coronavirus disease 2019 (COVID-19).

The Virginia Port Authority (VPA) expects container volumes through the third-largest port on the US East Coast to fall more than 10 percent year over year in the next couple months, after recording an 8.6 percent drop in March.

Gate hours for truck drivers will also be shortened by one hour starting May 4 at the port’s two primary container terminals, Virginia International Gateway (VIG) and Norfolk International Terminals (NIT). The Portsmouth terminal, which sits along the Elizabeth River, is the smallest of the three terminals, with only three weekly services through the 2M Alliance. About one in five vessel calls in 2019 — and only one in 10 between January and March — went to PMT, according to the VPA.

“We've had to start strategizing about which levers we have that can reduce our costs to keep us liquid and responsive to the reduction in volume,” VPA CEO John Reinhart told JOC.com Friday. “We see blank sailings through the August time frame, so that is counter to a V-shaped recovery. It's more of a flattening and depressed volume outlook through to the middle of the summer. And so it's looking more like the fourth quarter might be when you get some level of resiliency if the pandemic subsides.”

Virginia is responding similarly to other port authorities in the United States, which anticipate or have already experienced cargo volumes plunge 10 to 20 percent year over year. Laden imports into Virginia were down 7.4 percent year over year in March to 99,129 TEU, and the results were dragged lower by a 37 percent drop in empty containers sent back to Asia, a byproduct of the dozens of blank sailings to the US East Coast.

US imports from Asia fell to the lowest level in seven years in March, according to PIERS, a sister product of JOC.com within IHS Markit, and total US imports in the first half of 2020 will fall 15.1 percent from the same period last year, according to Global Port Tracker, which is published monthly by the National Retail Federation (NRF) and Hackett Associates. Asian imports to Virginia were down 0.4 percent year over year in the first two months of 2020, according to PIERS, and port statistics for March suggest that number fell sharply last month.

Reinhart said key priorities for customers such as dredging to 55 feet, expanding NIT’s footprint, commissioning new ship-to-shore and gantry cranes, and improving the inland ports in Richmond and Front Royal will proceed as normal. The projects are important to cargo owners and won’t be impacted by cost cutting, he said.

PMT was a key terminal for Virginia between 1967 and 2010, before the port authority shuttered the facility in 2011 and transferred business to the newer, semi-automated VIG terminal. But PMT was reopened in September 2014 when a surge in container business required additional space. With VIG’s terminal expansion complete, and NIT’s project due to be complete later this year, the new volume has been absorbed into the two terminals.

“We both have to be fiscally responsible and still provide good service and good fluidity across our facility,” he said. “We were only budgeting 40,000 moves through that facility this year. So we'd already move some of the bigger services to the other facilities as they completed their construction.”

With PMT due to be idled, two 2M Alliance liner services will shift to NIT and the third will call VIG.

Reinhart has also eliminated VIG and NIT’s Saturday hours until further notice. Truck gates, which previously opened weekdays at 5 a.m., are now opening at 6 a.m., and will be pushed to 7 a.m. on May 4, further reducing costs because the demand for appointments has diminished.

“These are things the volume dictates,” he said. “If we get a peak coming back and we see the volume coming because you see it on the water 30 days out, then we can reopen and extend hours again; it's easy to do.”