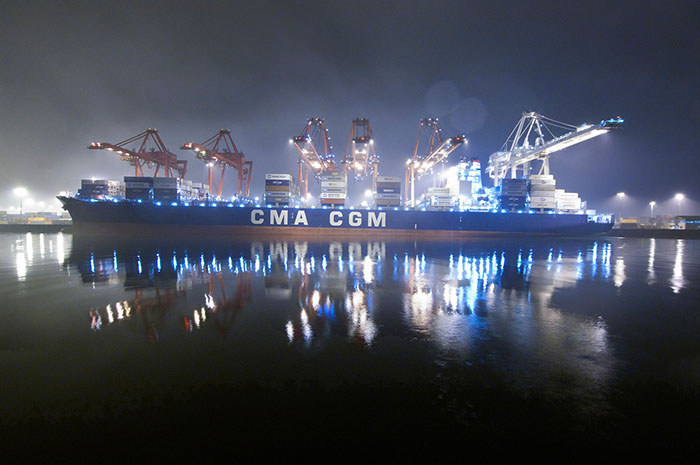 The night gate program at the Northwest Seaport Alliance is still in its pilot phase, but if the program becomes permanent the three largest gateways on the US West Coast would have some sort of extended gate program in place. Credit: Don Wilson

About 8 percent of the container traffic at the Northwest Seaport Alliance has shifted to off-peak hours since the ports of Seattle and Tacoma launched the night-gate pilot program in August, demonstrating that some truckers and beneficial cargo owners will adjust their supply chains if a schedule of regular night and weekend gates is offered.

The alliance launched the extended-gates program during the week of Aug. 22 in order to avoid the terminal and roadway congestion that often occurs when cargo volumes spike during the peak-shipping season. The alliance approved an appropriation of $2 million to reimburse terminal operators for the additional equipment and labor costs involved in running extended gates.

Alliance spokesperson Tara Mattina said the intention is for the pilot program to last at least 12 weeks. The port authority next month will assess demand to determine if there is a need to extend the program.

Each of the terminal operators offers extended gates based upon the requirements of its customers. The terminals offer some combination of early flex gates (7 a.m. to 8 a.m.), lunch gate hours, flexed evening gates after 5 p.m., and weekend gates. The port authority each Friday publishes the anticipated schedules for the coming week, with the caveat that customers should check the website of the individual terminals for the final word, Mattina said.

As cargo volumes increase, ports and terminal operators across the country are coming to the realization that the traditional 8 a.m. to 5 a.m., Monday-through-Friday schedule must be supplemented with off-peak gates, especially from August through October when most of the holiday-season merchandise is shipped. However, operating ports on the East Coast, as well as individual terminals at landlord ports on the West Coast and in New York-New Jersey, incur additional costs that must be offset with subsidies or fees.

Los Angeles-Long Beach, the largest U.S. port complex which handles more than 15 million 20-foot-equivalent units a year, launched its PierPass extended gates program 10 years ago. Terminal operators offer a regular schedule of night and weekend gates totaling 40 hours each week. BCOs that send their trucks to the harbor during the peak 8 a.m. to 5 p.m. hours on weekdays pay a traffic mitigation fee that is currently $138.34 per 40-foot container. The fee is not charged to BCOs that patronize the weeknight and weekend shifts. About 50 percent of the container traffic at the port complex is now handled in the off-peak hours.

Oakland International Container Terminal, the largest terminal operator at the Northern California port, earlier this year started a pilot program of extended gates that was subsidized temporarily by the port authority. OICT has since made the program permanent. The port held meetings with stakeholders to agree upon a fee structure. The consensus was for a fee of $30 per container on all containers, whether truckers haul them during the day shift or at nights and on weekends.

New York-New Jersey, the largest port on the East Coast, earlier this year met with port stakeholders to consider extended gates, and the terminal operators are now offering flex gates on an individual basis as needed.

Terminal operators in Seattle and Tacoma since Aug. 22 have added about 50 hours per week during the peak-shipping season, with the program now at its halfway point. Mattina said it is too early to determine if there is enough demand to make it permanent. In order to do so, enough importers, exporters and truckers must agree to work at nights and on weekends in order to make the program worthwhile.