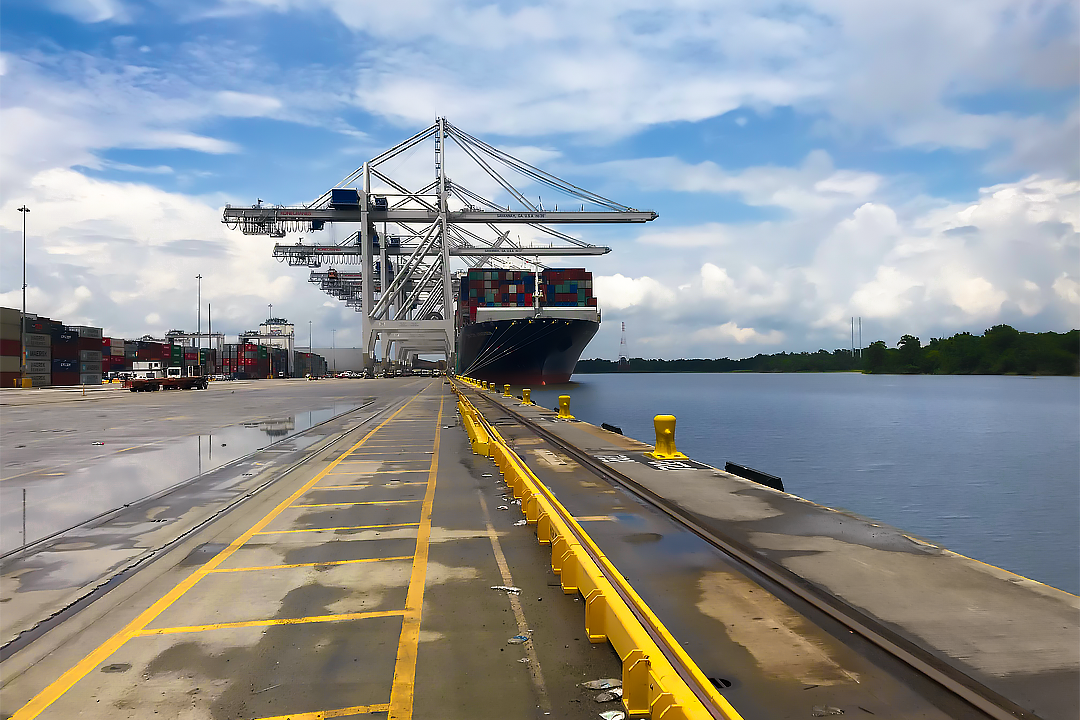 Although Savannah expects about a 20 percent decline in May and June, the results in April were not as bad as port officials had feared. Photo credit: Ari Ashe/JOC.com.

Container volumes in Savannah fell 6.7 percent in April — besting initial forecasts of a 15 percent decline — but port officials have a sour outlook for May and June, with more than 60 voided sailings over the next 60 days.

The data for last month provided a momentary sigh of relief before a sharp downturn in the next two months that could see total volumes plunge more than 20 percent at the US southeast’s largest port.

“I hate to say it, but it’s the first time I’ve ever been pleased when we’re down,” GPA executive director Griff Lynch said of April’s volume. “We would much rather see positive numbers, but we are pleased to see we weren’t down as much as we expected.”

Lynch believes the results were better than feared because there were import volumes from orders that could not be canceled when the coronavirus disease 2019 (COVID-19) pandemic shut down non-essential US retailers and their suppliers. He also said demand for staple exports such as logs, lumber, clay, poultry, and resins to China saw only a small decline in April.

“Exports were down [approximately 4 percent], but still better than we expected,” he said. “There was a lot of demand for forest products. The load counts were limited in some ways by the voided vessels. Clay was really strong. And refrigerated cargo had some of the best weeks we’ve ever had, exports such as poultry.” Lynch noted how a vessel of imports is necessary to move those export products back to Asia.

It’s a momentary reprieve in Savannah, though, from what will be a rough summer.

Grim outlook for May, June

Volumes in May and June could plunge more than 20 percent in Savannah, Lynch said, because of factory orders that were canceled in March and April when lockdowns to combat the pandemic in the US began to take hold.

Lynch anticipates 37 blank sailings in May, representing 22 percent of vessel calls, and at least 25 blankings in June, or 16 percent of expected calls.

“Are people going to feel comfortable to go out and shop at stores? I hope so, but I understand people are going to be cautious and progress might be made slowly, just like we will be bringing people back into the GPA offices slowly,” Lynch said. “So we know it’s going to be a tough summer.”

The port authority ceased Saturday hours in April in response to low demand, and although there has been no formal announcement, there is a chance those closures could extend through June.

Shippers using some storage, but not much

Despite concerns over finding available space to hold cargo that couldn’t be stopped, few beneficial cargo owners (BCOs) have asked to store containers in the Garden City Terminal. The GPA freed up 11,130 TEU of storage capacity after the Federal Maritime Commission called for solutions to avoid a supply chain meltdown due to closed distribution centers.

“We have seen some increase in storage, but nothing major yet,” Lynch said. “We expect a little more in May and June because we have some retailers who asked us to hold some boxes, and we said we would. But we have plenty of space to go around right now.”

One reason why a severe storage crunch has not come to fruition is the blank sailings; without a vessel coming to the US, there are no containers that need to be stored in a marine terminal. However, Lynch is focusing on how many BCOs need storage among those with containers on vessels arriving in May and June.

“If we drop 20 percent in volume, but our storage goes up 40 percent, you’ll still have a problem,” he said. “It’s an issue on our minds, but we are willing to take a calculated risk to help BCOs get through this.”

Savannah extends truck closures to all Saturdays in April