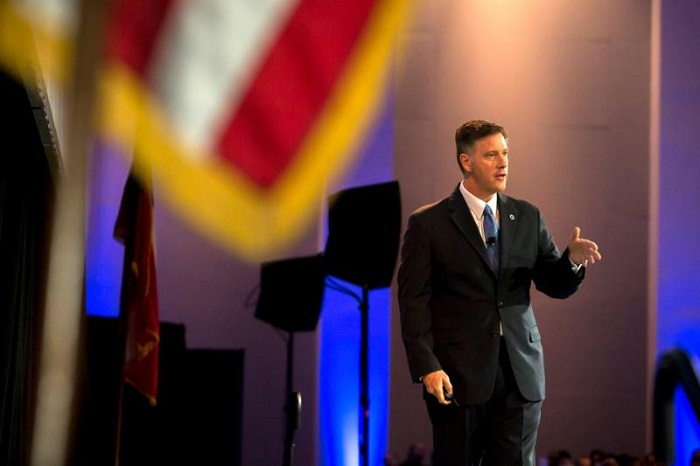 The Georgia Ports Authority (GPA) said the last 12 months have been strong for beneficial cargo owners (BCOs) moving containers through Savannah, and in addition to many accomplishments there are a number of projects in the pipeline to offer even better service.

The Port of Savannah had a strong performance in 2017 and first half of 2018, according to data from PIERS, a sister product of JOC.com.

By 2028, GPA believes it can continue to grow its share by plugging its shortcoming of a shallow harbor compared with its competitors, which has stifled export growth, and also capitalize on new opportunities on reefer containers and resin exports.

The mega rail project will add more than 9,000 miles of new tracks, convert two working tracks into nine, then add another nine staging tracks to build trains. The upgraded yard will be capable of building 10,000-foot trains on site, rather than assembled off site, slashing up to 24 hours off transit times, Lynch believes. It will also support simultaneous CSX and NS arrivals and departures, which is impossible currently.

Rail capacity will more than double to 1 million lifts per year compared with 435,000 this past year. Some of the construction should be done within one year, with a completion date in 2020.

Construction to deepen Savannah Harbor from 42 to 47 feet at mean low tide is halfway complete. The outer harbor was finished in March and work is ongoing on the inner harbor.

The federal government last week gave another signal it is fully on board to fund its portion of the $973 million project. The US House of Representatives passed an amendment to the appropriations bill governing water projects that authorizes the federal government to spend $732 million, which — in tandem with an already funded state share — should keep the project on track for completion in 2021. US Rep. Rob Woodall, R-Georgia, called it a “fantastic bill for Georgia.”

Earlier this year, the US Army Corps of Engineers allotted $84.8 million for construction, consisting of $34.7 million for the inner harbor, $22.6 million for McCoy’s Cut, and $21.5 million to continue entrance channel dredging.

“This is the first time ever we’ve been funded fully by the federal government. We’ve been told we’re in the number one position for years now, that this is the most important project, but [what] this signals is the money is matching the talk. We are over the hump and now on the downhill portion. It’ll now be a short three years until this is complete,” Lynch said.

“The forest products industry is very big in Georgia. What may happen is their cargo comes here and it rolls, and rolls, and waits, which is frustrating to shippers. You also have clay, which is heavy cargo. And other ag exporters that want to go through this port but cannot because of our restrictions,” Lynch said.

This would be less likely after reaching 47 feet, although its Charleston competitor is dredging to 52 feet, and Norfolk Harbor could go from 50 feet to 55 feet within a decade.

GPA opened its first inland port in August, which is served by CSX. Located in Murray County, Appalachian Regional Port (ARP) is expected to have overnight service up to three days per week. Although GPA acknowledges it won’t be as busy as Inland Port Greer in South Carolina, there is shipper demand in neighboring Dalton — known as the 'Carpet Capital of the World' — and Chattanooga, Tennessee. Shippers in Rome and Cartersville, Georgia, could consider ARP as a better option than congested Atlanta.

GPA will construct a second inland port near Interstate 85 in northeast Georgia. Shippers will benefit because it would mean draymen would no longer have to retrieve containers in Austell or Inman, both on the outskirts of Atlanta.

Although Lynch didn’t provide a location, Norcross, Suwanee, and Buford are possible destinations because each are near Norfolk Southern track, close enough to I-85, and home to Best Buy, Office Depot, Rooms to Go, and Home Depot distribution centers. More details are expected by the end of 2018.

“When you compare ARP to what we will do in northeast Georgia, it’s two totally different programs. ARP is a Tier 1 county facility as a job creator and economic development. It’s a GPA bet with [the] state of Georgia and a bet that will pay off,” Lynch said. “In northeast Georgia, the market is already there. The pay off will be strong. In northeast Georgia, we will start with double the capacity of ARP because of demand.”

Eventually Lynch said there could be a third inland port in West Point, Georgia, where Kia Motors owns a plant. No movement is expected this year but it may develop within the next 12 months.

Next steps: getting to 8 million TEU

Over the next decade, Lynch outlined a vision to double Savannah’s Garden City Terminal capacity to 8 million TEU per year. To accomplish this, new cranes will have to be acquired and buildings will have to be removed and re-appropriated to container storage.

GPA plans to have 36 post-Panamax cranes within a couple years, more than any other southeastern port, which would help unload large container ships faster than its competitors. To reach its long-term goal, the port needs six new cranes and to restore a dozen others to post-Panamax capability. This would bring the total to 42 ship-to-shore cranes within six years, Lynch predicted.

Making the terminal capable of handling 8 million TEU will require removing some buildings and moving some functions off site, but Lynch said the existing footprint is large enough to store all those boxes.

“There are some activities on the existing footprint that would have to be moved off-terminal, but we have a plan for that and this is why it’s a 10-year vision,” Lynch said.

While not a major focus of Lynch's speech, GPA and the South Carolina Ports Authority teamed up to form a Southern States Chassis Pool, and they plan to add 10,000 new chassis within 18 months to alleviate chronic shortages. With larger containerships unloading more than 5,000 containers in a single port, a chassis pool between 60,000 and 65,000 units is necessary to maintain truck fluidity.

Shippers also have a strong desire to find warehousing near Savannah to accommodate shorter drays. More than 16 million square feet of new distribution centers are under construction within a multicounty radius of Savannah, Lynch said, bringing the total footprint to nearly 66 million square feet by the end of next year. It includes 5 million square feet under development in International Trade Park, located 15 minutes from Garden City off Jimmy DeLoach Parkway.

Transloading is very popular in Savannah, particularly in the trade park, because of its close proximity to Interstate 95, a major highway connecting the East Coast.

The future looks bright in Savannah for its BCOs. Volume is increasing, market share is growing, and GPA officials have a strong vision to continue the upward momentum by expanding services and fixing its shortcomings to keep its place as the top port in the US Southeast.