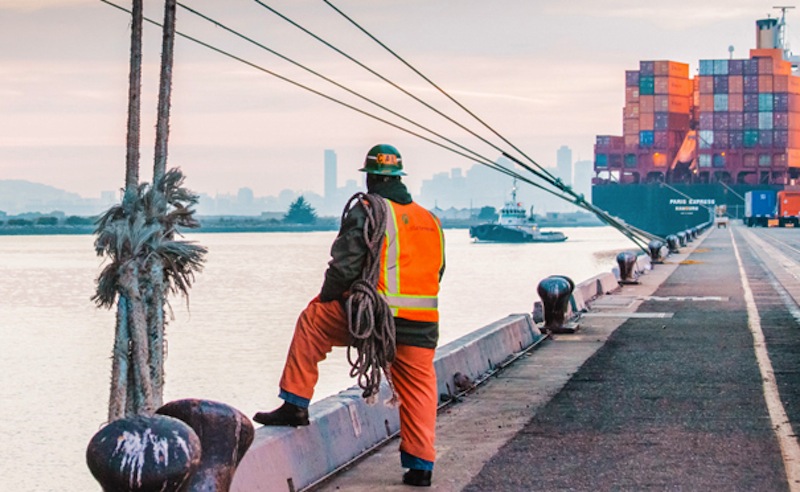 Protesting truckers briefly interfered with cargo-handling operations at the Port of Oakland on Wednesday, but longshoremen crossed the picket lines and truckers that wanted to work went into and out of Oakland International Container Terminal without incident.

“It was a non-event,” said Ed DeNike, chief operating officer of SSA Marine, which operates the OICT terminal.

Several hundred independent truck drivers in Northern California whose vehicles will be banned from port operations starting Jan. 1 under the California Air Resources Board’s drayage truck rules have been picketing on and off at the port since last spring. Those drivers called for another strike on Wednesday.

At times, members of International Longshore and Warehouse Union Local 10 have refused to cross the pickets, claiming health and safety concerns. That wasn’t the case on Wednesday, though, DeNike said. ILWU members who wanted to work freely entered the terminal, he said.

ILWU turnout was light, however. In past demonstrations, longshoremen waited two or three hours and then went home without getting paid. Rather than risking a similar event on this day before Thanksgiving, a number of longshoremen simply stayed home, he said.

As a result, SSA was working four vessels at berth Wednesday, although it was doing so without the normal number of gangs, DeNike said.

A statement from the Port of Oakland said the protests did not affect the Outer Harbor and Howard terminals.

The owner-operators don’t have the support of the approximately 85 percent of the truckers in the harbor that have invested in 2007-model or newer vehicles since CARB’s drayage truck rules were announced five years ago.

The independent truckers also want the port to levy a green fee on container moves, with the revenue to be used to help the drivers purchase new trucks.