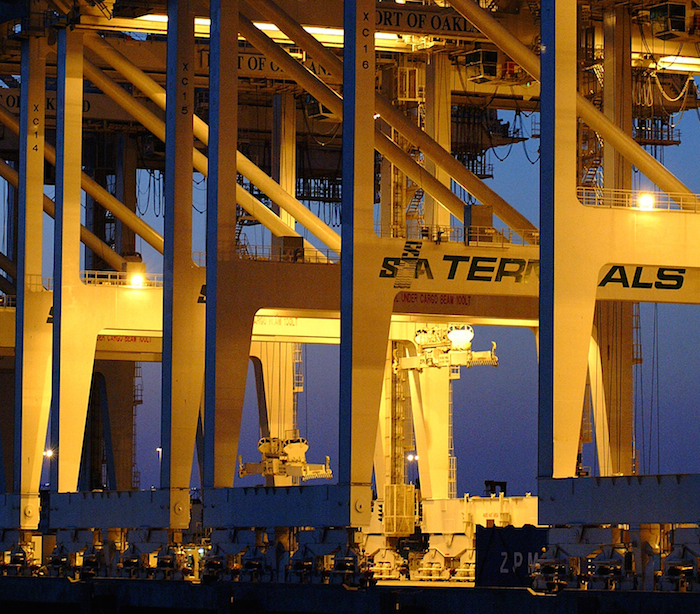 The largest container terminal at the Port of Oakland was shut down at noon Wednesday when, according to management, International Longshore and Warehouse Union Local 10 attempted to unilaterally impose manning requirements. Those requirements were raised in the recent coastwide negotiations but failed to make it into the tentative agreement between the union and waterfront employers that was reached on Feb. 20.

The manning dispute took place at Oakland International Container Terminal, which is operated by SSA Marine, and it demonstrates that ILWU locals may challenge even a coastwide agreement that is reached by the international union.

Wednesday’s incident also raises concern over the fate of the tentative agreement that was reached only after the involvement of a federal mediator and U.S. Secretary of Labor Tom Perez. The contract must still be considered by an ILWU caucus of 90 delegates that will take place in the week beginning March 30 in San Francisco. If the caucus votes to recommend that the contract be ratified by the rank and file, the membership will vote by secret ballot in April. However, if the leaders of ILWU locals in the various ports do not like certain provisions, they could recommend that their members vote down the contract.

The incident in Oakland on Wednesday involved a manning requirement that have been in place for about 30 years. The requirement for the manning of yard cranes known as transtainers calls for two drivers, one in the cab and one on the ground to direct the placement of a container on to a truck chassis. During the recent contract negotiations, Local 10 attempted to get a third longshoreman, known as a signalman, assigned to each transtainer. That provision was rejected during the negotiation process.

The job of a yard tractor driver involves locking and unlocking the devices that hold the container on the tractor’s chassis, another arrangement that had been in place for many years . ILWU Local 10 wanted another position created, with a worker assigned to perform the locking and unlocking work so the driver does not have to get out of the yard tractor. That demand was likewise rejected during the contract negotiations.

Local 10 accused SSA of “flagrantly violating contract Section 3.131 by refusing to order sufficient numbers of unskilled ‘pin men’ and improperly assigning this work to skilled longshore workers to do the unskilled tasks.” Local 10 stated, “When workers raised concerns about the improper staffing, they were fired by SSA management,” the local said.

PMA said that ever since the tentative coastwide agreement was reached on Feb. 20, “Local 10 has repeatedly engaged in illegal work stoppages at the Port of Oakland, bringing operations to a standstill at OICT, the largest terminal in the port.” The PMA said that ILWU work stoppages have become commonplace in Oakland over the years and they threaten “the reputation and future of the Port of Oakland.”

Permalink Submitted by mrgtf4811@minds... on Mar 12, 2015 1:51AM EDT
They just keep doing thinks to take more and more cargo away from the West Coast. Next negotiations they'll demand that all lost cargo to the USEC and Gulf be returned. Anyone look at the process in say Yantian or Jebel Ali? how many men for the same process?
Port News›US Ports›Port of Oakland
Port News›Longshoreman Labor›International Longshore and Warehouse Union
Port News›Terminal Operators›SSA Marine
North America›United States›California