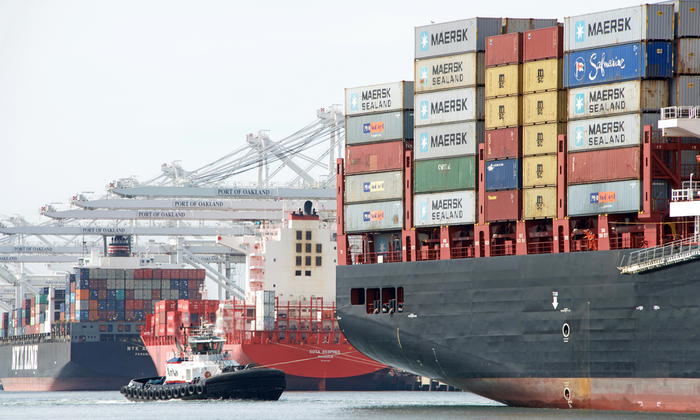 The Port of Oakland has hit record highs in container cargo volumes in each of the past two years. Photo credit: Shutterstock.com.

Chris Lytle is retiring as executive director of the Port of Oakland on July 19, ending a six-year tenure marked by record container volume in the last two years and the creation of a logistics park and refrigerated storage complex.

Lytle, who previously led the Port of Long Beach after working at various terminal operators and carriers, will serve as a consultant to Oakland, the 11th-largest North American port, according to JOC’s 2018 rankings. Laden container volume at the port is up 4.5 percent, at 709,417 TEU, in the first five months of the year, according to PIERS, a sister product of JOC.com within IHS Markit.

“Chris Lytle is one of the best-known and most respected executives in the industry and it has been our good fortune to have him as our leader,” Board of Port Commissioners President Ces Butner said in a statement. “Our priority now is finding an able successor.”

Lytle, 73, will assist the port authority in finding a new executive director and continue to work with port customers and meet with clients abroad. Danny Wan, the port’s attorney, will serve as acting executive director until Lytle’s successor is found.

The port lauded Lytle for several notable accomplishments since coming on board in July 2013, including the development of Cool Port Oakland, a 280,000-square-foot refrigerated cargo distribution center, and transformation of the former Oakland Army Base property into the Seaport Logistics Complex. Lytle also led the development of the port’s five-year strategic plan, which commits the authority to help businesses in neighboring communities. Under his leadership, the port adopted a plan seeking zero emissions from operations

“The person on top gets the notoriety, but credit for our achievements goes to our employees,” Lytle said in a statement. “They’re the best in the business and it has been my privilege to serve with them.”

Lytle, a 53-year veteran of the transportation industry who served as an executive at P&O Ports, APM Terminals, Sea-Land Service, and CMA CGM, will receive the Containerization & Intermodal Institute’s lifetime achievement award this autumn.