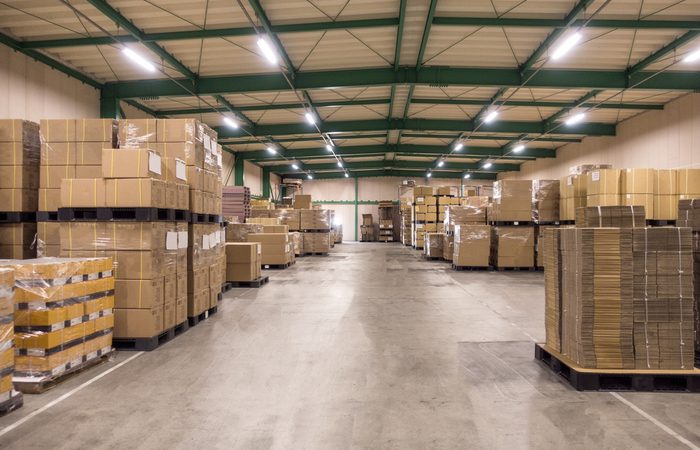 Officials at the Port of New York and New Jersey are studying the ability of small and medium-sized warehouses in the area to handle extended marine terminal gate hours. Photo credit: Shutterstock.com.

As cargo volumes increase through the Port of New York and New Jersey, a new survey suggests that many warehouses would need to rethink their hours of operation if the port concludes the best way to maintain flow is by extending marine terminal gate hours.

The port reached out to 150 small and medium-sized warehouses and received responses from 43, 37 of which were importers. Of those 37, about two-thirds said they’re open between 7 a.m. and 5 p.m. and don’t operate a yard that would allow truckers to drop off containers after normal business hours.

Results of the survey were included in the minutes of a meeting of the Port Performance Council, a group of stakeholders that works to improve efficiency in the port.

The Port Authority of New York and New Jersey commissioned the survey as part of the council’s ongoing discussions about how to best ensure cargo flow as vessels calling the port — and discharge volumes — get larger. The port’s cargo volume rose 4.2 percent in the first 10 months of 2019, to 4.38 million loaded TEU, compared with the same period in 2018, according to PIERS, a sister company of JOC.com within IHS Markit.

Port officials say that while there is no urgent necessity to extend terminal gate hours, that step is inevitable in the future. Yet some stakeholders question the usefulness of extending marine terminal hours if area warehouses don’t follow suit.

The port’s four main terminals, which open at 6 a.m., all close between 4 p.m. and 7 p.m. The terminals occasionally stay open later during the week or on weekends to deal with heavy cargo arrivals.

Beth Rooney, the authority’s deputy port director, said the survey sample is too small to provide a definitive picture of the warehouse sector. But it will help shape how the authority studies the issue further, she said. An earlier study by the authority yielded too few responses to draw any conclusions.

Still, Rooney says extended terminal gate hours rarely attract the volume of truckers needed to make the move financially viable, either for the terminals or supporting sectors, such as chassis providers. But they do help the port control cargo volumes and congestion at the terminal, she acknowledged.

“They don’t break even. They are doing it at great expense,” she said of the terminals. “It’s part of their customer service package.”

The number of users who take advantage of extended gate hours is just one factor that goes into a decision to make such a move, said Amanda Valdez, manager of port efficiency for the port authority. She noted, for example, the terminals’ current operating hours require truckers to move cargo during peak congestion time on area roads, while off-peak hours would allow them transit during periods with less traffic.

The authority focused on small to medium-sized warehouses in its survey because that sector is used by a large portion of the port’s customer base, Rooney said. Ninety-nine percent of the 160,000 importers that use the port handled less than 500 TEU a year, she said, adding the port has only 25 accounts that handle more than 5,000 TEU.

Growing use of extended gates

Major ports in North America have turned to longer marine gate hours in response to growing cargo volumes. In 2005, Los Angeles-Long Beach became the first port in North America to implement a formal program of extended gates, and ports in Oakland, Montreal, and Vancouver have all extended their gates. But the Port of Houston in November 2018 ended a program to extend the gate closing time from 7 p.m. to 11 p.m. after the year-long experiment  failed to attract shipper support.

Several New York-New Jersey terminals extended gate hours at the start of 2019 to handle a surge in cargo that arrived as shippers sought to import Chinese goods before tariffs kicked in. Both APM Terminals and Port Newark Container Terminals extended their gate hours during the week, and the two terminals and Maher Terminals opened on some Saturdays. APM occasionally opens on Saturdays, including last week.