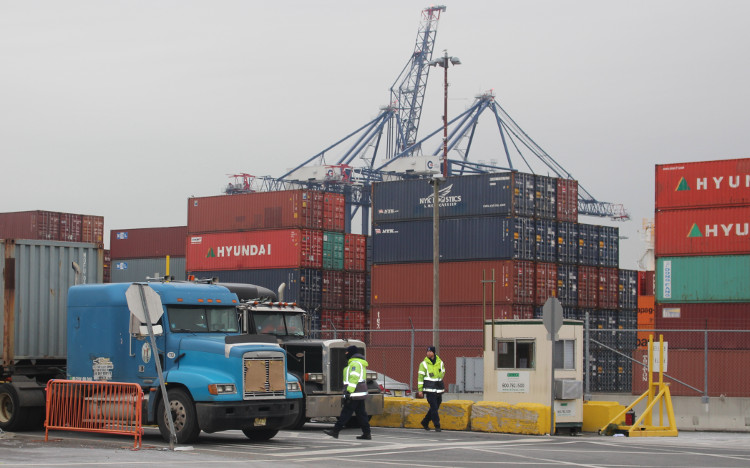 Two terminals at the Port of New York and New Jersey are close to following GCT Bayonne in implementing truck appointments system, as the latter celebrates the first anniversary of operations changes that have slashed average truck turn times by nearly a half.

As the Bayonne system passes its first anniversary, Port Newark Container Terminal (PNCT) is mulling when to introduce an appointment system into its Newark, New Jersey-based facility once a new gate has been opened around mid-year. In addition, APM Terminals said an appointment system will be part of its own gate development project, which is expected to be finished at the end of 2018.

GCT officials say the average turn time during the appointment window is now 45 percent lower than during the period after, when no appointments are needed. As the system proved itself, the terminal has steadily increased the initial two-hour window during which the terminal required trucks making a pickup or delivery to have an appointment. After a series of increases, the window now lasts six hours, from 6 a.m. to noon, or about 60 percent of the terminal’s opening hours.

The terminal improved the effectiveness of the system from the development stage through a series of consultations with shippers and truckers, who assessed its effectiveness and suggested improvements.

Although the GCT appointment system grew out of plans developed by a consortium of all of the terminals with the intent of implementing it port-wide, the set up at the next two terminals could be somewhat different. That is because the demands of an appointment system created to work with GCT’s semi-automated terminal are different to those at manual terminals, such as PNCT and APM Terminals, which derive their efficiencies from handling a different set of factors, said Allen Thomas, chief strategy officer for Advent Intermodal Solutions Inc., which helped create New York-New Jersey’s system and is working on the expansion to other terminals.

The expansion also will mean the designers will have to create strong communication links between appointment systems at different terminals to ensure as much as is possible that a truck delayed at one terminal does not translate into problems at a terminal where the truck has its next appointment, he said.

The GCT Bayonne system, which was tested in December 2016 and was soon after enacted as a permanent program, has grown steadily in importance at the port, where stakeholders see it as one of the most effective ways to curb the congestion problems that have sporadically plagued the port for years. In doing so, the system slowly overcame the skepticism of key elements in the trucking community.

Before the terminal enacted the system, some trucking groups expressed concern that it would be too inflexible and disruptive for drayage drivers who would find themselves missing appointments due to congestion and other delays beyond their control. But terminal officials slowly won over the trucking community with the reduced turn times and a series of meetings seeking trucker input in improving the system and assessing how it was working. The terminal does not release its turn times.

“We did not expect the draymans'” receptiveness, John Atkins, president of Global Container Terminals USA, owner of the Bayonne terminal, told JOC's Port Performance conference Dec. 12 in Newark. “They were all naysayers.”

The terminal also increased the system’s efficiency with a decision not to punish truckers for missing appointments with a financial penalty but instead provide an incentive to work with the terminal, Atkins said. Truckers that missed a certain percentage of appointments would find they could still use the system, but were blocked from the early hours — from 6 a.m. to 9 a.m. — that were considered “prime hours,” Atkins said.

“That got their attention, and they said 'Ok,'” Atkins said. The terminal also worked vigorously to encourage truckers to report when they would miss a reservation time, so that another trucker could use the time slot. Together, those efforts cut the rate of missed appointments from about 15 percent of the appointments, to 5 percent, Atkins said.

To make an appointment at GCT Bayonne, a trucking company must register its drivers with a website run by Sustainable Terminal Services, a consortium of terminal operators, along with a radio-frequency identification tag assigned to the driver and their truck license plate. Truckers making a reservation through the online portal book a one-hour time slot, with a 30-minute lead-time at the start and finish of the slot, effectively giving them two hours to fulfill the reservation.

“The ultimate goal, just like with Global, is increasing the velocity of the gates and reducing turn times,” he said. “If the terminal operators know when folks are coming they can far better schedule equipment and labor to accommodate, and they can spread the distribution over a larger period of time."

With a semi-automated terminal, such as the one GCT has, in which containers are stacked overnight in preparation for the next day, the system is improved if truckers specify in advance at what time they will arrive to pick up a container, Thomas said. That way the boxes can be stacked most efficiently, with those to be picked up early at the top of the pile.

Manual terminals are subject to more variables, and specific time slots can be less important than a trucker providing information in advance that a container will be picked up in a particular shift, or day, or even two-day period, Thomas said. That enables a terminal to schedule the amount of labor needed and ensure enough equipment is on hand, he said.

“There are more dynamics involved, more complexity in that because there are so many moving parts that still involve humans to execute,” Thomas said. “But in a way you are collecting the same information. Who is my trucking company? What am I coming to do? What is the container number that I am coming to pick up or deliver?”

Thomas cited the example of a reduction in turn times at SSA terminals in Oakland and Long Beach where appointments are not needed for export container drop-offs, but the terminal requires ‘pre-arrival notifications’ of container and trucker information along with a notification that the box will be delivered within the next three days.

He gave the example of a trucker who is held up at one terminal by delays or congestion, and “it’s going to force [him] to miss a subsequent appointment at a different terminal.”

“There needs to be communications from system to system to at least provide visibility as to an ETA [estimated time of arrival], so that you can adjust schedules more synchronously,” Thomas said.

there is not enough positive

Permalink Submitted by tim@lancasales.com on Jan 8, 2018 10:33AM EST
there is not enough positive things to say about the GCT appointment system. these folks put so much thought into the entire process. program is a huge success for all
Port News›US Ports›Port of New York and New Jersey
Port News›Port Productivity
North America›United States