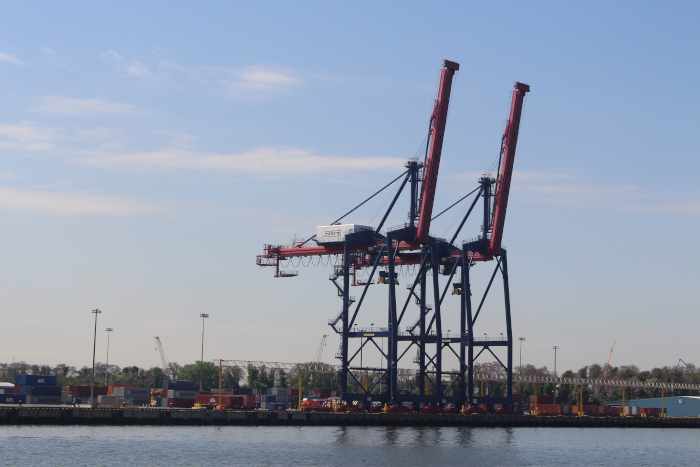 Three chassis providers will serve shippers and truckers that use the GCT New York terminal in the Port of New York and New Jersey, after the addition of Milestone Equipment Holdings. Photo credit: Hugh R. Morley.

Clarification: The headline has been adjusted and wording changed in the first three paragraphs to better reflect that Milestone Equipment Holdings will open its own operation at GCT New York, rather than integrating into an existing operation.

Milestone Equipment Holdings is supplying chassis at GCT New York terminal in the Port of New York and New Jersey, offering shippers and truckers a third intermodal equipment provider (IEP) at the terminal and adding 150 chassis to the pool.

Milestone began offering chassis at the Staten Island terminal, the company’s second operation in New York-New Jersey, on Nov. 1, adding a new chassis supply source at the terminal to go alongside one run by Direct ChassisLink, Inc. (DCLI) and another run by TRAC Intermodal.

The operation will be the first at which Milestone, with chassis at 37 locations, puts chassis into its own terminal operation, rather than a depot operated by a third-party manager, according to Doug Hoehn, the company’s executive vice president of chassis and containers. All of the chassis are less than three years old, and some are fitted with global positioning systems to enable customers or the chassis provider to track their location, Hoehn said.

The terminal, similar to much of the port, suffered a chassis shortage late in 2018 and early this year, as imports through the port surged due to shippers seeking to import Chinese goods before tariff deadlines, Hoehn said. That showed there was a need for more chassis at GCT New York, and Milestone expects demand to continue to grow at the terminal, which says it has increased cargo volume by 50 percent in the last three years.

With 70 percent of Milestone’s business involved in long-term chassis leasing, “we want to grow what we refer to as daily rental business,” Hoehn said. The Staten Island operation will be self-contained, meaning that chassis picked up at the terminal must be returned there.

The chassis operation at GCT New York is located inside the marine terminal, a contrast with the port’s four main terminals, which have moved chassis operations off terminal in recent years to create space for container storage. The shift to move chassis off the terminals has upset some truckers, who say it adds a trip — for the pick up or drop off of the chassis — to their workload transporting a container.

John Atkins, president of Global Container Terminals USA, GCT New York’s parent company, said the terminal has plenty of space — and even more to expand into in the future — so it has no need to move the chassis off the terminals.