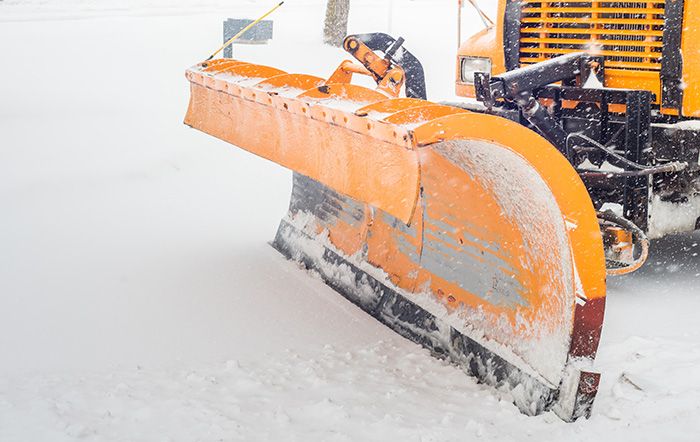 Snow plows will be a common sight throughout the US Northeast Thursday.

The Port of New York and New Jersey will close Thursday and other ports across the US Northeast say they will closely watch the progression of a fierce winter storm expected to dump six inches of snow in the region.

“As of now we are expecting the Port of Baltimore to operate business as usual,” said Baltimore spokesperson Richard Scher. “It usually takes a much more significant weather event to impact our operating hours.”

Baltimore is on the edge of what forecasters say will be the area affected by the storm, which stretches north up the East Coast to Bar Harbor, Maine. Baltimore is expected to get one to three inches of snow, and New York and Philadelphia could see five inches to eight inches, according to Weather.com. Boston may get eight inches to 12 inches, the weather news website said.

In Philadelphia, the Packer Avenue Marine Terminal does not plan to slow down as a result of the weather.

A spokesman for the port of Portland, Maine, said it is anticipating anywhere from six inches to 18 inches, which is fairly “common” there, and there are no plans to close the port.

“We work through storms so long as we can mitigate to provide safe working conditions,” said Patrick R. Arnold, spokesperson. “Usually the only major concern is wind and that really only impacts the crane.”

Officials at the Port of Boston were not available for comment.

In New York, the Port Authority of New York and New Jersey said the city could see six inches to 12 inches of snow. To cope with the loss of terminal operating time Thursday, Maher Terminals said it would remain open until 9 p.m. Wednesday, and Port Newark Container Terminal and Global Container Terminal said they would be open until 7 p.m.

Although Monday is a holiday, celebrating former US president Abraham Lincoln’s birthday, for the International Longshoremen’s Association, Port Newark Container Terminal said that as a result of the storm's effects, it would be open Monday. Free time will be extended for containers not already in demurrage, the port authority said.

Brian E. Clark, managing director at APM Terminals in New York-New Jersey, said the terminal has not yet decided how to make up the time that will be lost by closing Thursday.

“We will evaluate conditions tomorrow and determine our plans for Friday,” he said. “At this time, we do not anticipate opening the terminal over the weekend.”

The storm did not appear likely to make much of an impact in Virginia.

"They say we’re going to get wind and rain temps in the high 30s and low 40s,” said Virginia Port Authority spokesperson Joe Harris. “If we have to pivot to a weather plan we can with relative ease."