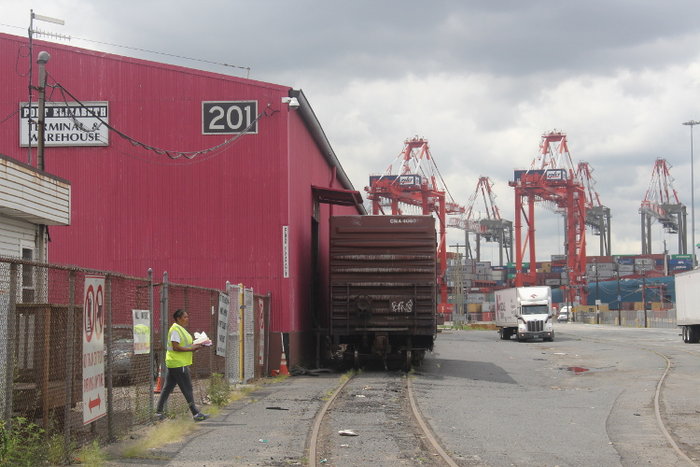 It will be some time before regulators issue their decision on the complaint.

WASHINGTON — Port Elizabeth Terminal & Warehouse Corp. has filed a complaint with the US federal maritime regulators alleging the Port Authority of New York and New Jersey gave preferential treatment to another tenant, which forced it vacate space.

In a July 21 filing, the New Jersey-based company told the US Federal Maritime Commission that the port authority has asked it to vacate hundreds of thousands of square feet of warehousing space in order to help a competitor expand, not only at an expense to business but to it shipper customers. The port authority declined to comment.

“Port Elizabeth Terminal & Warehouse Corp. provides a key component of the supply chain for ocean-borne cargo by handling containers loaded to the rated capacity of the containers, typically 58,000 pounds or roughly 26.3 metric tons, by shippers in order to maximize ocean freight savings,” the company said in the filing. “These 58,000-pound containers cannot be legally shipped on the United States highway system so the cargo must be transloaded from the containers to legal highway weights.”

Port Elizabeth Terminal & Warehouse Corp. has leased space from the port authority for 42 years. According to the company, between 2010 and 2015, it handled roughly 300,000 TEU of heavyload import and export containers. Those transloading services played and continue to play a critical role in keeping the port’s cargo moving efficiently from sea to land, but over the past three years, the port authority has required the company to vacate space on multiple occasions, putting that role at risk, the company said.

All told, the company said it has been required to vacate roughly 550,000 square feet of warehouse space and incurred millions of dollars worth of relocation expenses over the past three years. The company said it was given a variety of reasons for each move including sprinkler repair, the expansion of the port’s vessel receiving facilities, as well as the expansion of the Port Newark Container Terminal (PNCT), one of Port Elizabeth Terminal & Warehouse Corp.’s competitors.

PNCT is undergoing a $500 million expansion and renovation that includes land acquisition, a new gate, a dredging project, new cranes, an additional berth, as well as the installation of a new computer “brain” that coordinates the operation of the entire terminal. The upgrade will eventually increase the terminal’s capacity from about 1 million containers a year to 2.4 million containers per year by 2020. The development is the most vigorous at any of the six terminals at the East Coast’s largest port, where the raising of Bayonne Bridge’s vertical clearance from 151 feet to 215 feet has allowed big ships to dock there for the first time ever.

According to Port Elizabeth Terminal & Warehouse Corp., while the other instances were costly, the last instance involving PNCT was a direct violation of the Shipping Act.

The Shipping Act also requires terminal operators to “establish, observe, and enforce just and reasonable regulations and practices relating to or connected with receiving, handling, storing, or delivering property.”

“There is no valid transportation purpose for the foregoing undue or unreasonable prejudices against Port Elizabeth Terminal & Warehouse Corp. and undue or unreasonable preferences advantaging PNCT or the [port authority] refusal to deal with Port Elizabeth Terminal & Warehouse Corp. If there is a valid transportation purpose, the discriminatory actions of [the port authority] exceed what is necessary to achieve the purpose,” the company said in its filing.

Port Elizabeth Terminal & Warehouse Corp. has requested that maritime regulators on the FMC order the port authority “to cease and desist from the aforementioned violations of the Shipping Act,’’ as well as pay reparations and other relief “including the amount of the actual injury, plus interest, costs and attorneys' fees, and any other damages to be determined.”

The FMC has assigned the proceeding to the Office of Administrative Law Judges and the presiding officer’s expected to hand down an initial decision some time before July 26, 2018. A final FMC decision should not be expected until Feb. 11, 2019.