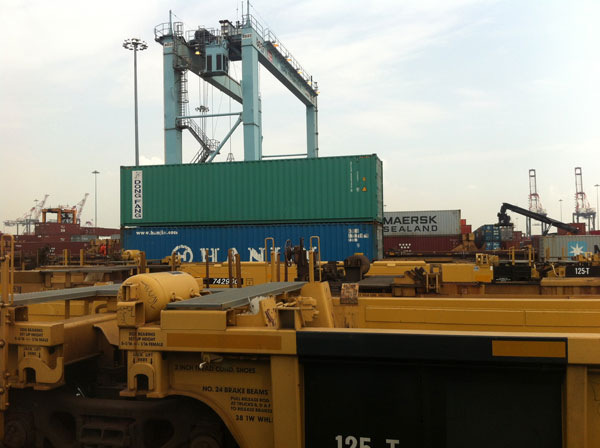 A working group comprising terminal operators, CSX and Norfolk Southern railroads, and the Port Authority of New York and New Jersey has been formed to improve service reliability in the wake of this summer’s operational problems at the port.

The group plans to meet quarterly to address concerns in operating practices and the rail network. The first session was held on Sept. 17.

The port authority said all terminals advised they are current with rail import and export transfers, and are transferring containers in 24 hours or less. It also said Millennium Rail operations are running at better than pre-summer level, are fully staffed, and have a third shift available to handle more volume.

Port Newark Container Terminal and and port authority officials said the PNCT rail expansion project is ahead of schedule, with its first phase set for completion in October and all four tracks of the project scheduled to be operating by next August.

PNCT reported that its recently completed flyover has greatly improved its operations. New York Container Terminal and the port authority noted that they have begun to build tracks 6 and 7 at the Staten Island Terminal. The total project will offer another 3,000 feet of track and is expected to finish in May 2014.

Global Terminal said it has moved its chassis depot off terminal to free up operating capacity. For rail operations, Global continues to barge its rail cargo to and from NYCT.