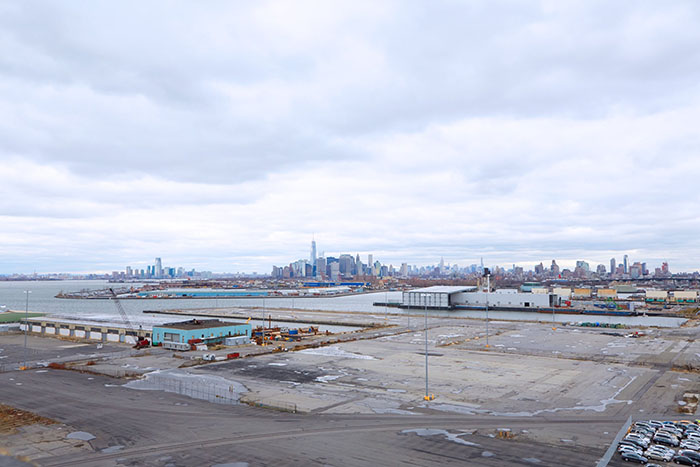 Red Hook Container Terminal, the operator of the Port of New York and New Jersey’s smallest container terminal, will develop and run a new container and breakbulk terminal designed to boost barge traffic in and around the port.

The operator, which runs the sixth and smallest terminal in the port, has signed a 36-year lease to develop and run the 65-acre site known as the South Brooklyn Marine Terminal (SBMT), the New York City Economic Development Corp. (NYCEDC) said Tuesday. The city hopes the plan will cut thousands of truck moves generated moving cargo in and out of Brooklyn and Queens, and Long Island.

The NYEDC’s proposal comes four months after New York State Governor Andrew M. Cuomo outlined a proposal to close Red Hook and move it to a more remote location. The Port Authority of New York and New Jersey said at the time that one plan under consideration was to move Red Hook terminal to the SBMT site, about two-and-a-half miles to the south.

The port authority is expected to include a plan for the future of Red Hook in a 25- to 30-year masterplan for the entire port that is close to completion and is expected to be released in the coming months. A source familiar with the Port Authority’s plans said that the authority will follow Cuomo’s proposal and recommend moving Red Hook to the SBMT.

Ryan Birchmeier, a spokesman for the NYCEDC, said the agency is pursuing the SBMT plan out of a belief that it is the strongest plan for the site, and the plan is unrelated to Cuomo’s proposal.

Mike Stamatis, president and CEO of Red Hook terminal, said the company will invest about $20 million to develop the SBMT — parts of which the company is already using for temporary projects — in an upgrade that will take about 12 to 36 months. The terminal will act partly to help expand the cross-harbor barge service launched in 2016 by the port authority to reduce truck traffic and cut pollution in 2016. The service operates between Newark in New Jersey and Red Hook Container Terminal.

The goal is to create SBMT as a “hub” for barge services, Stamatis said. The project will “help, and start, to create a regional barging service up and down the (Route) 95 corridor, taking trucks off the road from Wilmington, (Delaware), Philadelphia, New York City,” and will move freight that is headed north to Hunts Point, in the Bronx, Rhode Island and even Portland, Maine, he said. The NYCEDC said the terminal could eliminate 11,000 truck trips a year.

The 80-acre Red Hook terminal, with a 5,500-foot berth and depth of 42 feet, has for a while been the subject of speculation about its future and whether the space could be better used for residential developments. The terminal’s lease expires in September and the port authority is in discussion with Red Hook Container Terminal about extending the current lease.

Stamatis, noting the negotiations over the Red Hook contract, said the company will operate “both sites simultaneously” for the moment.

“Our operations at Red Hook are going to continue for the foreseeable future,” he said. “We will see as far as Red Hook what the future holds.”

The NYCEDC in 2015 leased an 88-acre land parcel that includes a former automobile import facility, on which it will develop the SBMT, with plans to sublease it to a shipping tenant. The organization has so far invested $115 million in the terminal, which Red Hook Container Terminal has used temporarily to bring in materials for the New York Wheel, a 630-foot rotating sightseeing wheel on Staten Island.

Red Hook Container Terminal has signed a 36-year lease with NYCEDC on 65 acres of the site, on which the company expects to handle 900,000 tons of material a year.

Stamatis said the more than 3-million-square-foot terminal, which has multiple berths and a 33-foot depth, will be upgraded with repairs to the existing bulkhead, a mobile crane to put containers on and off the barges, and a bulk cargo crane.

The NYCEDC, calling the terminal the “Sustainable South Brooklyn Marine Terminal,” said it will become a “major shipping hub” with uses including “waste paper recycling and export, the importation of lumber, salt, and aggregate material, container-on barge-operations, and project cargo.”